Women must not be sidelined in climate crisis talks, says scientist Katharine Hayhoe. 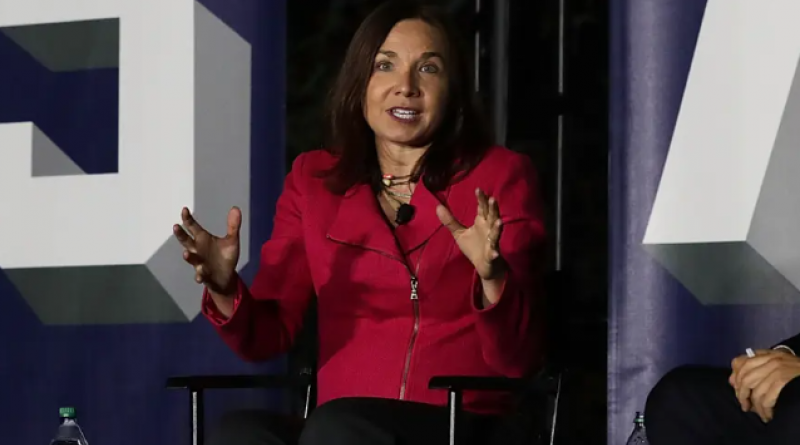 The Independent speaks to Prof Hayhoe as she is appointed chief scientist of the Nature Conservancy, one of the world’s largest environmental organisations.

More effort must be made to represent women and minorities in climate crisis talks, says leading scientist Katharine Hayhoe.

The Canadian climate scientist said it was “very sad” to see too few women involved in the leadership of Cop26, a key round of UN climate talks that are to be hosted in the UK in November.

Prof Hayhoe was one of 400 female climate leaders to sign an open letter calling for the prime minister to “urgently address” the lack of gender balance in the UK Cop26 leadership team in December. The group noted that more than three-quarters of those on the Cop26 leadership team were men.

“The fact that today in 2021, over five years later, we are still talking about the need to include more women, is a testament to how slow we’ve been moving and how rapidly we need to accelerate change,” she told The Independent.

“Social science has shown us that the greater the diversity of voices that you have at the table – in terms of life experience, culture, knowledge, expertise, gender, race and other things – the bigger the range of possible solutions you’re able to come up with.”

Prof Hayhoe was this week appointed chief scientist at the Nature Conservancy, one of the world’s largest environmental organisations. Her new appointment will see her step down as co-director of the Climate Science Centre at Texas Tech University, although she will still maintain an academic role at the institute.

The Nature Conservancy operates in more than 70 countries and claims to have protected 125 million acres of land across the world. The organisation came under scrutiny for its alleged mistreatment of women and minorities in 2019, leading to the departure of two senior staff members.

Prof Hayhoe is the first woman to be appointed chief scientist at the organisation.

“Part of what convinced me that this was really a great fit for both of us was the fact that everyone I spoke to during the recruitment and interview process – whether it were a board member or the CEO or a scientist – brought up their concern over the need to include diversity,” she said.

She added that she hoped to use her role to reach out to and work with people across the political and socioeconomic spectrum.

“Climate change is extremely urgent,” she said. “We don’t have a magic deadline of 12, 11, 10 or 9 years. It’s more a case of every year counts, every tonne of carbon counts.

“We need everyone on board to help fix climate change. We’re not going to be able to fix it with only the people who are already concerned today.

“We have to show people that whoever they are, they already care – even if they didn’t realise it – because climate change is affecting the places where we live, the water that we drink, the food that we eat and the air that we breathe.

“It’s also affecting the bottom line of businesses, and the security and safety of our homes and our nations.”

Generations of progress for women and girls could be lost to COVID pandemic, UN chief warns.

Between Covid, climate change and the budget, no wonder many women are rethinking having babies.

A record number of women will serve in the 117th Congress, including at least 51 women of color.