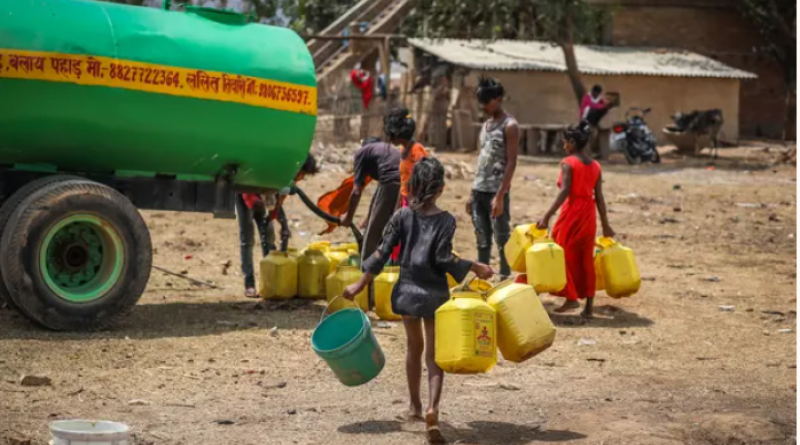 If the future remembers any corporate villain from 2022, it will be Stuart Kirk. The satirically titled head of “responsible investment” at HSBC looks the part: shaven headed, tightly trimmed beard, hard, sharp eyes. Like all the best villains, the banker’s arguments are insidiously appealing. He says out loud what his audience thinks, cutting through polite society’s pious crap to reveal its selfish desires.

“There’s always some nut job telling me about the end of the world,” he told the Financial Times’s Moral Money conference – and I haven’t made that title up either. “Who cares if Miami is six metres underwater in 100 years? Amsterdam has been six metres underwater for ages and that’s a really nice place.”

Notice the neat two-step he performs. On the one hand, only “nut jobs” talk of a catastrophe, even if the ranks of the nutty include the UN and every serious climate scientist. But when the nut jobs turn out to be anything but nuts, Kirk shifts his position and assures you that we will enjoy climate change, as Amsterdammers enjoy their canalside cafes. And if we can’t? We’ll all be dead in a 100 years anyway so who the hell cares.

I welcome Kirk’s rant as he was articulating what most governments must subconsciously think. Not one country has honoured the promises made at last year’s Cop26 summit in Glasgow. Alok Sharma, a cabinet office minister and Cop26 president, tried his best to stir them the other day by talking of “a monstrous act of self-harm” and “chronic danger”. To no avail. Like Covid lockdowns and 2021’s fashions, climate change is yesterday’s news.

Last week, the government launched a quarter-baked housing initiative, which almost certainly won’t happen, and will only force up the exorbitant price of property if it does. Not once did he mention insulating Britain’s homes. The omission was part of a pattern. In no recent statement has the government committed to improving our energy resilience. Our reliance on oil and gas funds despotic regimes from Russia to Saudi Arabia. Their emissions contribute to catastrophic climate change. Rising fuel costs are pummelling the incomes of millions. And yet nothing happens.

So many of the schemes to reach net zero strike my cynical mind as either utopian – the technology isn’t there – or too expensive for electorates to bear. Home insulation, by contrast, is authentically popular. It would halve heating bills and deliver tangible benefits to citizens. The Treasury’s fear of the short-term cost explains the policy paralysis in part. But there is a deeper intellectual confusion, not just here but across the world, which is closer to Kirk’s arrant complacency than fear.

Most studies of ignorance concentrate on the voters intellectuals oppose: Brexiters, Trump supporters and the like. But climate change is asking hard questions about the inadequate thinking of highly educated technocrats in rich societies.

Green economists are trying to explain why the US Federal Reserve, European Central Bank (ECB) and Bank of England are refusing to treat climate change as a systemic risk to the financial system. They wanted central banks to introduce one-to-one capital requirements for loans to fossil fuel companies. The more risk capital a bank is obliged to hold the less profit it makes on a loan. Faced with a punishing regulatory burden, banks would deprive polluting companies of resources by choosing to lend elsewhere.

It’s not that the project was dismissed as too radical. The Bank of England and Federal Reserve took the danger of a climate “Lehman moment” seriously. Isabel Schnabel, a member of the executive board of the ECB, wrote of climate change causing inflation, adding to monetary risk and amplifying volatility as extreme weather and massive suffering brought their inevitable economic consequences. Yet all rejected action. The Bank of England offered the democratic objection that “how to address the causes of climate change is a decision for governments and parliaments, not financial regulators”. But it succeeded only in raising the obvious follow-up question: why then aren’t democratically accountable governments directing banks to address climate change?

James Vaccaro of the Climate Safe Lending Network says that even the most intellectually gifted central bankers do not understand the difference between a crisis and a collapse. Or if they do in theory, they are too constrained by established ways of thinking to act on their knowledge.

An economic crisis caused by inflation, Russian militarism or Covid may be devastating. The world will suffer loss and damage. But from an economic point of view there is an “other side” to reach once the crisis has passed and we have returned to a type of normality.

There is no other side to a collapse. The Intergovernmental Panel on Climate Change (IPCC) is talking about the rapid acceleration towards breakdown. You can see it coming in the monstrous heatwave in India and the wildfires in Siberia. Once average global temperatures increase beyond 1.5C, “tree die-offs, drying peatlands, thawing permafrost and other self- reinforcing feedback loops [will] release additional carbon emissions, amplifying the warming further”. Climate change will spiral “beyond the ability of humanity to influence it”.

There are no climatic equivalents of interest rate rises or furlough payments to return us to a tolerable equilibrium.

Economists, like so many of us, can be slaves to the past. We think we can look backwards to the future. What happened the last time there was a land war in eastern Europe? How did previous Conservative PMs fare after a bloody confidence vote? In the best of times, the past is an unreliable guide, but it offers us no clues to our environmental future. Risk managers point out, that when, for instance, the European Banking Authority says that evidence of climate change causing economic chaos is scarce, it failed to ask what evidence it expected to find in backward-looking data.

If ever there was a case for vigorous bank regulation, Stuart Kirk made it. In his address to the FT’s moral money-makers he said that the average length of a loan was six years. “What happens to the planet in year seven is actually irrelevant to our loan book.”

HSBC suspended him for telling tales out of school. But the governments, central bankers and business leaders who believe it is “irrelevant” what happens when they have retired in six or more years are still, I am afraid, very much with us.

Nick Cohen is an Observer columnist

Imagine an economy of peace