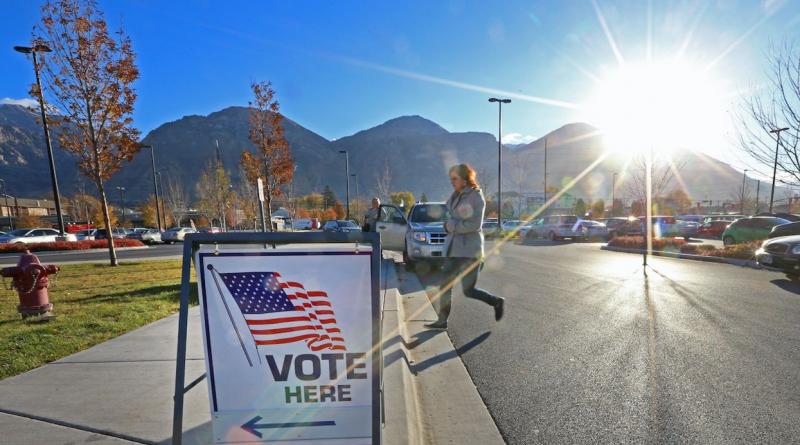 The dangers of climate chaos are conspicuous across the country as wildfiresrage in the West where prolonged drought has turned some forests into a tinderbox, the Gulf Coast braces for back-to-back tropical storms, and the Midwest picks up the pieces from the derecho storm.

Climate Insights 2020 is based on survey data collected by Resources for the Future. The report is intended to take into account the manifold issues facing the American public — from the global pandemic to mass unemployment to racial injustice — to provide insights to policy makers and the public about the current sentiments of voters. It turns out that despite the upheaval from the pandemic, the climate crisis is a major issue for the American public.

"We continue to see huge majorities of Americans believing that climate change is real and a threat, and passion about the issue is at an all-time high. No doubt, this issue will weigh heavily in the minds of a substantial number of Americans when they cast their ballots in November," said Jon Krosnick, a Stanford University professor and report co-author, in a statement. "People are more sure than they've ever been."

The report found that the need to address the global pandemic did not become an either/or choice for voters. Voters believe that mitigating the climate crisis needs to be done simultaneously with addressing COVID-19 and the economic fallout, as The New York Times reported.

Two years ago, 68 percent of survey respondents said the government needs to do more to address global heating. In 2020, that number was unchanged.

As for climate crisis mitigation, 82 percent of survey respondents said the government should act, according to the report.

"People can walk and chew gum at the same time," said Krosnick, as The New York Times reported.

"The COVID-19 pandemic has been a unique test for how people feel about climate change when faced with a different global crisis," said Ray Kopp, Resources for the Future vice president for research and policy engagement, in a statement. "The argument that we can't do anything about climate change without crashing the economy, or that we need to just focus on the pandemic and not do anything on climate right now simply doesn't resonate with Americans."

One of the more striking elements of the survey was the growth in the number of people who feel the climate crisis strikes so close to home that they are motivated to take action. That subset is most likely to contact lawmakers, make donations, lobby for a cause, participate in protests and allow the issue to steer their decisions at the ballot box.

"They are the people who make things happen on the issue," said Krosnick, according to The New York Times.

The survey found that the percentage of people motivated to act by the climate crisis nearly doubled over five years, from 13 percent in 2015 to 25 percent in 2020.

That makes the climate crisis the second largest issue that motivates people to act after abortion, which clocked in at 31 percent. The group of American voters that are passionate about gun control is 17 percent, according to the survey, as The New York Times reported.

The survey also found that 81 percent of Americans believe the earth has gotten warmer over the last 100 years; more than three-fourths believe it will continue to do so over the next century; and the same amount say they have seen the effects of global heating first hand, according to the report.

The data shows that the climate crisis is "not fading from people's memories, it is not fading from their sense of importance just because other issues have arisen," said Anthony Leiserowitz of the Yale Program on Climate Change Communication, to The New York Times.

This year, former Vice-President Joe Biden has reaped the benefits of voter concerns as waves of donations from the climate-concerned have flooded into his campaign, as The New York Times reported last week.

"That is a sea change. We've now got a class of people called 'climate donors' in a way we had environmental donors before," said David Bookbinder, general counsel for the Niskanen Center, a nonpartisan think tank in Washington, to The New York Times. "Climate has taken over as an issue on its own. People are finally understanding that we have a truly existential crisis on our hands."