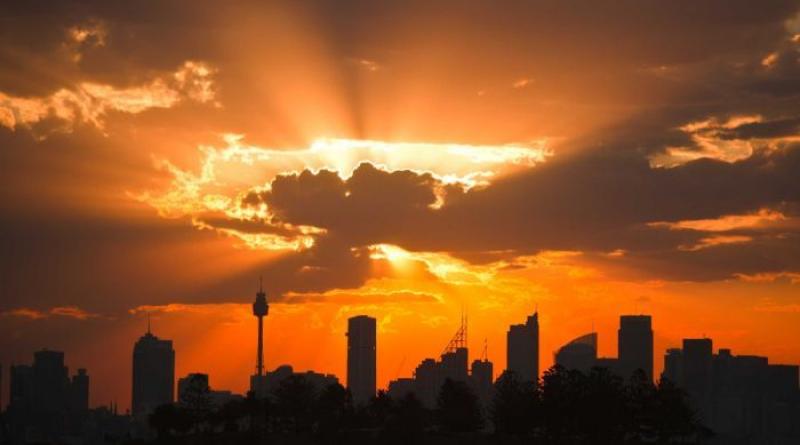 Last year was the fourth warmest year on record and the outlook is for more sizzling heat approaching levels that most view as dangerous for humankind on the Earth, a United Nations report has shown.

The new report said the world was on track to have average global temperatures rise to 3 degrees Celsius by 2100, as record levels of man-made greenhouse gas emissions, mainly from burning fossil fuels, is trapping more heat in the Earth's atmosphere.

In 2015, almost 200 governments adopted the Paris climate agreement to phase out the use of fossil fuels and limit the rise in temperatures between 1.5C to 2C, to avert "dangerous" man-made climate change.

Scientists warn there could be more to come as a long-term rise higher than 2C could have more disastrous consequences.

"The long-term temperature trend is far more important than the ranking of individual years, and that trend is an upward one," the UN's World Mereological Organisation (WMO) secretary-general Petteri Taalas said in a statement.

"The 20 warmest years on record have been in the past 22 years," Mr Taalas said.

wo US agencies, the United Kingdom Met Office and the WMO have analysed global temperatures in slightly different ways, but each came to the same conclusion on Wednesday: 2018 was the fourth-warmest year on record behind 2016, 2015 and 2017.

NASA and NOAA climate scientists said even though 2018 was a tad cooler than the three previous years that was mostly due to random weather variations.

Last year, the United States alone suffered 14 weather and climate disasters with losses exceeding $US1 billion ($1.4 billion) each, led by hurricanes and wildfires, according to the US National Oceanic and Atmospheric Administration (NOAA).

This year has also started with scorching temperatures, including Australia's warmest January on record, while North America had the complete opposite, experiencing a polar vortex that plunged parts of America into temperatures colder than that of Antarctica's.

The British Met Office said temperatures could rise to 1.5C above pre-industrial times, for instance if a natural El Nino weather event adds a burst of heat.

"Over the next five years there is a one-in-10 chance of one of those years breaking the [1.5C] threshold," Professor Adam Scaife of the Met Office told Reuters of the agency's medium-term forecasts.

"That is not saying the Paris Agreement is done for… but it's a worrying sign," he said.

This week, a separate report from the International Centre for Integrated Mountain Development found thatthe Himalayas would lose two-thirds of its glaciers if temperatures rose by 2C by 2100.

US President Donald Trump, who has cast doubt on mainstream climate science and promotes the coal industry, plans to withdraw the United States from the Paris Agreement.

He did not mention climate change in his State of the Union speech on Tuesday.

Patrick Verkooijen, head of the Global Centre on Adaptation in the Netherlands, told Reuters that the WMO report showed "climate change is not a distant phenomenon but is here right now".

He called for more, greener investments, ranging from defences against rising seas to drought-resistant crops.

BURKINA FASO: The Nagréongo solar power plant is commissioned as a PPP project