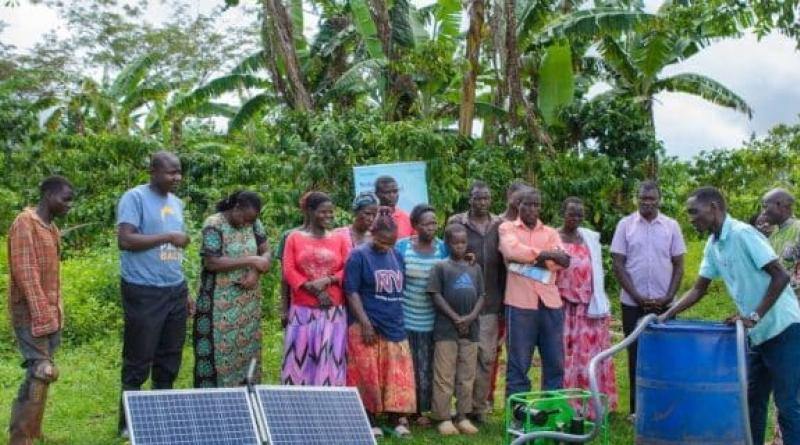 Under the Energising Development (EnDev) programme, its management body is inviting tenders for the selection of a consultancy firm for the development of solar irrigation in central and eastern Uganda. The call for expressions of interest is open until 29 September 2022.

The Deutsche Gesellschaft für Internationale Zusammenarbeit (GIZ), the German international development cooperation agency, is seeking the services of a consulting firm for its Sustainable Energy for Smallholder Farmers (SEFFA) project in Uganda. The company hired will be responsible for organising awareness-raising workshops, training and advice to farmers on solar irrigation.

According to GIZ, this initiative aims to fill the knowledge and awareness gaps on solar irrigation among the various stakeholders in order to create market demand and accelerate the adoption of solar irrigation in Eastern and Central Uganda. The call for expressions of interest is open until 29 September 2022.

In Central and Eastern Uganda, the SEFFA project is being implemented under the Energising Development (EnDev) programme. A partnership between the Dutch Ministry of Foreign Affairs and the German Ministry for Economic Cooperation and Development, the programme aims to improve access to clean energy in the beneficiary countries. Since its launch in 2002, the EnDev programme has benefited an estimated 25 million people worldwide.

The initiative is also funded by Norway, the UK, Switzerland and Sweden. EnDev has been involved in the implementation of several clean energy projects in recent years. In Kenya, for example, the programme provided an output-based grant (RBF) to the Kenyan subsidiary of solar off-grid provider Renewvia Energy for the installation of three solar-powered mini-grids in Turkana and Marsabit counties. These installations became operational in June 2020. The SEFFA project, which is being tendered, is expected to contribute to strengthening EnDev’s impact in Uganda.