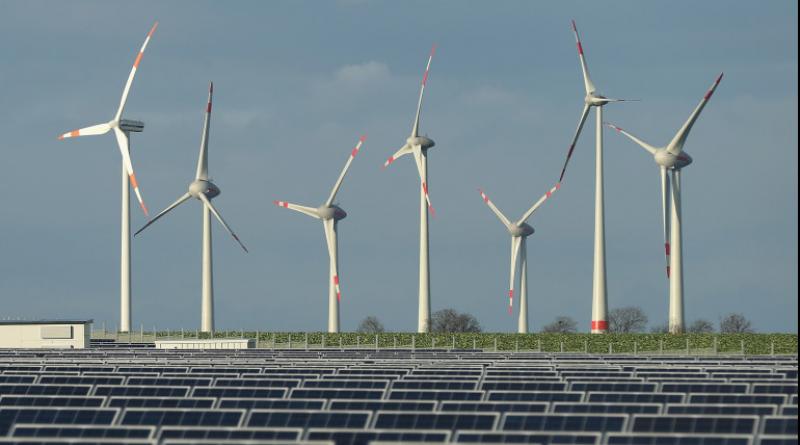 The Trump administration’s Department of Energy (DOE) is holding onto nearly $US1 ($1.5) billion of funds allotted for a clean energy program research and development program, congressional Democrats said at a hearing on Wednesday.

Standing before the House Science and Space Committee’s oversight panel, the committee’s chairman Democratic Representative Bill Foster of Illinois, said the DOE’s Office of Energy Efficiency and Renewable Energy (EERE) didn’t spend $US823 million ($1.220 billion) in funding appropriated by U.S. Congress last year. Those funds were meant to provide grants and other funding to research methods to boost renewable energy, electric vehicles, and energy efficiency. The office also cancelled a $US46 ($68) million program to fund solar research and development.

U.S. Republican Representative Ralph Norman of South Carolina said that having unspent “carryover” funds from year-to-year is “business as usual.” But that’s a lot of money to be withholding simply as carryover funding. The $US823 million ($1.220 billion) is more than a third of the EERE’s total budget. It’s clear that this is politically motivated.

Trump brags that he’s overseen an expansion of fossil-based energy, and seems to have a weird aversion to even small moves to renewables. Last year, his administration rolled back efficiency standards for lighting that will keep incandescent bulbs around because Trump said LED bulbs make him look orange (...?).

He’s recently proposed similar rollbacks for efficient  dishwashers and toilets, too. This is not a man or administration that values efficiency or renewable energy.

So it’s no surprise that Trump’s EERE would underspend its budget earmarked to improve those things. In fact, the Trump administration has proposed cutting EERE’s budget for years. Last year, Trump’s budget proposed cutting the office’s funding by 86 per cent. Thankfully, Congress ignored the request and increased its funding instead.

“The magnitude of carryover funds is an indication of whether DOE is following congressional guidance and spending appropriated funds in a timely manner—and more carryover funds means less money from prior years is getting to clean energy innovators to do their work,” said Arjun Krishnaswami, the Natural Resources Defence Council’s Climate and Clean Energy Program analyst, in his testimony.

Daniel Simmons, the EERE’s assistant secretary, said the department “fully intends to utilise its appropriated research funding.” But Simmons, who Trump appointed to lead the office in 2017, is a critic of renewables research and development. And of course, the Trump administration’s record on clean energy is awful.

It replaced the Clean Power Plan with a rule that lets coal plants stay open longer, withdrew emissions standards for power plants, and rolled back auto emissions standards. If we’re going to survive climate catastrophe, we need more, not less, environmental regulation and funding for for renewable energy research and implementation.

Gizmodo has reached out to the committee for more details and will update this post if we hear back.

Transitioning to 100% renewable energy by 2050 would pay for itself.

Africa's 'first fully solar-powered village' wants to be a model for a renewable future.