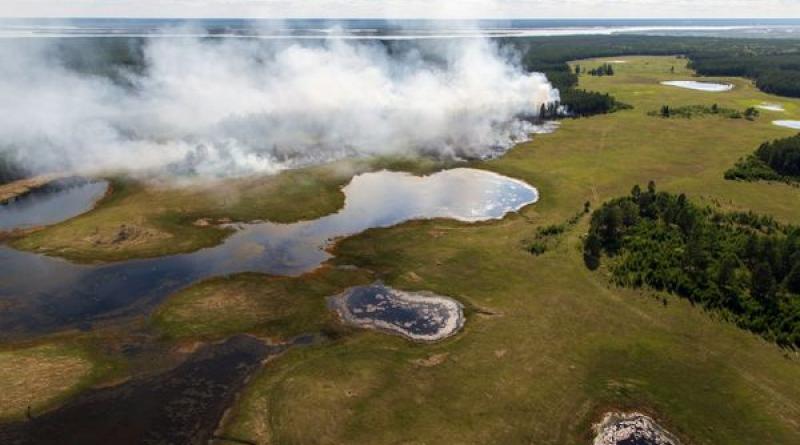 The vast Arctic Siberia region, already warming faster than the rest of the world, experienced record heat and fires for the second straight year in June, adding to concerns of climate scientists.

Average land temperatures last month were the highest ever recorded, more than 5 degrees Celsius above normal and slightly above the June 2019 mark, according to the monthly report by Europe’s Copernicus Earth observation agency. Nowhere else in the world have temperatures in June and in the last 12 months varied the most compared to the historical average.

“What is worrisome is that the Arctic is warming faster than the rest of the world,” said Carlo Buontempo, director of the Copernicus Climate Change Service. “The exceptionally high temperatures in Arctic Siberia that have occurred now in June 2020 are equally a cause for concern.”

The warming climate means that lakes in the Arctic are covered by ice over shorter periods of time. That is leading to an increase of methane emissions, a greenhouse gas that traps 32 times more heat than carbon dioxide, according to a separate paper by researchers at Purdue University in Indiana made public on Monday.

Temperatures varied widely within the region, according to Copernicus. A heatwave in western Siberia eased in June, but unusually high temperatures were recorded in Russia's east. A meteorological station in the town of Verkhoyansk, in eastern Siberia, registered a new record for the region — 38 degrees Celsius (100.4 Fahrenheit) on June 20.

Scientists also believe that the drier soil has contributed to increased fire activity, which last month surpassed the previous record, set in June 2019. They have been concentrated in the far northeast of Siberia. Fires there, as well as in Alaska and the Yukon Territories in the U.S. and Canada respectively, have been increasing since the second week of June and have resulted in the highest estimated carbon emissions on record for that month.

“Higher temperatures and drier surface conditions are providing ideal conditions for these fires to burn and to persist for so long over such a large area,” said Mark Parrington, a senior scientist at the Copernicus Atmosphere Monitoring Service. If this year’s fires continue to progress like last year “we could see intense activity for the next few weeks.”