A radical new freezing method could cut emissions equal to one million cars, while keeping your food fresh 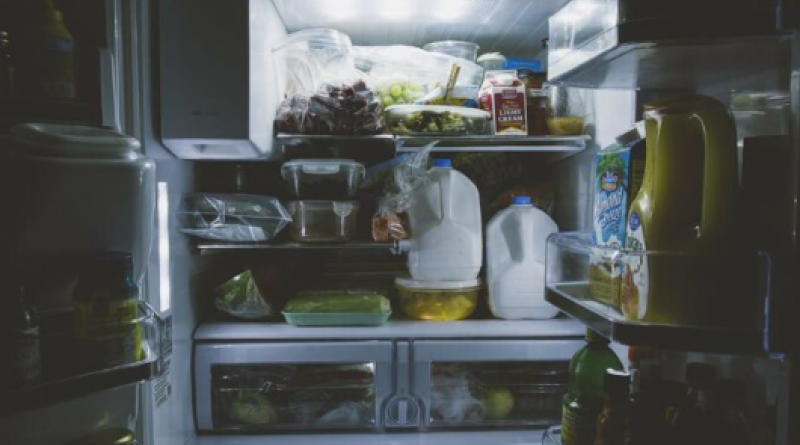 We're on the cusp of a new revolution in freezing foods.

When the first freezers were mass-produced after World War II, food preservation was never the same. This seemingly simple yet wonderful invention helped extend the life of produce from a few days to months. But there’s a cost: a lot of energy and subsequent carbon emissions.

This is why scientists have proposed switching freezing technology to a radically different method that is more environmentally friendly. By their estimates, carbon emissions equivalent to those produced by one million cars in a year could be avoided if we switch to this technology.

Residential and industrial electric freezers all operate following the same fundamental principle by compressing, condensing, and evaporating a refrigerant gas that absorbs the heat out of the food or whatever items you place inside. The underlying physics is that a gas that condenses into a liquid releases heat and when they evaporate they absorb heat (think of when you feel cold right after you finish a swim despite being summer and hot outside).

All of these processes occur at constant pressure, known as isobaric freezing. The main drawback of isobaric freezing is that it alters the food quality and lowers its weight. This happens because freezing removes water from the food in the form of ice and damages tissue in the organic matter through dehydration and cell rupturing due to abrasive ice crystals. You may have noticed that thawed frozen food is softer and mushier. That’s because the ice crystals cause the cell walls to rupture, dramatically altering your food’s texture.

Many of these drawbacks can be addressed with isochoric freezing, which occurs at constant volume rather than constant pressure. It works by storing foods in a sealed, rigid container that is completely filled with water, although other liquids may do.

Although the isochoric freezer reaches the freezing point of water, the food in the containers does not turn into solid ice. As long as the food stays immersed in these plastic or metal containers, it is protected from ice crystallization.

This process was recently demonstrated by scientists at the U.S. Department of Agriculture’s Agricultural Research Service (ARS) and the University of California-Berkeley. The team of researchers led by ARS research food technologist Cristina Bilbao-Sainz initially worked with isochoric freezing to cryopreserve organs for transplants in order to extend their lifetime. Even a few extra hours could mean the difference between life and death for patients on the waiting list.

But if isochoric freezing can protect highly sensitive human organs, preserving food should be a piece of cake. And when the researchers did the math on the energy consumption, they found that this freezing method is significantly more environmentally friendly than conventional freezing.

“A complete change over to this new method of food freezing worldwide could cut energy use by as much as 6.5 billion kilowatt-hours each year while reducing the carbon emissions that go along with generating that power by 4.6 billion kg, the equivalent of removing roughly one million cars from roads,” said Bilbao-Sainz in a statement.

“T­hese savings could be achieved without requiring any significant changes in current frozen food manufacturing equipment and infrastructure, if food manufacturers adopt this concept,” she added.

Besides energy savings, isochoric freezing enables the storage of higher quality of food, particularly in the case of fresh foods such as tomatoes, cherries, berries, and potatoes that are notoriously difficult to preserve properly.

“The entire food production chain could use isochoric freezing—everyone from growers to food processors, product producers to wholesalers, to retailers. The process will even work in a person’s freezer at home after they purchase a product—all without requiring any major investments in new equipment,” said WRRC center director Tara McHugh, co-leader of this study. “With all of the many potential benefits, if this innovative concept catches on, it could be the next revolution in freezing foods.”

Apart from obvious advantages to residential and industrial freezing for preserving food, this method may also be useful in applications such as medicine, biology, and perhaps even space travel.