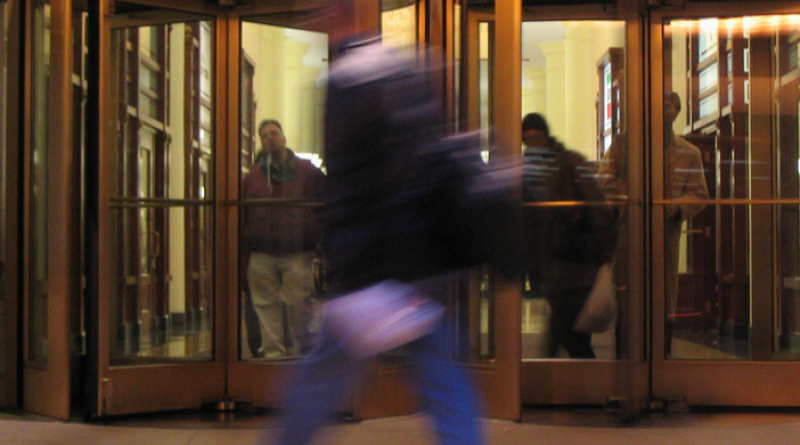 New research on Monday (25 October) revealed dozens of 'revolving-door' cases across some of the biggest oil and gas companies in the EU and their lobbying groups – triggering calls for stricter ethics rules, similar to those in the tobacco industry.

The 'revolving-door' phenomenon of public sector officials leaving for often more lucrative roles in the corresponding private sector creates a risk of conflict of interest, as their previous status, contacts and insider knowledge can benefit their new employers.

Former European Commission advisers, EU ambassadors, MEPs, national MPs, energy and financial ministers, and even members of the United Nations, are among the list of 71 officials who held a public role before they were hired by fossil fuel companies, and vice-versa, since 2015.

Collectively, they have spent over €170m lobbying EU policy-making for the last seven years.

Friends of the Earth Europe, Corporate Europe Observatory and Food & Water Action Europe, who jointly carried out this investigation, warned that the amount of such cases illustrates "how serious the problem of conflicts of interest is in climate policy-making" and how inadequate current rules are.

Civil society, the EU ombudsman and MEPs are leading a push to strengthen current ethics rules.

The EU ombudsman Emily O'Reilly this year launched a major inquiry examining 100 revolving-door files of senior and mid-level managers in the EU Commission.

The European Parliament, meanwhile, is asking for the creation of a new EU independent ethics body to enhance transparency of EU officials' activities, including revolving-door cases.

For their part, NGOs are calling for a cooling-off period of five years for regular public officials and 10 years for high-level positions – which refers to the time before moving into fossil-fuels corporate jobs.

Cooling-off periods vary from two to three years depending on personnel's functions in the EU and member states. In France, for example, it is also three years for high level officials.

"We must separate fossil-fuel interests from policy-makers, similar to existing legal restrictions on the tobacco industry," said Myriam Douo from Friends of the Earth Europe.

Besides revolving-door cases, the new report also revealed 568 meetings between EU commission top-level officials and representatives of these companies and their associations since 2015.

This figure represents an average of 1.5 meetings with high EU commission officials every week, for the last seven years.

However, under the current rules, only top-level officials from the EU institutions have an obligation to register their meetings with lobbyists.