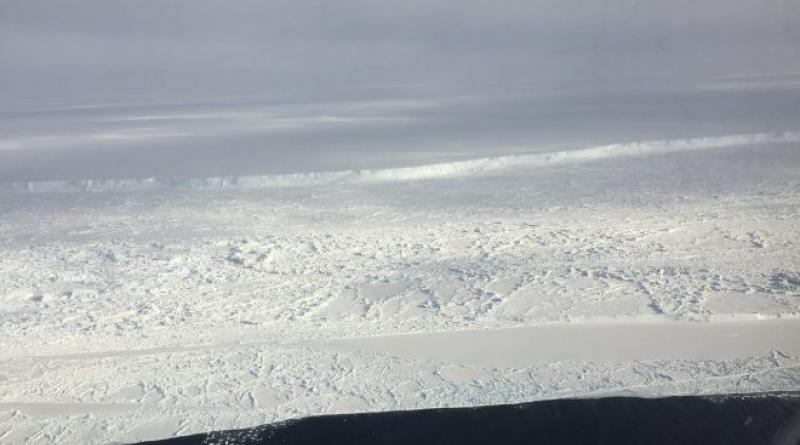 A 660-square-kilometre iceberg roughly twice the size of New York City is about to break away from the Brunt ice shelf in Antarctica, risking further instability in a region that is expected to add more than 25 centimetres (10 inches) to global sea level rise by 2070.

The crack first appeared in October 2016, The Guardian reports, citing the U.S. National Aeronautics and Space Administration (NASA). Now, “the crack is spreading to the east. This rift, known as the Halloween crack, is set to intersect with another fissure that was apparently stable for the past 35 years but is now accelerating north at a rate of around 2.5 miles a year.”

“The likely future loss of the ice on the other side of the Halloween crack suggests that more instability is possible,” said NASA glaciologist Chris Shuman.

“The two glacial flaws are about 2.5 miles apart, and it could take days or months for them to finally rendezvous,” the Washington Post notes. “Even when they do, the iceberg that forms in the Weddell Sea won’t be the largest spawned by Antarctica. In fact, it might not even make the historical top 20.”

“It’s a large berg, but it’s not a massive berg—not by Antarctic standards,” Shuman told the Post. “The impact on the area is that these rifts have reactivated, and we’re not sure why. A new rift [the Halloween crack] formed in what was thought to be a pretty stable ice shelf.”

Since scientists have only been studying the region’s glacier shelves for about a century, Scripps Institution of Oceanography glaciologist Helen Fricker said it’s hard to say whether they’re calving at a faster rate. “I don’t think you can link one calving event to climate change,” she said. “That isn’t to say Antarctica isn’t undergoing rapid changes that are linked to climate change. But it’s in another region of Antarctica.”

While the new iceberg is expected to be “large by most measures, it is dwarfed by other recent Antarctic breakaways,” The Guardian notes. “In July 2017, one of the largest ever icebergs calved from the Larsen C ice shelf. At 2,200 square miles, it was nearly twice the size of the U.S. state of Delaware.”