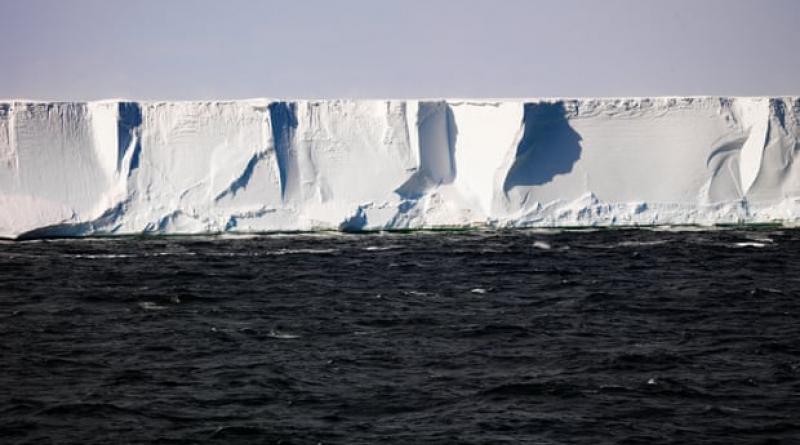 Research says melting will continue even if temperature rises are limited to 2C.

Melting of the Antarctic ice sheet will cause sea level rises of about two and a half metres around the world, even if the goals of the Paris agreement are met, research has shown.

The melting is likely to take place over a long period, beyond the end of this century, but is almost certain to be irreversible, because of the way in which the ice cap is likely to melt, the new model reveals.

Even if temperatures were to fall again after rising by 2C (3.6F), the temperature limit set out in the Paris agreement, the ice would not regrow to its initial state, because of self-reinforcing mechanisms that destabilise the ice, according to the paper published in the journal Nature.

“The more we learn about Antarctica, the direr the predictions become,” said Anders Levermann, co-author of the paper from the Potsdam Institute for Climate Impact Research. “We get enormous sea level rise [from Antarctic melting] even if we keep to the Paris agreement, and catastrophic amounts if we don’t.”

The Antarctic ice sheet has existed in roughly its current form for about 34m years, but its future form will be decided in our lifetimes, according to Levermann. “We will be renowned in future as the people who flooded New York City,” he told the Guardian.

Temperatures of more than 20C were recorded for the first time in the Antarctic earlier this year.

Jonathan Bamber, a professor of glaciology at the University of Bristol, who was not involved with the research, said: “This study provides compelling evidence that even moderate climate warming has incredibly serious consequences for humanity, and those consequences grow exponentially as the temperature rises. The committed sea level rise from Antarctica even at 2C represents an existential threat to entire nation states. We’re looking at removing nations from a map of the world because they no longer exist.”

Earlier this week, the earth’s northern ice cap also showed the impacts of the climate crisis. Arctic sea ice reached its annual minimum, at the second lowest extent seen in four decades. On 15 September, the ice was measured at 3.74m sq km, which marked only the second time that the extent has fallen below 4m sq km in the current record, according to the US National Snow and Ice Data Center.

Scientists said the melting ice was a stark sign of how humans were changing the planet. Twila Moon, a research scientist at the University of Colorado at Boulder, said: “It’s devastating to see yet another Arctic summer end with so little sea ice. Not only is there a very small area of sea ice, but it is also younger and more vulnerable overall. The Arctic is a changed place. All hope rests on humans to act on climate and slow this alarming pace of ice loss.”

While the Antarctic ice sheet will take centuries to melt in response to temperature rises, the new Nature paper showed how difficult it would be to reverse.

Antarctica’s vast ice cap, which covers about as much of the earth as North America and is close to three miles (5km) thick, holds more than half of the earth’s fresh water. Some of it is floating sea ice, which does not cause sea level rises in the way of ice melting from land, and is subject to melting from above and below because of the warming sea.

The researchers examined how ice over land in the region can be expected to melt, and found a strong “hysteresis” effect, which makes it harder for ice to re-form than to melt. When the ice melts, its surface sinks lower down and sits in warmer air, so it requires lower temperatures for the ice to reform than it did to keep the existing ice stable.

If temperatures rose by 4C above pre-industrial levels, which some predictions say is possible if the world fails to reduce greenhouse gas emissions quickly, then the sea level rise would be 6.5 metres from the Antarctic alone, not counting the contribution from Greenland and other glaciers. That would be enough eventually to inundate all of the world’s coastal cities and cause devastation on a global scale.