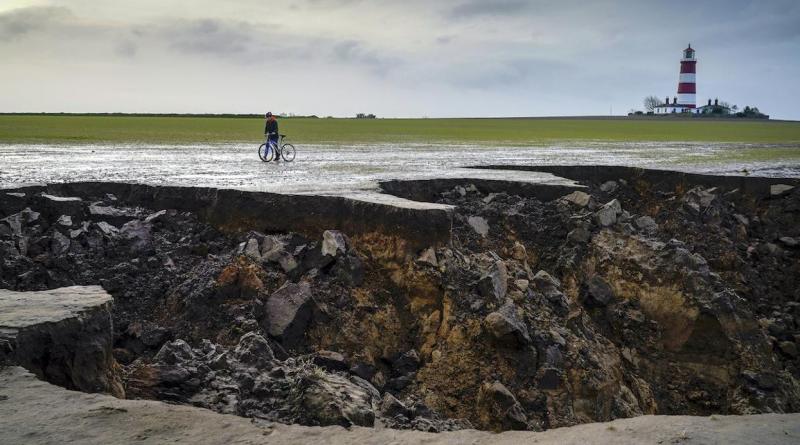 Climate campaigners on Thursday pointed to a study showing that Earth is hotter than it's ever been during the entire epoch of human civilization as the latest proof of the need to treat human-caused global heating like the dire emergency that it is.

On Wednesday, the peer-reviewed scientific journal Nature published a report revealing that an analysis of ocean surface temperatures found that the planet is hotter now than at any other time in the past 12,000 years, and that it may actually be warmer than at any point during the last 125,000 years.

Researchers Samantha Bova, Yair Rosenthal, Zhengyu Liu, Shital P. Godad, and Mi Yan detemined this by solving what scientists call the "Holocene temperature conundrum." This was the mystery of why the global heating that began at the end of the last ice age 12,000 years ago peaked around 6,000 years later — before giving way to the onset of a cooling period that lasted until the Industrial Revolution, when the current anthropogenic warming period began.

It turns out that the collected data, obtained from fossilized seashells, was inaccurate, showing only hot summers while missing the colder winters. 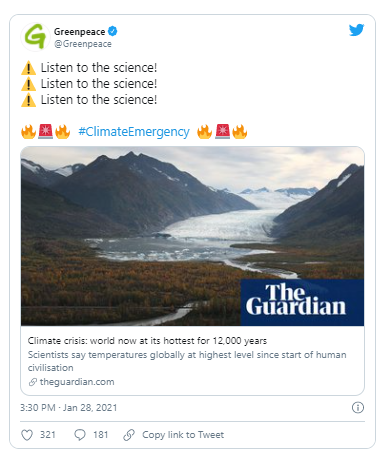 "We demonstrate that global average annual temperature has been rising over the last 12,000 years, contrary to previous results," research leader Bova, from Rutgers University in New Jersey, told The Guardian. "This means that the modern, human-caused global warming period is accelerating a long-term increase in global temperatures, making today completely uncharted territory. It changes the baseline and emphasizes just how critical it is to take our situation seriously."

The study was published on the same day that President Joe Biden announced a series of executive actions on the climate crisis that were hailed by the youth-led Sunrise Movement as "historic."

The White House said that the orders "follow through on President Biden's promise to take aggressive action to tackle climate change and build on the executive actions that the president took on his first day in office, including rejoining the Paris agreement and immediate review of harmful rollbacks of standards that protect our air, water, and communities."

While Biden's directives were welcomed as a necessary reversal from the policies and actions of the Donald Trump administration, climate advocates said that much more must be done — and in the case of fossil fuel expansion, not done.

Fridays for Future founder Greta Thunberg noted that the Biden administration has so far issued more than 30 new fossil fuel drilling permits, according to a Bloomberg report. 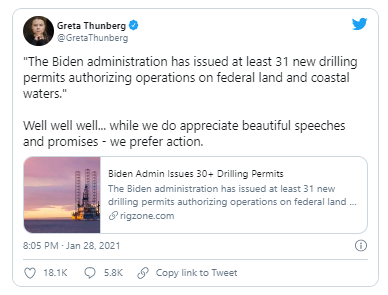 The drilling authorizations are being issued despite the administration's planned moratorium.

Jacinda Ardern to declare climate emergency on behalf of New Zealand next week.