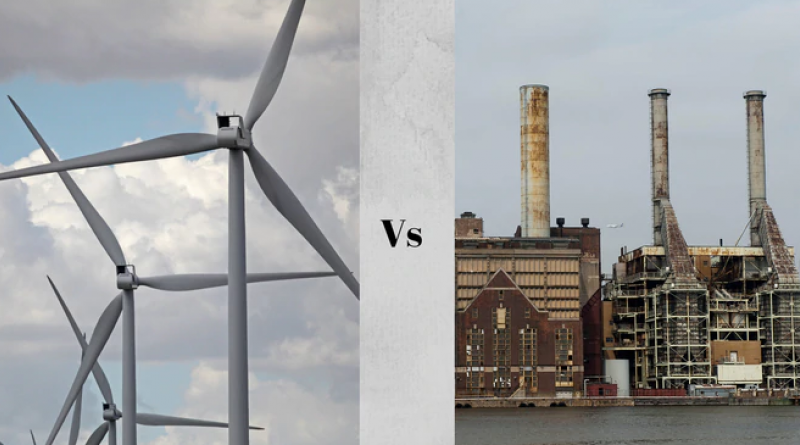 Clean, flexible resources allow renewable energy to be stored when it’s not needed (as opposed to, in effect, throwing it away like a meal that was cooked for guests who failed to arrive), and used later when demand is high (hungry teenagers and their friends). If we get the mix right, New Jersey can decarbonize the power sector at costs that are comparable to -- or below -- today’s gas-heavy energy mix, Tom Gilbert says.

The crafting of New Jersey’s new Energy Master Plan is taking place against a backdrop of a considerably changed energy landscape that makes clean, affordable electric generation the new reality. New Jersey no longer has to choose between policies that protect community health, natural resources and our climate, and those that protect our pocketbooks.

That’s the exact opposite of what many people assume.

We can lower costs and reduce dangerous greenhouse gas emissions, like carbon dioxide, if the master plan focuses on growing an optimized portfolio of renewable energy sources like wind and solar, along with a host of new clean flexible resources that will maintain grid reliability when generation comes primarily from renewable sources.

Clean, flexible resources allow renewable energy to be stored when it’s not needed (as opposed to, in effect, throwing it away like a meal that was cooked for guests who failed to arrive), and used later when demand is high (hungry teenagers and their friends). If we get the mix right, New Jersey can decarbonize the power sector at costs that are comparable to -- or below -- today’s gas-heavy energy mix.

This debunks the argument of those who claim that only by sticking with dirty fossil fuels (including natural gas) can we keep energy costs in line and maintain reliability. Unfortunately, the gas industry wants to mislead policymakers and utility consumers into thinking that getting to 100% clean energy by 2050 -- as the state’s draft Energy Master Plan envisions -- is a scary prospect, offering higher costs and lower reliability.

The Murphy administration was courageous and pragmatic in spelling out a goal in the draft Energy Master Plan to achieve zero emissions from in-state electric generation by 2050. These goals leave no doubt that fossil fuel consumption, including natural gas, will gradually decline to very low levels. The final plan will be based on cutting-edge analysis of how the electric grid will perform under increasing levels of renewables, every hour, from 2020 to 2050. It will clearly say how the right mix of renewables, storage and flexible load will replace gas.

The gas lobby continues to claim that we need to keep gas indefinitely to provide a “bridge” to far-off renewables, while trying to gain approval for yet more infrastructure projects that will quickly become obsolete. Recent reports by the Rocky Mountain Institute – a nonprofit that helps cities, states, and regions meet their energy and climate goals and boost economic growth -- provide sobering details about risks of building more gas-fired power plants and pipelines. With optimized clean energy portfolios now cost-competitive with new natural gas plants across the U.S., natural gas investments could result in over $100 billion in stranded costs that leave investors and consumers holding the bag.

According to the reports, over 95% of proposed gas-fired power plants in the eastern U.S. could economically be offset by clean energy by 2035. Clearly, it makes no sense to build additional pipelines that would be around long after they aren’t needed. The reports point to a better alternative: consumers could save $29 billion if clean energy portfolios replace the proposed gas-fired plants.

Further proof that renewable energy can save money for consumers comes from Indiana, a state not known as a hotbed of environmental activists. One utility there started moving to replace its coal plants with lower-cost resources based on competitive bids. Low-cost bids from solar and wind captured the lion’s share of this electric generation -- more than 70% -- and resulted in savings to customers of $4 billion over 20 years. Another Indiana utility proposed this year to replace its coal plants with a new large gas plant, but regulators refused to approve the gas plant, given the declining cost of renewables.

For all these reasons, the drafters of New Jersey’s Energy Master Plan need to both underscore and make maximum use of the low-cost clean energy solutions that exist today.

For decades, the levelized cost of energy (LCOE) -- a measure widely used to compare various methods of electricity generation on a consistent basis – showed that renewables cost more than fossil resources. Now, though, the LCOE of the most competitive renewables falls well below that of new fossil technologies. It’s indisputable that falling costs are making wind and solar technologies, in cost-effective applications and locations, cheaper than current market prices for electricity.

And the answer is: the current oversupply of greenhouse gas-emitting resources like coal and gas. New Jersey’s final Energy Master Plan, due at the end of this year, should identify steps to prevent building costly, unneeded new gas infrastructure, and hasten the retirement of gas plants that are no longer needed to keep the lights on or to keep costs low.

It would be a mistake to view New Jersey’s climate goals as radical, risky or expensive. This plan simply recognizes what is now obvious in Indiana. We can either embrace clean energy pathways to reduce energy costs and the risk to the globe’s climate system, or spend much more money on yesterday’s dirty, unsafe -- and costly options.

Renewable Energy to Overtake Natural Gas in the U.S. by 2035, Say New Studies.