How Much Hotter Is Your Hometown Than When You Were Born? 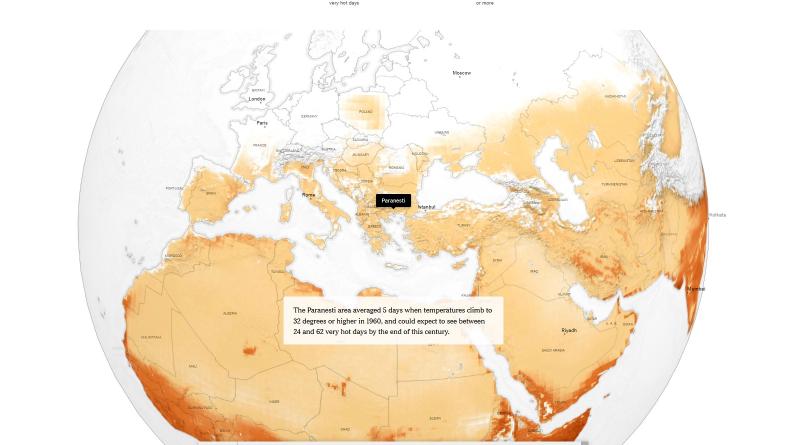 I was born in Paranesti, Drama, Greece.

Check the change in the number of hot days (above 32oC) in a year that has already been recorded since 1960 and most important check the projected change for the end of the century.

There were on average 5 days above 32oC when I was 8 years old.

Today there are 14 days on average above 32oC 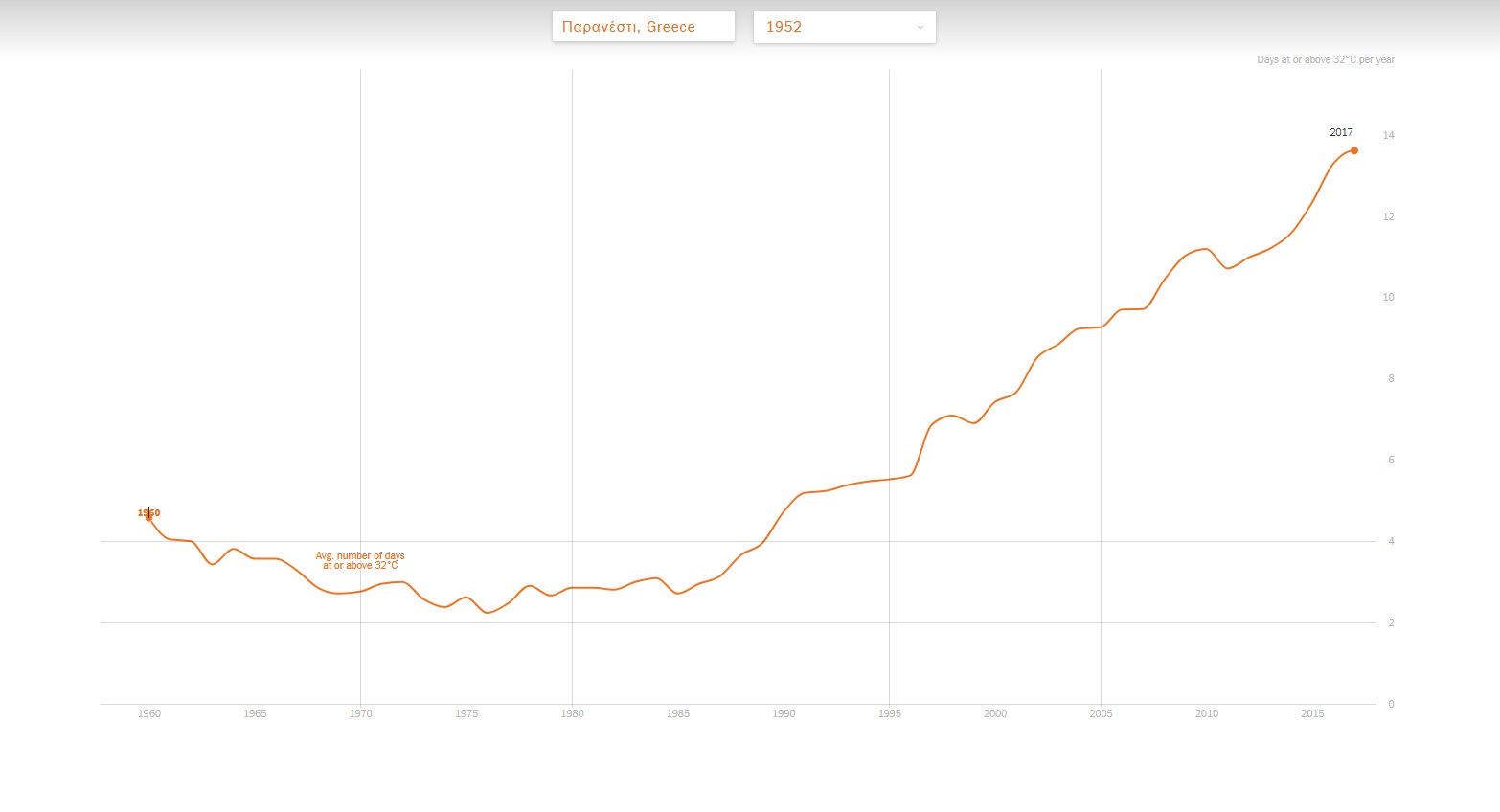 And by the end of the century there will be 33 days on average above 32oC. 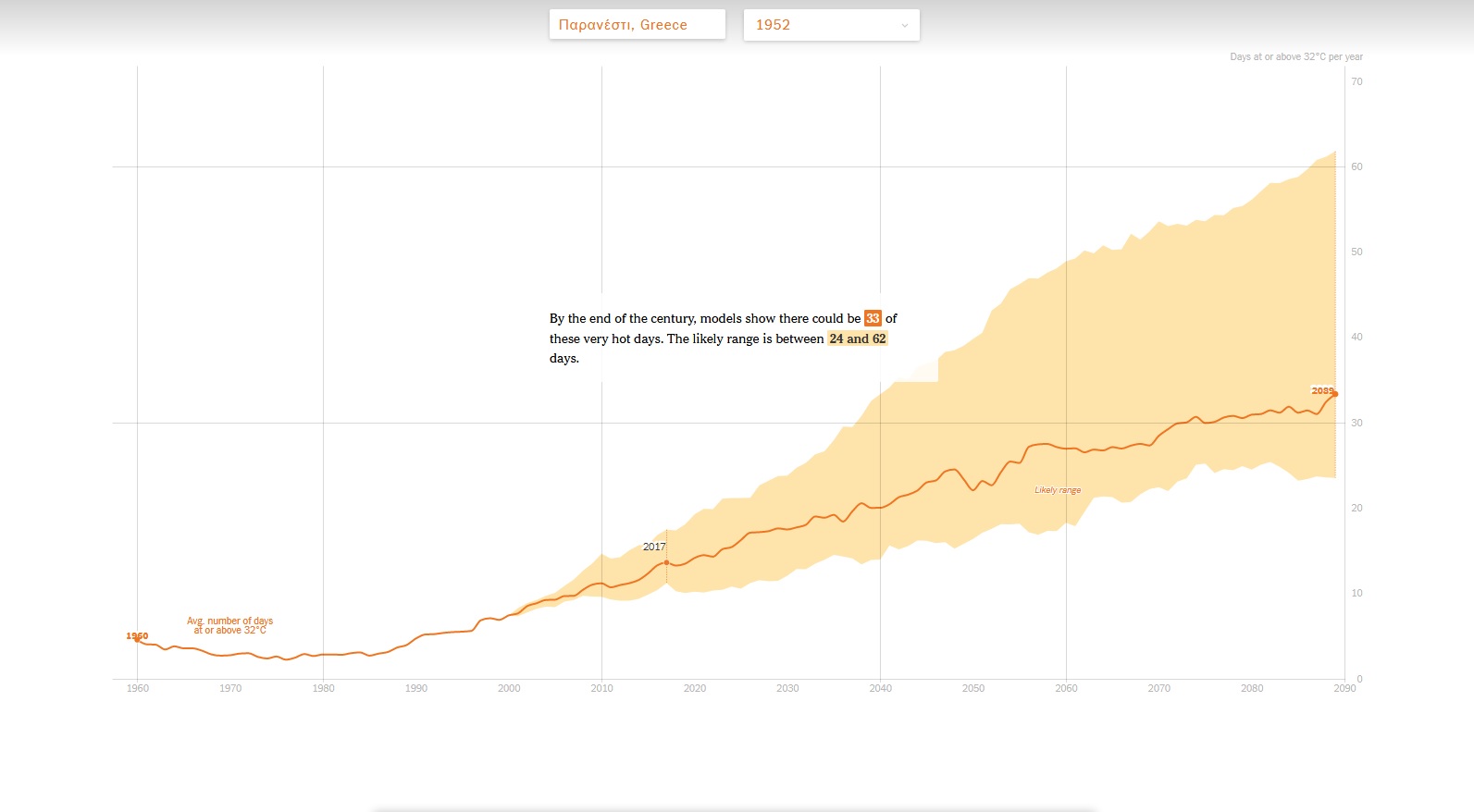 I am sorry dear Mr. President but I don't think you can call this a chinese hoax.

The Paranesti area is likely to feel this extra heat even if countries take action to lower their greenhouse gas emissions by the end of the century, according to an analysis conducted for The New York Times by the Climate Impact Lab, a group of climate scientists, economists and data analysts from the Rhodium Group, the University of Chicago, Rutgers University and the University of California, Berkeley. If countries continue emitting at historically high rates, the future could look even hotter.

The future projection shown here assumes countries will curb emissions roughly in line with the world’s original Paris Agreement pledges (although most countries do not appear on track to meet those pledges).

On the map below, you can see a global picture of how days at or above 32 degrees could increase by the end of the century.

Here is the link to check your own birthplace.