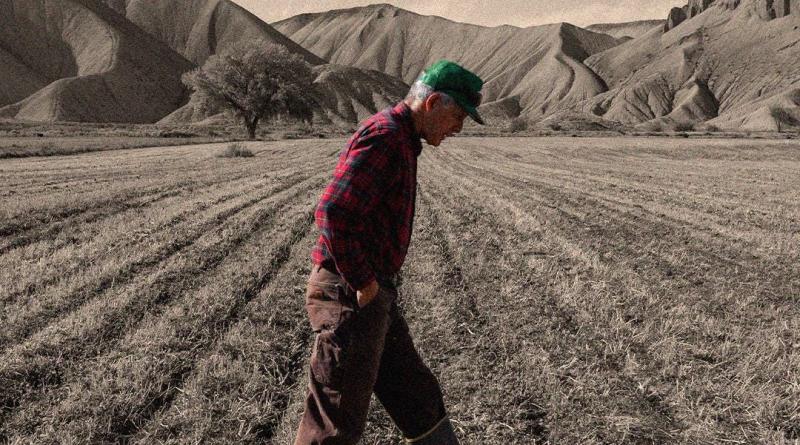 Challenges abound as industrial agriculture is threatened by access to key resources from water to healthy soils.

As a devastating and historic drought from Illinois to Texas to California grinds on, sophisticated mapping and data projection bring more bad news: Agricultural areas are among the places in the U.S. experiencing the highest temperature increases.

“It’s happening already,” says R.V. Guha, a Google Fellow who created a public database which pulls information from the U.S. Geological Survey and NASA to map water withdrawal for irrigation against projected temperature rises across U.S. counties and discovered a correlation. A changing climate “affects everything from water to crops to insects,” he says.

Most affected are almonds, olive oil and other specialty produce from California’s Central Valley, as well as citrus, grape and salad farms elsewhere in the state. California is also home to some of the largest dairies and pork slaughterhouses in the country, and grass-fed cattle ranchers in the northern part of the state. Row crop farmers harvesting corn and soybeans in Arkansas and other midwestern states are also impacted. At least 2,000 cattle in Kansas died this month during a heatwave. 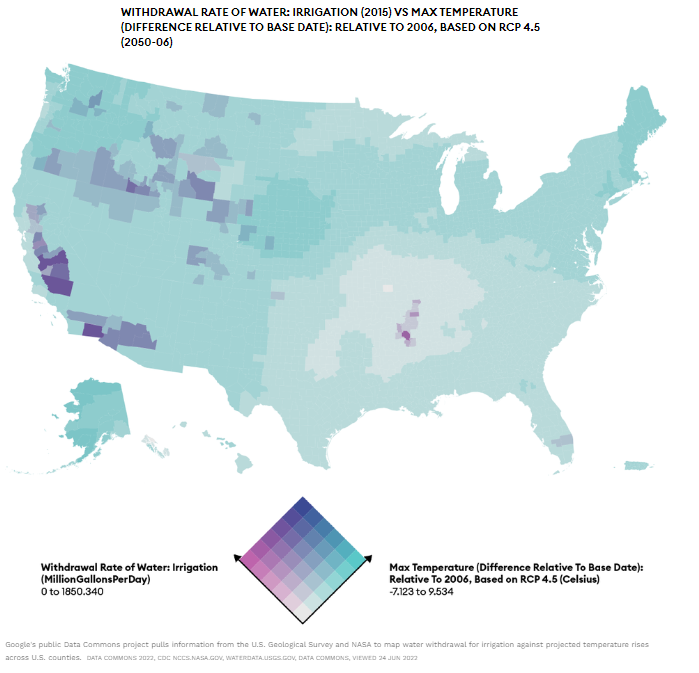 The skyrocketing price of water in New Mexico and Arizona have ranchers and other meat-producing operations considering getting out of the business. In Texas, the state responsible for the most greenhouse gas emissions where some western counties have been facing the least rainfall since the 19th century, beef and chicken will require millions of tons of water annually. Drought in Texas is currently responsible for the very poor condition of about 11% of the state's corn crop.

The regions America relies on most to feed its people are drying up. As populations have grown, more water has been pumped to residential areas as well as large-scale farms. Aquifers like Oglala in the Midwest and waterways like the Colorado River that flow to California and Arizona are struggling.

“This is the defining challenge for the next few decades,” Guha says.

These regions don’t just have water access and drought to worry about. Soil degradation is expected to be one of the central threats to human health in the coming decades. In America’s Midwest over the past 160 years, nearly 60 billion metric tons of topsoil have eroded. Too much is lost every year due to man-made influences like pollution from fertilizers, agricultural chemicals and antibiotics runoff. Some experts predict the earth will run out of topsoil within six decades.

The problem can’t be solved on a human timeline. Nature takes 500 years or more to create an inch of fresh topsoil. These conditions will make feeding populations a serious challenge.

Modern agriculture has been built on three key assumptions, says David Barber, a partner at agriculture and food investors Astanor Ventures: Cheap energy, free water and consistent weather. “The whole system does not function without that,” Barber says. “It reveals some of this for the house of cards that it is.”

“The whole system does not function without that. It reveals some of this for the house of cards that it is.”

A hotter planet is expected to produce less nutritious food. The internal chemistry of some staple crops like wheat and rice are disrupted when air is polluted with carbon dioxide. The amount of proteins and vitamins produced tends to decrease, according to several studies.

“Our legacy food system is now a food system in transition,” Barber says. “Like clean energy, it is going from what it was to what it’s going to be. It’s going to be better for people and more respectful of soil and ocean and planet, and the consumer wants that. Ignoring it and saying it will never change is not correct.”

When did scientists first warn humanity about climate change?