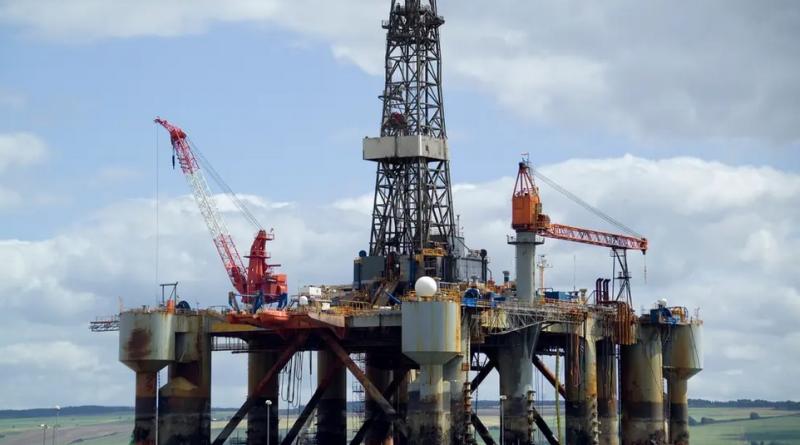 Oil and gas companies have been invited by the government to help write the rules on whether new drilling complies with the UK’s climate obligations, just months after Boris Johnson urged countries to stop extracting fossil fuels at Cop26.

A consultation quietly launched a few days before Christmas and after MPs went back to their constituencies signalled that ministers will green-light new oil extraction – despite scientists saying such exploration is not compatible with reaching net zero by 2050.

The document, which is described as being “predominantly” for the oil and gas industries, provides the “opportunity to input on the design” of UK policy.

Ministers were accused by environmentalists of living in a “fantasy” for claiming new drilling is compatible with taking action to tackle the climate emergency.

The shadow climate change secretary Ed Miliband added that the document “appears to prepare the ground to justify the most dangerous business as usual”.

A report by the International Energy Agency, commissioned by the UK’s own Cop26 president Alok Sharma, warned last year that new oil and gas production was incompatible with reaching net zero by 2050. A separate domestic review by the government, however, said that drilling could proceed subject to some conditions.

Those conditions are now set to be determined by the industry itself. Ministers say they want to “safeguard the future” of the oil and gas industry, which welcomed the move as potentially being a boon to “investor confidence” in fossil fuels, which scientists say should be phased out.

Business secretary Kwasi Kwarteng met oil industry executives for a private dinner just days after the Cop26 summit, ahead of the consultation being drawn up. At the international summit just days earlier, Boris Johnson had urged the world’s polluters to stop extracting coal, but he appears to have taken a different approach to the UK’s own fossil fuel reserves.

In the run-up to Cop26 The Independent launched the Stop Fuelling the Climate Crisis campaign - shining a light on fossil fuel production in the UK through investigative reporting.

In the consultation, the Department for Business, Energy and Industrial Strategy (BEIS) invited the “UK oil and gas industry and the investment community” as well as NGOs to submit ideas on what tests their projects would have to pass in order to be considered compatible with climate goals.

“The consultation launched today will give interested parties, including oil and gas industry stakeholders, the opportunity to input on the design of the new climate compatibility checkpoint,” the department said in a statement, adding that “responses from all interested parties are encouraged, although it is anticipated that the audience for this consultation will predominantly be industry stakeholders”.

It said that the rulebook would be established “using the feedback from this consultation”, which runs until late February.

Mr Miliband was unimpressed by the document. He told The Independent: “There is no real test for new oil fields like Cambo,” adding that the government was displaying “scepticism about whether we should even look at the impact of UK oil and gas production on emissions globally”, that it was paying “lip service to 1.5 degrees”, and that it had “no plan for a just transition for affected workers”.

“This is not the policy of a government committed to climate delivery but one that will only indulge in climate delay,” he said.

Environmental groups said the UK could not be said to be seriously fighting climate change without bringing an end to new oil and gas licences – as some other countries have done.

“The idea that a new oil or gas project can ever be ‘climate compatible’ is pure fantasy,” said Danny Gross, climate campaigner at Friends of the Earth.

“Scientists have told us repeatedly that approving new developments is inconsistent with limiting global heating to 1.5C. Yet our leaders continue to say one thing and do another, with puffed-up announcements that offer little on close inspection.”

He added that leaving the door open to future oil and and gas licences would cause the UK to “fall catastrophically behind on climate, and importantly, [on] phasing out fossil fuels”.

Mr Gross said: “Considering the government holds the Cop presidency until late next year, the coming months are ripe with opportunity for the UK to set a good example. This approach is half-baked and undermines the UK’s climate credibility.”

During Cop26, the Scottish first minister Nicola Sturgeon said a new oilfield at Cambo should be blocked on climate grounds – but UK government ministers have taken a less urgent line.

A government-commissioned review on whether new licences should be granted at all said they were not necessarily incompatible with meeting climate goals, but might become so.

But the IEA’s pathway to net zero by 2050, drawn up in May 2021, says that, under a balanced scenario, “there are no new oil and gas fields approved for development” after 2021.

Greenpeace UK’s policy director, Dr Doug Parr, said the government’s concrete proposals amounted to suggestions that “might be favoured by industry” but fell short “on actual compatibility with the climate crisis we’re in”.

Dr Parr added: “Can the carbon emitted by burning oil and gas from new fields be made to fit within our carbon budget? The International Energy Agency says no, as we already have too much oil and gas to take us beyond the globally agreed benchmark of a 1.5C temperature rise, and the government’s climate advisers agree. The oil and gas industry, however, disagrees.

“A real climate compatibility test would bring an end to new oil and gas licences, and accelerate our progress towards cleaner energy and a just transition for oil and gas workers. If the UK wants to make any claim of climate leadership, it’s hard to see how it can do anything else.”

Green Party co-leader Carla Denyer said that, while workers in the oil and gas sector needed support to transition, “this government proposal reeks of greenwash”.

“While it talks about a ‘North Sea Transition Deal’, the top line is a plan to hand out new oil and gas licences to fossil fuel companies.

“This is not compatible with achieving net zero at the rate we need to. We need clear government action to take control over the transition, rather than giving any sort of influence to an industry that’s already showing its strategy is to shift from climate denial to climate deceit.”

But the oil and gas industry welcomed the government’s approach. Katy Heidenreich, supply chain and operations director for Oil & Gas UK, the trade body representing the industry, said: “Our sector strongly supports the UK government’s ambition to demonstrate international leadership in delivering a just transition to net zero emissions by 2050.

“The UK’s domestic oil and gas industry has a critical role in maintaining the country’s energy security, being a major contributor to our economy, and the sector’s skills, experience and investment will be key to delivering a successful energy transition at pace.

“Our industry welcomes the transparency that a checkpoint for future BEIS licensing decisions provides. It is vital that this checkpoint is robust and ensures that future licensing rounds are compatible with the UK’s climate change ambitions, while maintaining investor confidence in the UK Continental Shelf.”

Energy and climate change minister Greg Hands said: “This new checkpoint will be key to our plans to support the oil and gas sector during its net zero transition. It helps safeguard the future of this vital UK industry as we create more opportunities for green jobs and investment across the country.”