Glaciers All Over the World Are Shrinking Fast—See for Yourself. 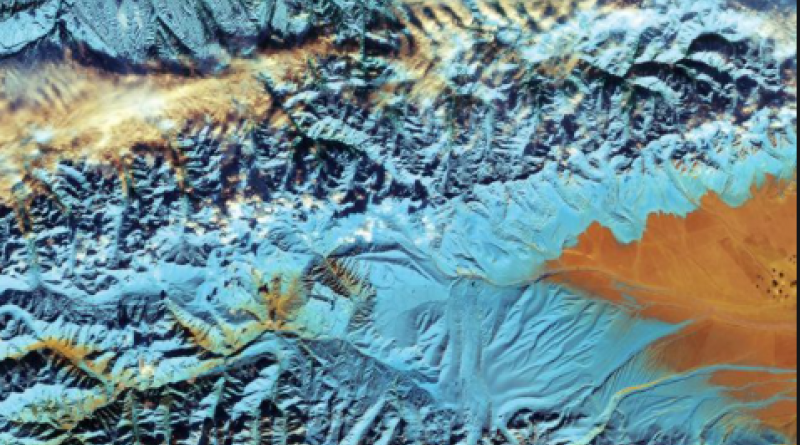 Advances in satellite technology reveal ice masses in Alaska and Asia have lost 4% of their volume in less than a decade.

Glaciers in the Gulf of Alaska and in Asia’s High Mountain region are melting so fast that the changes can be seen from space, with the shrinkage now measured in years rather than decades.

Just over 4% of the ice volume in these two regions disappeared between 2011 and 2019, according to the first study to monitor large-scale changes in glacier thickness, mass and sea-level contribution. Researchers used radar altimetry technology embedded in a European Space Agency satellite, which they say is the first step toward year-round observation of all of the Earth’s glaciers from space in high resolution. 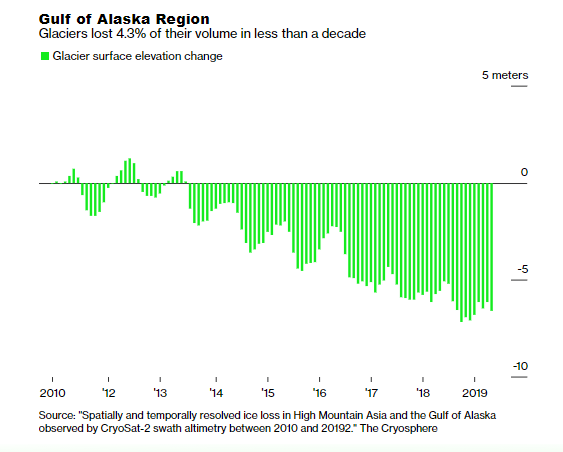 “We’re measuring glaciers in a new way that hasn’t been done before,” said Livia Jakob, co-author of the study and one of the founders of tech startup Earthwave, which processed the data. “And we’ve demonstrated that we can do it in the two most challenging regions, so now we can do the rest.”

Glacier melting globally accounted for almost a third of the sea level rise experienced this century, even as they comprised less than 1% of land ice. The shrinking of glaciers is making mountain slopes less stable, resulting in landslides and floods, while the decrease in ice is already and will continue to impact agriculture, hydropower and water quality in some regions.

Measuring exactly how much and how fast glaciers are melting has been a challenge. The traditional method is to observe them on site, which has worked for accessible glaciers at lower altitudes such as France’s Mer de Glace, possibly one of the most thoroughly-studied ice masses in human history.

But traditional techniques are hard to deploy in remote locales high up in the Himalayas or deep in the Alaskan mountains. Advances in satellite technology over the past decade have allowed scientists to conduct some monitoring from space. These sets of data, though, traditionally focus either on high-resolution or frequent readings. Jakob’s method does both.