Foundations Announce $1 Billion Fund for Renewables in Emerging Economies as Over 45 Ministers Review Plans to Achieve Clean, Affordable Energy for All 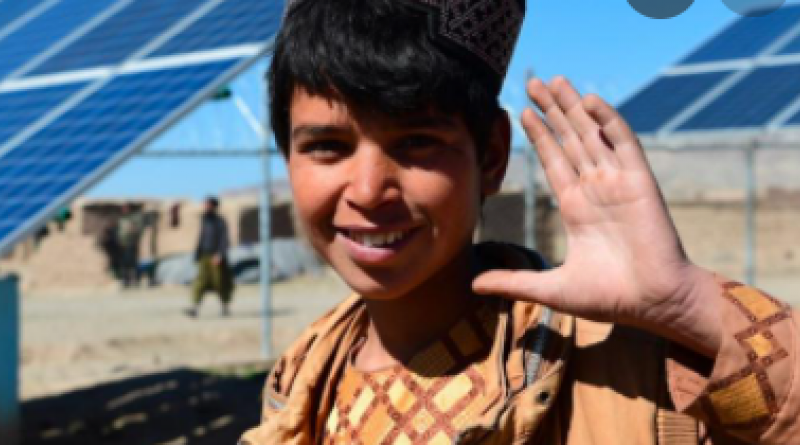 New York - Efforts to accelerate global actions to ensure that all people have access to clean energy and electricity received a lift today as The IKEA Foundation and The Rockefeller Foundation announced plans to launch a $1 billion fund to boost access to renewable energy in developing countries, and a consortium of organizations led by Kenya, Malawi and the Netherlands advanced a call to action for clean cooking.

At the same session, Google reaffirmed its commitment to source carbon-free energy for all of its operations in all places, at all times, by 2030, setting a high bar for other tech companies.

These announcements came today as the UN opened a week of Ministerial Thematic Forums on energy. The Forums, running from 21 to 25 June, are part of an effort to engage governments, businesses and financial institutions to develop “energy compacts” that spell out plans to ensure universal access to clean energy and a pathway to net-zero emissions. The Forums are focused on actions that would achieve the targets of Sustainable Development Goal 7 on energy by 2030.

This week’s ministerial meetings will lay the groundwork for the High-level Dialogue on Energy, a summit-level event to be held during the UN General Assembly this September. In addition to the announcements today, several other countries, businesses and organizations will present their “energy compact” plans during the week, with many others expected in September.

A call to raise ambition
UN Secretary-General António Guterres told the opening of the Forum, “We are running far behind in the race against time to achieve Sustainable Development Goal 7 by 2030, and net-zero emissions by mid-century. Achieving universal energy access is crucial for delivering on the 2030 Agenda for Sustainable Development.”

He added, “The milestones are clear: by 2030, we must cut global emissions by 45 per cent compared to 2010; and then continue to net zero by 2050. We need to speed up -- dramatically.”  Announcing that 20 September would be the date he convenes the High-level Dialogue on Energy at the summit level, he called on “every country, city, financial institution and company to raise ambition and submit ‘Energy Compacts’ to achieve SDG7 and net zero emissions.”

The Secretary-General called on countries to triple clean energy investment, provide electricity to the 760 million people who now live without it, and ensure clean cooking solutions for the 2.6 billion people still relying on harmful fuels. He also called for a rapid scale-up of renewables, and to accelerate improvements in energy efficiency. He repeated his call to phase out coal by 2030 in OECD countries, and by 2040 globally, and to phase out fossil fuel subsidies and re-direct those funds towards a just, inclusive energy transition that leaves no one behind and creates green jobs.

His specific calls are among the key recommendations made by five Technical Working Groups, which are issuing their reports this week to inform the Forums, setting out a proposed global roadmap for steps needed to achieve clean, affordable energy for all by 2030 and net-zero emissions by 2050.

A billion dollar fund for renewable energy
The IKEA Foundation and The Rockefeller Foundation announced they will join forces to set up a $1 billion catalytic fund, committing $500 million each to scale up distributed renewable energy around the world. This would generate power from sources such as mini-grids and off-grid sources that are located near the point of use, rather than centralized sources like power plants. The combined funds will be overseen by a new global platform – launching this year – that will aim to rapidly channel development funds to projects on the ground. The initiative will be formalized as an Energy Compact in the weeks ahead.

“We have the responsibility and the opportunity to keep global warming below the 1.5°C ceiling,” said Per Heggenes, CEO of the IKEA Foundation. “Through the initiative we launch today, replacing diesel generators and coal-fired grids with renewable alternatives, we can achieve a double impact: cutting greenhouse gas emissions now and preventing a further increase in the future. By doing so, and working closely together with governments, development finance institutions, private sector and others, we hope to cut 1 billion tons of CO2 emissions and positively impact the lives of 1 billion people.”

“COVID-19 has divided the world in two, with one part of the world falling farther behind,” said Dr. Rajiv J. Shah, President of The Rockefeller Foundation. “This is our opportunity to build back better on a global scale—harnessing public and private funding and the latest renewable energy technologies. Too many people are still left behind without the reliable, clean electricity that’s needed to go to school and study in the evening, to work and grow a business or to access modern healthcare. The Rockefeller Foundation and the IKEA Foundation are investing $1 billion to empower people everywhere and combat climate change, and we call on governments, global Institutions and the private sector to join us.”

Corporate leadership
In announcing Google’s ambitious commitments as part of its Energy Compact, Kate Brandt, Chief Sustainability Officer, said “Climate change is the biggest risk we face as a society. That’s why we’ve embarked on our latest climate moonshot, to be the first company to operate 24/7 on carbon-free energy.”  She added, “To achieve our ambition we’ll work to develop the tools, partnerships, and coalitions needed to build a global 24/7 carbon-free energy movement and accelerate the policy changes we know are necessary. We call on the world’s governments, cities, corporations and organisations to join us in this pursuit.”

International commitments
As Co-chair of the High-Level Dialogue on Energy, UNDP Administrator Achim Steiner put on the table the concept of an Energy Promise, shaped in two parts. First, a commitment to help increasing access to clean and affordable energy for 500 million people. One example of expansion is scaling its Africa Mini-Grid Programme that currently improves the financial viability of renewable energy mini-grids in 18 countries. Second, an emphasis on accelerating and supporting the transition to renewable energy through ‘systems changes’ that support more inclusive and green economies, particularly in countries with low levels of renewable energy generation or poor energy efficiency improvement rates. Recognizing that change will be disruptive, UNDP will work to ensure that such transitions are just, and that their impact on vulnerable people is understood and duly mitigated.

Damilola Ogunbiyi, the Special Representative of the Secretary-General for Sustainable Energy for All and Dialogue Co-Chair, said that by 2023, Sustainable Energy for All will directly provide over 2 million new energy connections through its Universal Energy Facility, displacing at least 1 million fossil-fuel based generators and 4 MT CO2e emissions and creating about 2 million jobs. Also by 2023, it will leverage US$640 million towards energy access and/or clean energy transitions directly and indirectly through SEforALL's work.

Clean cooking call to action advances
A Call to Action to accelerate access to clean cooking was advanced by a consortium of over a dozen Governments and organizations, who invited additional partners to join in the lead-up to the September summit.  The initiative, spearheaded by Kenya, the Netherlands and Malawi as Global Champions for energy access, will be formalized as an Energy Compact in the weeks ahead.

The Netherlands also previewed its national Energy Compact today, citing its commitment to the goal of ensuring access to affordable, reliable, sustainable and modern energy for all by 2030, in partnership with Dutch private sector, civil society, financial sector and youth.

Developing countries need to chart their own course to net zero emissions.