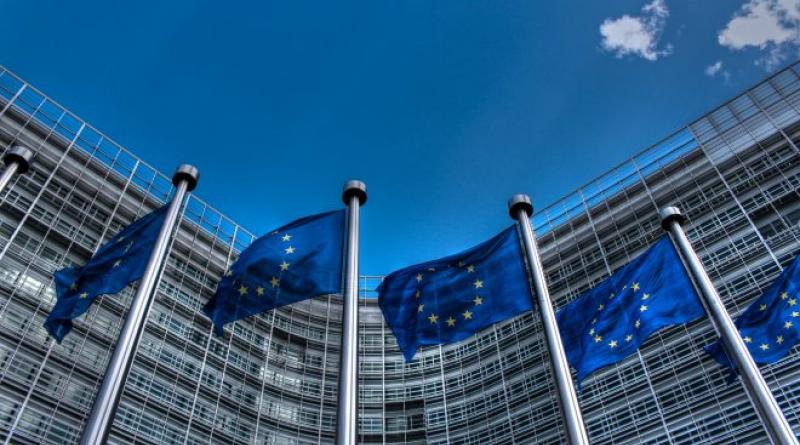 European Union leaders have agreed to make the massive economic measures they’re planning in response to the coronavirus match up with the continent-wide Green Deal they adopted not long before the pandemic struck.

“The promise, while short of details, is the first reassurance for investors who want to take stakes in climate projects and are looking to see how their work will be treated in stimulus packages now evolving worldwide,” Bloomberg Green reports. “Europe is aiming to zero out greenhouse gas emissions by the middle of the century,” and the Green Deal “will overhaul everything from transport to energy production and agriculture, putting Europe’s ambitions on climate change ahead of most other major polluters.”

Now, the new statement emanating from “the highest level of European leadership will also be a sign for governments putting together similar recovery packages in other regions,” Bloomberg writes.

“The urgency is presently on fighting the coronavirus pandemic and its immediate consequences,” EU leaders said Thursday, in a joint statement adopted via videoconference. “We should, however, start to prepare the measures necessary to get back to a normal functioning of our societies and economies and to sustainable growth, integrating inter alia the green transition and the digital transformation, and drawing all lessons from the crisis.”

Getting the continent back on track for sustainable economic growth will require “a coordinated exit strategy, a comprehensive recovery plan, and unprecedented investment,” the leaders added.

The declaration means that “we’ll be looking at the EU for the first signals of how long-term recovery is designed,” said Nick Robins, a sustainable finance professor at the London School of Economics. “The EU Green Deal provides a broader platform already in place to shift the direction of growth in the European economy.”

“Let’s see and make sure that no measure of the stimulus package goes against the Green Deal,” said former European Commission official Jos Delbeke, who now teaches at the European University Institute in Florence. “Let’s look for synergies to immediately kickstart meaningful measures under the Green Deal as well as under the coronavirus crisis package.”

But Climate Home News is picking up concerns that the European Central Bank, which has announced a €870-billion emergency bond-buying program and is barred from preferring one sector of the economy over another, might operate at cross-purposes from the EU’s intentions.

“Though the ECB is rightly aiming at addressing the coronavirus crisis, there is a risk that fossil fuels free-ride on those measures to gain even cheaper financing to maintain their activities,” said Stanislas Jourdan, head of green finance campaign group Positive Money Europe.

With European fossils and airline companies lining up for government bailouts, “this must be the time to keep these firms afloat providing some conditionality on how these companies operate in the future,” added Ronan Palmer, clean economy program director at E3G.

“This is the big political battle,” said European Climate Foundation CEO Laurence Tubiana, one of the architects of the 2015 Paris Agreement. “We can make the right choices and address the short economic crisis at the same time as making sure we don’t lock in the economy in Europe into a fossil fuel economy,” she told reporters last week.

“There are many areas where we could take the elements of the Green Deal and quick start them with massive investments that governments are ready to go for anyway,” she added. But if coronavirus measures go in a different direction, the short-term spending could sap the resources Europe will need for the Green Deal. In that case, “this will be a totally wasted opportunity because the fiscal resources will be use immediately to tackle the [coronavirus] crisis,” Tubiana warned.

“If we come out of this with an economy in pieces, then it will be hard to put climate back on the agenda, for sure,” Greens MEP Ernest Urtasun told Bloomberg. “Most stimulus programs after the 2008 crisis had no environmental focus,” and “we need to avoid that.”