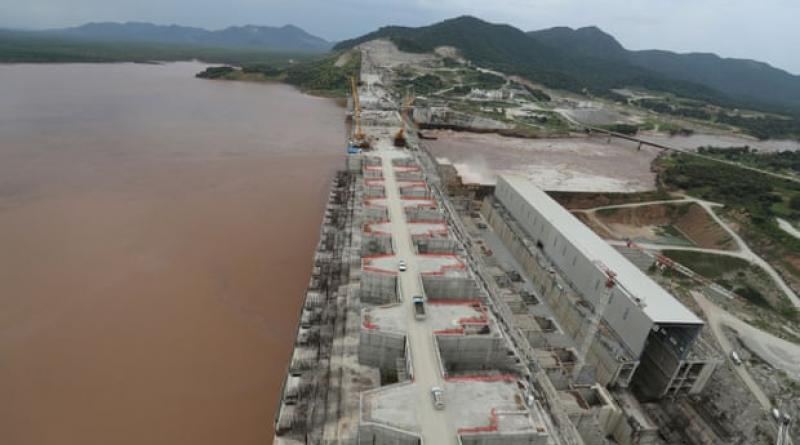 A new round of high-level talks has started in Cairo between three Nile basin countries aimed at resolving disputes over Ethiopia’s controversial Grand Renaissance dam, which is set to become Africa’s biggest hydroelectric power plant.

Analysts fear that Egypt, Sudan and Ethiopia could be drawn into conflict if the dispute is not resolved before the $5bn dam begins operating next year.

Officials from the US and the World Bank have joined ministers from the three countries for the two-day meeting amid escalating tensions over the dam – most notably the timetable for filling up a reservoir bigger than greater London.

Egypt and Sudan have been concerned about the risks to their own water supplies since 2011, when Ethiopia began construction on the Blue Nile, one of two major Nile tributaries that rise in the Ethiopian Highlands.

The Blue Nile joins the White Nile just north of Sudan’s capital Khartoum, contributing about 85% of water to the main river that flows to Egypt and out into the Mediterranean.

Nearly 90% of Egypt’s fresh water comes from the Nile and the country’s own mega-dam, the Aswan, is also on the river.

Ethiopia’s dam, in the northern Benishangul-Gumuz region, 20 miles from the Sudan border, will generate more than 6,000MW of electricity once fully operational. This will double output for a country suffering from acute power shortages and where 65% of the population live off-grid, and will make Ethiopia Africa’s biggest power exporter.

Tensions have been mounting in recent years, raising fears of military action. Egypt, predicted to be approaching a state of “absolute water crisis” by 2025, claims historic rights over the Nile.

In October, Ethiopia’s Nobel peace prize-winning prime minister, Abiy Ahmed, rejected what he said was war-mongering by Egypt, stating that “no force could stop Ethiopia from building a dam”.

“If there is a need to go to war, we could get millions readied,” he said. “If some could fire a missile, others could use bombs. But that’s not in the best interest of all of us.”

The discussions this week in Cairo will be followed by further meetings in Khartoum, Addis Ababa and Washington, aimed at reaching an agreement by mid January.

The dam is 145m high and 1,708m long, and mostly funded through private and government bonds rather than external sources. About 20,000 Ethiopians will have moved to make way for the construction.

“We are responsible for a nation of about 100 million. If the water that’s coming to Egypt reduced by 2% we would lose about 200,000 acres of land,” he told the BBC.

“One acre at least makes one family survive. A family in Egypt is on average about five persons. So this means about one million will be jobless.”