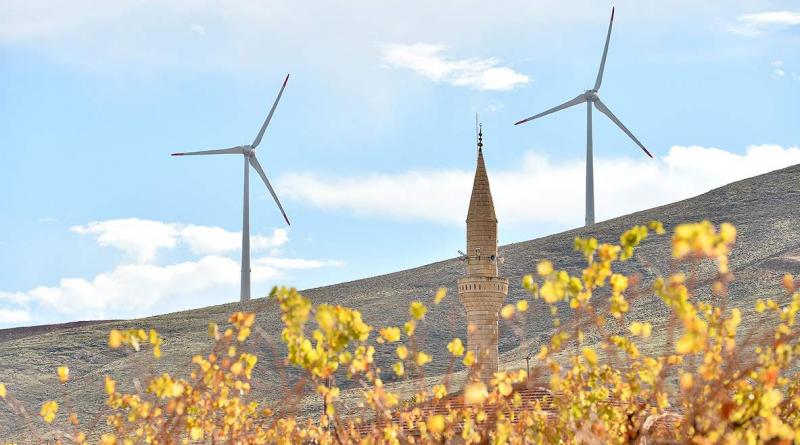 Announced in Paris last week, the EDF Renewables and Masdar consortium (51%/49%) revealed that they had been the successful winner in the tender for the project which will benefit from a 20-year Power Purchase Agreement (PPA) with the Saudi Power Procurement Company, a subsidiary of the Saudi Electricity Company (SEC), the Saudi power generation and distribution company. A call for tenders was put out by the Renewable Energy Project Development Office (REPDO) at the Saudi Ministry of Energy, Industry and Mineral Resources (MEIM) in August 2017, and the consortium was revealed in July 2018 to have submitted the most cost-competitive bid at $21.3 per megawatt-hour (MWh).

The bidding process for the project, in fact, yielded significantly lower-than-expected bid prices, with the EDF Renewables and Masdar consortium bidding $21.3/MWh, while French electric utility Engie placed a bid of only $23.62/MWh.

Partially responsible for the sudden interest in Saudi Arabia by the renewable energy industry is the country’s National Renewable Energy Program (NREP) which, according to Sohaib Malik, Market Analyst with Wood Mackenzie, “targets 9.5 GW of renewable energy capacity by 2023.” Specifically, “In Phase 1, the county will award 3.5 GW and 1.2 GW of capacity for solar PV and wind, respectively.”

“Developers are bidding low price levels due to consistently reducing costs of both wind and PV technologies,” Malik added. “Further, Saudi Arabia offers a stable and mature financial market which helps developers mobilise low-cost capital. Likewise, these are projects for 300 to 400MW of capacity that offer significant cost benefit in the form of economies of scale.”

“The Kingdom’s first utility-scale wind project opens a new chapter in our journey towards a diversified energy mix,” said Khalid Al Falih, minister of energy, industry and mineral resources, last July. “The $500 million Dumat Al Jandal wind farm in the northern Al Jouf region will generate enough power to supply up to 70,000 Saudi households as it connects to the northern electricity grid.”

Set to be built 560 miles north of Riyadh, in the Al Jouf region of north-western Saudi Arabia, the Dumat Al Jandal wind farm will be constructed in the coming months as both EDF Renewables and Masdar are already set to begin construction.

“We are delighted to be awarded this first wind project in the country, which is set to be the most powerful wind farm in the Middle East,” said Bruno Bensasson, EDF Group Senior Executive President responsible for Renewable Energies, and Chairman and CEO of EDF Renewables. “This success reflects the quality of our partnership with Masdar which has enabled us to jointly submit the most competitive bid. Wind power is now representing a renewable and economical solution in the energy mix.

“This new project demonstrates our ambitions in the country and represents another step forward under the EDF Group’s Cap 2030 strategy, which aims to double its renewable energy capacity by 2030 – both in France and worldwide – to 50 GW.”

“The Kingdom of Saudi Arabia has set a clear energy strategy to substantially increase the share of renewables in its total energy mix to 10% by 2023,” explained Mohamed Jameel Al Ramahi, Chief Executive Officer of Masdar. “The selection of Masdar and EDF to develop the Kingdom’s first utility-scale wind power plant is a significant achievement. We are proud to leverage our strong track record in renewables to support the Kingdom’s strategy to in-crease the share of clean energy in its energy mix. Masdar and EDF stand ready to devote our expertise to realising this world-class project.”

The future of renewable energy in Saudi Arabia is, therefore, unsurprisingly bright, and EDF Renewables will be aiming to remain a leading partner.

“There is a growing energy demand, as well as a need to reduce CO2 emissions globally,” said EDF Renewables’ Manon de Cassini-Hérail, who spoke to me via email. “The Kingdom of Saudi Arabia has ambitious plans to develop several gigawatts of renewable energy over the next few years. EDF Renewables is engaged to actively contribute to the KSA commitments for Climate Change.  The country benefits from very good quality of wind and solar resources, hence allowing a balanced mix of energy.

“Energy transition requires not only renewable energy but also a balanced mix of energy sources. Both today’s success of Dumat Al Jandal 400 MW wind energy and our development of the Dubai 800 MW solar park reflect EDF Renewables’ ambition in all renewable technologies.”