Earth Overshoot Day 2021: Why the date has been moved back to 29 July as emissions ramp up amid Covid recovery 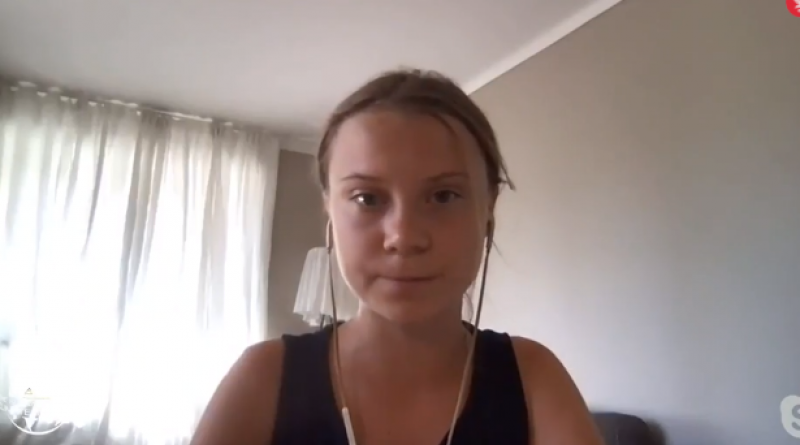 Humans will have already consumed all the natural resources that Earth can sustainably supply for 2021 by tomorrow — overshooting by five months.

This year’s “Earth Overshoot Day” lands on the 29 July, after being moved forward temporarily in 2020 amid the coronavirus pandemic.

From this point until the end of the year, the global economy is operating in “ecological deficit”, campaigners say. Humanity currently uses 74 per cent more resources than what the planet’s ecosystems can regenerate each year — or 1.7 Earths. 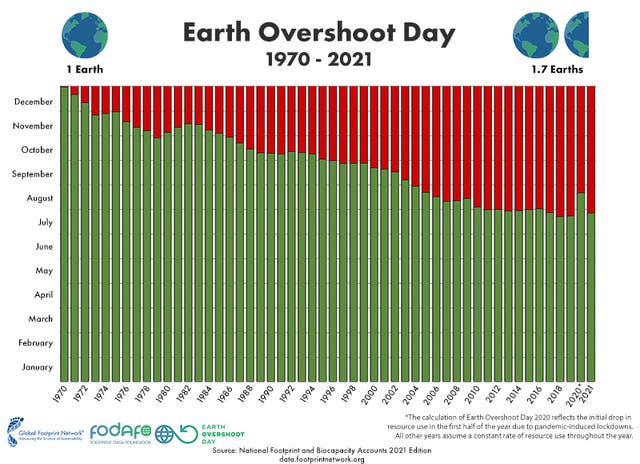 2020’s Overshoot Day took place later in the year, on 22 August, following a drop in carbon emissions as countries around the world went into lockdown amid the coronavirus pandemic.

But the Global Footprint Network (GFN), which calculates the date, said that humanity’s “ecological footprint” has increased by 6.6 per cent over the last year as Covid restrictions ease.

An analysis published by the International Energy Agency earlier in March found that, while emissions fell overall in 2020, they began to rise steadily over the second half of the year as countries recovered from the pandemic. By December, emissions were 2 per cent higher than in the same month of the previous year.

The Global Footprint Network added that there has been a 0.5 per cent decrease in global forest biocapacity since 2020, due in large part to the spike in deforestation of the Amazon rainforest.  In Brazil alone, 1.1 million hectares of forest were lost in 2020.

Significant parts of the Amazon have started to emit more carbon dioxide than they absorb, scientists have confirmed. The forest had previously been a carbon sink, absorbing emissions driving the climate crisis, but is now causing its acceleration, researchers from the National Institute for Space Research in Brazil said.

Ahead of the COP26 climate conference, which is being hosted in Glasgow this year, the Leader of Glasgow City Council Councillor Susan Aitken said: “Let Earth Overshoot Day be our call to arms.”

“In November the eyes of the world will be on Glasgow, host of COP26, the climate summit that needs to make the decisions that will deliver our planet on a safer and more sustainable future. We’ve got the opportunity here in Glasgow to show the world what we’re doing, coalescing together as a city to show real change, to respond to the climate and ecological emergency.”

Earth Overshoot Day is calculated by Global Footprint Network, an international research organisation that observes humanity’s use of natural materials, as well as the environmental damage they cause.

The organisation has also calculated the day on which Earth Overshoot Day would fall if all of humanity consumed like the people of individual countries.

Meanwhile, if humanity lived like the people of Indonesia, Overshoot Day would land just weeks before the end of the year on 18 December.

Study reveals the climate footprint of the food sector. And it’s a lot