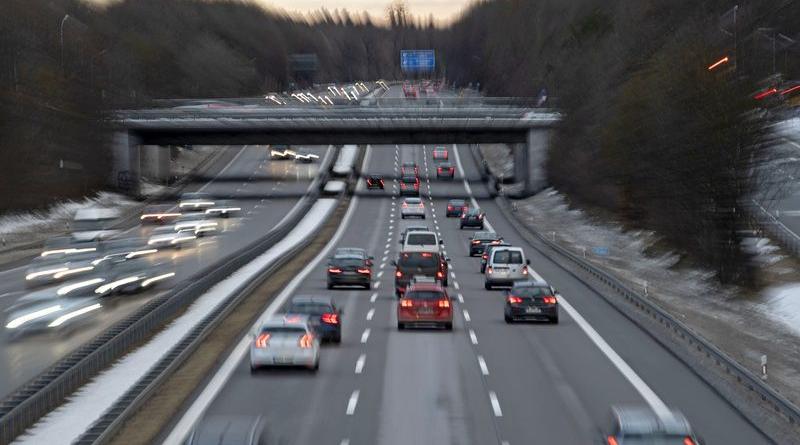 The EU Green Deal discussion is focused on 2030 and 2050, but it overlooks some important deadlines that are looming large, writes Emmanuel Desplechin.

Emmanuel Desplechin is the secretary-general of ePURE, the European renewable ethanol association

At a recent European Commission conference on the EU Green Deal, the chair of the Parliament’s Environment Committee said that in all the discussions about 2050 targets, “2030 is the elephant in the room.” He meant that the EU risks putting off meaningful action for the long term and losing ground in the fight against climate change.

While that may be true, there’s another large metaphorical animal in the room that a lot of people aren’t seeing even though it’s right in front of them: 2020.

As policymakers and political parties grapple over a meaningful long-term emissions-reduction goal as part of the EU Climate Law, they seem to have lost sight of some short-term goals with important implications for reducing transport emissions – goals that will be difficult to achieve without swift action.

2020 is a landmark year on the road to decarbonisation in a couple of important ways.

First, it is the year when μember σtates are supposed to reach the target of 10% renewable energy in transport under the Renewable Energy Directive. In doing so, they will determine each country’s cap on the use of crop-based biofuel for the next ten years, plus 1% within a maximum of 7%.

In other words, the more crop-based biofuels member states incorporate in their transport energy mix this year, the more they will be able to continue using them over the next decade as the need to reduce emissions becomes more urgent.

It may seem like a short-term solution, but with everybody now talking about raising ambitions even higher in the decades to come, maximising this cap will be especially crucial to make an impact now.

Any ground lost this year on decarbonisation will be harder to make up down the road. Unfortunately, most member states are lagging behind the 10% target for renewables in 2020 (only two countries, Finland and Sweden, have reached it; and only two others, Austria and France, are close).

Another reason 2020 is so important in this discussion is that this is the year when countries are supposed to meet targets for reducing the greenhouse-gas intensity of fuels under the Fuel Quality Directive. A recent EEA report revealed that many countries are also falling short of this goal.

The projected reduction in 2020 is 4.7% assuming a constant reduction rate.

Fortunately, there is at least one simple move that the EU and member states can take this year to help gain some ground.

As 2020 began some European countries were addressing the need to boost renewables in transport by switching their standard petrol blends to E10, which contains up to 10% renewable ethanol.

Denmark, Hungary, Lithuania and Slovakia adopted E10 in January, following the successful example of the Netherlands last October and bringing the total number of EU countries with the E10 petrol standard to 13.

In terms of tackling the big tests for 2020, adopting E10 is a win-win-win-win-win. It requires no change to transport infrastructure; it works in existing passenger cars; it delivers immediate greenhouse-gas reduction.

It helps make the most of the REDII crop cap and it has an immediate impact on fuel quality. More countries should get on the E10 bandwagon – and even consider options for higher ethanol blends as other countries have been doing.

All of this 2020 talk is not intended to minimize the importance of the long-term EU decarbonisation discussion. As the IEA and IRENA have pointed out, biofuels will need to play an even more important role than they already have been if there is any hope of achieving the 2050 goals.

The large majority of passenger cars bought in Europe today run on petrol, and most of those cars will be on the roads well after 2030. Blending more renewable ethanol into petrol will help reduce their emissions.

The EU Green Deal has set in motion an intense process of revisiting many of the key pieces of EU legislation affecting renewables. All of a sudden, the EU is going back to the drawing board on a lot of big files: everything from the Renewable Energy Directive II to the CO2 for cars and vans regulations, to the Energy Taxation Directive.

These will be opportunities to lift the cap on sustainable crop-based biofuel as part of the revision of RED II and to stop unfairly taxing ethanol more than fossil fuel as part of the ETD. The key is to ensure that we keep using solutions that work, and that don’t spend several years trying to define what is “sustainable.”

At the moment, even after years of controversial debates over their sustainability, biofuels are the main contributor of renewable energy in transport, a sector where fossil fuel is still dominant.

As it moves forward with the various Green Deal initiatives, the EU should find ways to get more leverage from clean, proven and cost-effective solutions such as sustainable renewable fuels.

The EU Green Deal discussion is focused on 2030 and 2050, but it overlooks some important deadlines that are looming large, writes Emmanuel Desplechin.

2020 is a landmark year on the road to decarbonisation in a couple of important ways. [EPA/LUKAS BARTH-TUTTAS]