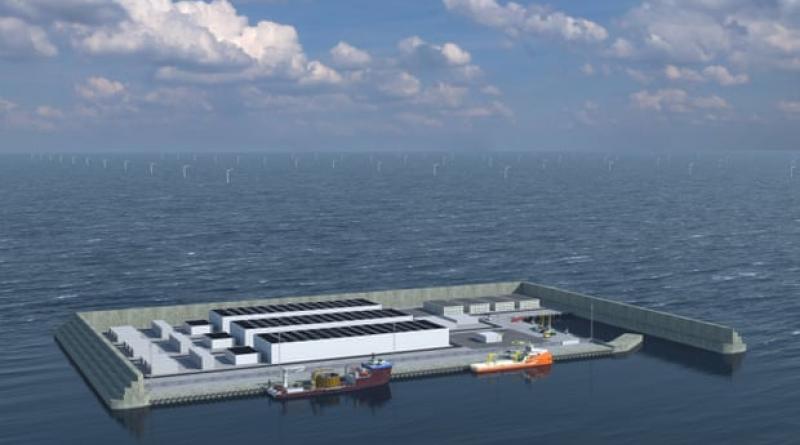 Thanks to an inter-party agreement, the clean energy hub in the North Sea is set to be the largest construction project in Danish history.

Denmark’s government has agreed to take a majority stake in a £25bn artificial “energy island”, which is to be built 50 miles (80km) offshore, in the middle of the North Sea.

The island to the west of the Jutland peninsula will initially have an area of 120,000 sq metres – the size of 18 football pitches – and in its first phase will be able to provide 3m households with green energy.

It will be protected from North Sea storms on three sides by a high sea wall, with a dock for service vessels taking up the fourth side.

In a broad deal struck on Wednesday night, the Social Democrat government agreed with its support parties and the rightwing opposition that the state should hold a 51% stake in the island, with the remainder held by the private sector.

“This is truly a great moment for Denmark and for the global green transition,” Denmark’s climate minister, Dan Jørgensen, said in a statement.

“The energy hub in the North Sea will be the largest construction project in Danish history. It will make a big contribution to the realisation of the enormous potential for European offshore wind.”

The project builds on an inter-party deal struck in June on energy policy, in which the parties agreed to construct two wind energy hubs, one artificial and another centred on the Baltic island of Bornholm.

The two hubs will initially support 5GW of wind generation and triple Denmark’s current installed offshore wind. The capacity will later be expanded to as much as 12GW.

In the text of the agreement, the parties warn that the North Sea island might be difficult to complete before 2033, meaning it might not help Denmark reach its ambitious 2030 target of cutting greenhouse gas emissions by 70% from 1990 levels.

But the text calls on the government to work with private sector partners to try to accelerate the process so that it can be brought online earlier.

The government has committed to launching discussions with windfarm developers and other companies and investors as soon as possible, with the aim of developing a legal framework for tendering for the remaining 49% stake.

“This is huge for Denmark,” Jørgensen told the Guardian. “We are taking a step into the next era of offshore wind. We were the first country in 1991 to build an offshore wind farm, and now we are taking the next step.

“The 10GW when this is finalised will be producing far, far more clean energy than we can use as a country, so this is part of a strategy to help other countries meet their targets.”

Jørgensen said that after the June agreement it had yet to be decided both whether the state would take the lead role in funding the project and whether it would involve building an actual island.

“We were discussing whether or not we should make a platform construction, and furthermore we needed, in order for the decision to be final, to agree on whether the state should own a majority of the island.”

He called the 51% stake a “perfect compromise” that would bring in private expertise and make it “a very lucrative business both for the private investors and for the Danish state”.

He said construction of the island was expected to start in 2026, with the next five years spent signing up private sector partners, carrying out environmental impact assessments on the sea bed, and signing deals to connect the two energy islands to Belgium, the Netherlands and Germany.

“The economic feasibility of the projects are dependent on us making those connections, because it’s far more than we can use ourselves,” he said.