Delaying the COP26 climate talks could have a silver lining. 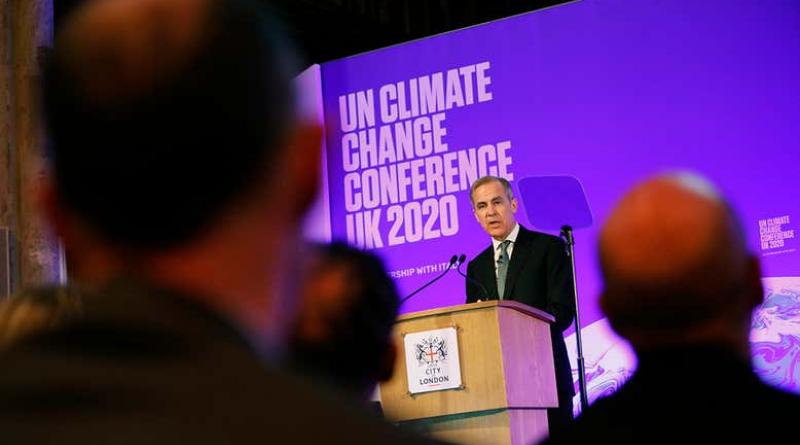 In the face of the coronavirus outbreak, most people agree it was the right decision last night to postpone the COP26 climate summit until 2021. But what will the delay mean for the biggest moment in climate change negotiations since the historic 2015 Paris agreement?

The nearly 200 countries who support the Paris deal were due to meet in Glasgow to upgrade their plans to curb carbon emissions. Existing blueprints leave the world on track for a catastrophic warming of more than 3°C, a recipe for fires, floods and food insecurity. At Paris, the world agreed to hold warming to 1.5°C, or 2°C at worst.

A measly six countries, representing less than 3 per cent of global emissions, have declared new plans so far. That includes Japan, which this week disappointed the world with a plan that was condemned for falling “woefully short”, because it has the same headline target as the last one.

Diplomacy in the run-up to Glasgow is meant to elicit more ambitious plans, chief among them new pledges from China and the European Union, the world’s top and third biggest emitter, respectively. Such diplomacy was proving impossible with the pandemic’s lockdown measures, which is one of the reasons the meeting was cancelled.

But as many environmental groups pointed out yesterday, there’s no reason countries cannot still submit those roadmaps, regardless of the physical summit’s delay. The EU has already said the postponement will not slow its work.

Glasgow also needs to tie up the loose ends from Paris, including crucial matters such as the small print of carbon trading between countries – something last year’s meeting in Madrid abjectly failed to do.

So, on the face of it, postponing COP26 is bad news for the much more radical action needed to put the world’s economies on course for the Paris deal’s goals.

There is little solace in the fact the coronavirus pandemic will significantly cut global emissions this year, perhaps more than 2 per cent, rather than the increase that had been expected.  Such a dip would do little to alter the longer term trajectory.

As Greta Thunberg told New Scientist last week, “the climate crisis will not go away” because of the pandemic. Besides, much bigger annual cuts are needed to keep below 1.5°C: 7.6 per cent a year, every year, for the next decade.

But there are reasons to think holding COP26 next year could be good news. “The key is not to see it as just a postponement, but an opportunity,” says Michael Liebreich, founder of Bloomberg New Energy Finance.

Chief among those is Donald Trump – or rather, the possibility of his removal. If Joe Biden or Bernie Sanders were to win the US presidential election in November, it could turbocharge the entire international climate negotiations process.

With a Democrat in the White House, the US would not leave the Paris deal as Trump intends to, and instead could create a stronger plan and use its diplomatic muscle to cajole other countries to take action, as it did under Barack Obama.

A delay also means a chance for the UK to catch up, given the country started late on preparations and chaotically sacked the politician appointed to lead the talks. It also gives an opportunity to overhaul the whole process for a new, post-covid-19 world, as the rise of digital meetings and collaboration offers a chance to rethink whether the talks really need 30,000 people in one place for a fortnight.

But it is important not to postpone for too long – observers are calling for no later than summer next year. The apocalyptic fires in Australia may be extinguished, but the mass bleaching of large parts of the country’s Great Barrier Reef again this year is a reminder that, when it comes to climate change, the crisis is not going away.