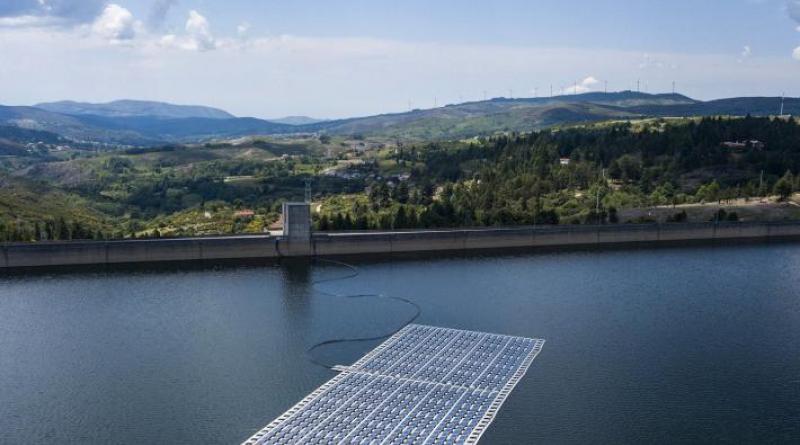 Frankfurt/Nairobi, 5 September 2019 – Global investment in new renewable energy capacity over this decade — 2010 to 2019 inclusive — is on course to hit USD 2.6 trillion, with more gigawatts of solar power capacity installed than any other generation technology, according to new figures published today.

According to the Global Trends in Renewable Energy Investment 2019 report, released ahead of the UN Global Climate Action Summit, this investment is set to have roughly quadrupled renewable energy capacity (excluding large hydro) from 414 GW at the end of 2009 to just over 1,650 GW when the decade closes at the end of this year.

Solar power will have drawn half — USD 1.3 trillion — of the USD 2.6 trillion in renewable energy capacity investments made over the decade. Solar alone will have grown from 25 GW at the beginning of 2010 to an expected 663 GW by the close of 2019 — enough to produce all the electricity needed each year by about 100 million average homes in the USA.

The global share of electricity generation accounted for by renewables reached 12.9 per cent, in 2018, up from 11.6 per cent in 2017. This avoided an estimated 2 billion tonnes of carbon dioxide emissions last year alone — a substantial saving given global power sector emissions of 13.7 billion tonnes in 2018.

Including all major generating technologies (fossil and zero-carbon), the decade is set to see a net 2,366 GW of power capacity installed, with solar accounting for the largest single share (638 GW), coal second (529 GW), and wind and gas in third and fourth places (487 GW and 438 GW respectively).

The cost-competitiveness of renewables has also risen dramatically over the decade. The levelized cost of electricity (a measure that allows comparison of different methods of electricity generation on a consistent basis) is down 81 per cent for solar photovoltaics since 2009; that for onshore wind is down 46 per cent.

“Investing in renewable energy is investing in a sustainable and profitable future, as the last decade of incredible growth in renewables has shown,” said Inger Andersen, Executive Director of the UN Environment Programme.

“But we cannot afford to be complacent. Global power sector emissions have risen about 10 per cent over this period. It is clear that we need to rapidly step up the pace of the global switch to renewables if we are to meet international climate and development goals.”

The report, released annually since 2007, also continued its traditional look at yearly figures, with global investment in renewables capacity hitting USD 272.9 billion in 2018.

While this was 12 per cent down over the previous year, 2018 was the ninth successive year in which capacity investment exceeded USD 200 billion and the fifth successive year above USD 250 billion. It was also was about three times the global investment in coal and gas-fired generation capacity combined.

The 2018 figure was achieved despite continuing falls in the capital cost of solar and wind projects, and despite a policy change that hit investment in China in the second half of the year.

Jon Moore, Chief Executive of BloombergNEF (BNEF), the research company that provides the data and analysis for the Global Trends report, commented: “Sharp falls in the cost of electricity from wind and solar over recent years have transformed the choice facing policy-makers. These technologies were always low-carbon and relatively quick to build. Now, in many countries around the world, either wind or solar is the cheapest option for electricity generation.”

The report also tracks other, non-capacity investment in renewables — money going into technology and specialist companies. All of these types of investment showed increases in 2018. Government and corporate research and development was up 10 per cent at USD 13.1 billion, while equity raised by renewable energy companies on public markets was 6 per cent higher at USD 6 billion, and venture capital and private equity investment was up 35 per cent at USD 2 billion.

Overall renewable energy investment, including these categories as well as capacity investment, reached USD 288.3 billion in 2018, down 11 per cent on the record figure of USD 325 billion attained in 2017.

“The technologies to use wind, sun or geothermal energy are available, they are competitive and clean. Within 10 years Germany will produce two-thirds of its power based on renewables. We are demonstrating that an industrial country can phase out coal and, at the same time, nuclear energy without putting its economy at risk” said Svenja Schulze, Germany's Federal Minister for the Environment, Nature Conservation and Nuclear Safety.

“We know that renewables make sense for the climate and for the economy. Yet we are not investing nearly enough to decarbonize power production, transport and heat in time to limit global warming to 2C or ideally 1.5C. If we want to achieve a safe and sustainable future, we need to do a lot more now in terms of creating an enabling-regulatory environment and infrastructure that encourage investment in renewables.”

“It is important to see renewables becoming first choice in many places,” said Nils Stieglitz, President of Frankfurt School of Finance and Management. “But now we need to think beyond scaling-up renewables. Divesting from coal is just one issue within the broader field of sustainable finance. Investors increasingly care whether what they do makes sense in the context of a low-carbon and sustainable future.”

China has been by far the biggest investor in renewables capacity over this decade, having committed USD 758 billion between 2010 and the first half of 2019, with the U.S. second on USD 356 billion and Japan third on USD 202 billion.

Europe as a whole invested USD 698 billion in renewables capacity over the same period, with Germany contributing the most at USD 179 billion, and the United Kingdom USD 122 billion.

While China remained the largest single investor in 2018 (at USD 88.5 billion, down 38 per cent), renewable energy capacity investment was more spread out across the globe than ever last year, with 29 countries each investing more than USD 1 billion, up from 25 in 2017 and 21 in 2016.

The Global Trends in Renewable Energy Investment report is commissioned by the UN Environment Programme in cooperation with Frankfurt School-UNEP Collaborating Centre for Climate & Sustainable Energy Finance and produced in collaboration with BloombergNEF. The report is supported by the German Federal Ministry for the Environment, Nature Conservation, and Nuclear Safety.