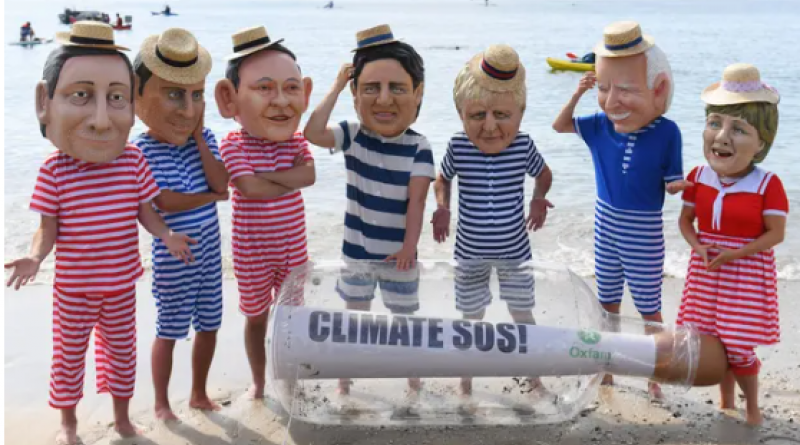 The Cop26 climate summit in Glasgow should be postponed until the government can ensure that the talks won’t be a “rich nations stitch-up”, a diverse coalition of international organisations has said.

With less than two months to go before the talks, the Climate Action Network (CAN), a global alliance of more than 1,500 civil society organisations, is warning that many delegates from the global south will be unable to attend due to vaccine inequity and prohibitive quarantine costs.

“Our concern is that those countries most deeply affected by the climate crisis and the countries suffering from the artificial shortage created around vaccines will be conspicuous in Cop26 – by their absence,” said Tasneem Essop, executive director of CAN, in a statement.

“There has always been an inherent power imbalance between rich and poor nations within the UN climate talks and this is now compounded by the health crisis. Looking at the current timeline for Cop26 and the logistical challenges, it is difficult to imagine fair participation from the global south under safe conditions and it should therefore be postponed.”

Many of the countries most affected by the climate crisis are on the government’s Covid “red list”, meaning that even fully vaccinated delegates from those countries – some of the poorest in the world – fear having to pay hundreds of pounds in quarantine costs to attend.

However, the UK government said on Tuesday it had offered to cover the hotel quarantine costs of delegates from red list countries.

Ivonne Yánez, from Acción Ecológica, an environmental group in Ecuador, said the costs meant that many NGOs, like hers, would struggle to send delegates. She urged the UK government and United Nations Framework Convention on Climate Change (UNFCCC) to relax some restrictions, saying it was a “complete absurdity” that Ecuador, where more than 53% of the population has been fully vaccinated, remained on the red list.

“How can a country that decided to have a Cop, knowing that Covid [meant] new conditions, maintain these extreme and hard requirements for the delegates?” said Yánez.

In June, at the G7 summit, Boris Johnson announced the UK’s plans to provide Covid vaccines to Cop26 delegates who would be unable to get them otherwise.

Delegates were asked to register their interest by 23 July and wait to be contacted. Many are still waiting. With the talks due to begin on 31 October, the opportunity has passed for people to be double jabbed in time.

Maria Reyes, climate activist with Fridays for Future Mexico, said she had been told by the UNFCCC that, as the Mexican government was operating a functioning programme, she should be vaccinated through them. But Reyes, 19, has been told by local administrators she has to wait her turn.

“It feels bad and so unfair, and it makes us angry, because they [the UK and UNFCC] have the resources to make this happen. They’re just choosing to put them somewhere else,” she said. Reyes said she had read the Queen would be attending: “But you’re preventing the attendance of the people affected by the climate crisis. That really has let us see how this is going to be the most imperialistic Cop ever.”

Organisers have said delegates do not have to be vaccinated to take part in Cop26, though it is strongly encouraged. But Reyes said she could not participate unless she had been jabbed, because of the cost – mandatory for unvaccinated arrivals from red list countries – of quarantining.

In response to the postponement call, Alok Sharma, president of Cop26, said it was clear that the talks had to go ahead, adding the government was willing to cover the hotel costs of delegates from red list countries who would otherwise be unable to attend.

“Cop26 has already been postponed by one year, and we are all too aware climate change has not taken time off. The recent IPCC report underlines why Cop26 must go ahead this November to allow world leaders to come together and set out decisive commitments to tackle climate change,” he said.

“Ensuring that the voices of those most affected by climate change are heard is a priority for the Cop26 presidency, and if we are to deliver for our planet, we need all countries and civil society to bring their ideas and ambition to Glasgow.”

Dorothy Guerrero, head of policy at Global Justice Now, called on the British government to make good on that vision, and ensure that “those whose lives and livelihoods are at stake” be present.

“They promised that this will be an inclusive Cop, despite the fact that they are hosting it in a global pandemic. I appreciate the challenge that it poses. But of course the least we expect is that they consider the challenges that delegates, participants and observers are also going through,” she said.

Mohamed Adow, director of thinktank Power Shift Africa, said a summit dominated by rich nations would fly “in the face of the principles of the UN process and opens the door for a rich nations stitch-up of the talks. A climate summit without the voices of those most affected by climate change is not fit for purpose.”