Cities Are Our Best Hope for Surviving Climate Change. 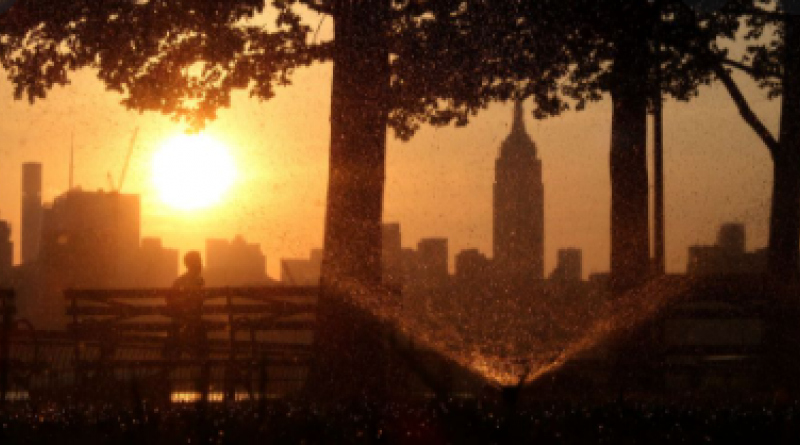 The hysteria about urban density that arrived with the coronavirus is—like the pandemic itself—already easing. Regardless of how quickly or slowly urbanites return to their cramped apartments, however, the long term trend is clear. Humans will continue to flock to cities. And that’s a good thing, because if we want to survive the next, much bigger crisis on the horizon, cities are our best bet.

Cities currently consume two-thirds of the global energy supply and generate three-quarters of the world’s greenhouse-gas emissions. Luckily for human civilization, they’re also extraordinarily motivated to minimize their cost to the climate—and quickly. Because cities are uniquely vulnerable to climate change, they’re also likely to be remade the fastest by the human need to survive and eventually thrive on a warmer planet.

Mayors and city managers across the world are turning urban centers into laboratories, implementing measures to cut air pollution and move toward zero-carbon energy. In some places, they’re reimagining the entire urban fabric to be greener, more efficient, and more resilient to the effects of climate change already being felt.

One of the most-discussed ideas in city design today is the so-called 15-minute city. The concept is simple: If people live within a short distance by foot, bike, or public transit of everything they need—schools, health centers, parks, grocery stores, and especially jobs—then they’ll rely less on cars.

It’s a tactical approach to urban planning that involves reclaiming streets for pedestrians and cyclists, boosting public transit systems, and creating mixed-use spaces. Each piece of the puzzle addresses a different aspect of the climate crisis. Nothing is terribly expensive, but no detail is too small.

Paris has gone the furthest toward realizing this urban ideal citywide, restricting the most polluting vehicles from entering the capital and banning all cars near the River Seine, with plans to reclaim more streets and turn parking lots into green spaces. But aspects of the 15-minute city have already been implemented all over the world.

Barcelona, for instance, has freed up entire swaths of the grid to make pedestrian “superblocks,” keeping noise and air pollution away from residents while also encouraging them to walk and cycle.

The Sant Antoni superblock used to be a four-lane crossing between Comte Borrell, Manso, and Paral·lel streets. The street was closed to autos, resurfaced to better absorb rainwater, and landscaped to mitigate heat.

A 2017 study on another superblock in the Gràcia neighborhood found that walking had increased in the area by 10% and cycling by 30% compared to 10 years earlier. Driving in the superblock had fallen by 26%.

The city plans to carve another one out of 21 streets by 2030. Achieving its ultimate goal of making 503 superblocks by 2050 could prevent as many as 667 premature deaths from air pollution each year.

About 250 European cities have created low-emission zones, where the operation of polluting vehicles is restricted or regulated to curb air pollution. In Lisbon, air quality improved significantly after the first measures to limit traffic in the city center were implemented a decade ago. Concentrations of fine particulate matter fell by about 30% from 2009 to 2016, according to researchers.

The ground isn’t the only place for greenery. In Chicago, rooftop vegetation proliferated after a 2004 mandate required private developments to include sustainable elements to qualify for assistance from the city. Then a 2015 zoning ordinance gave developers economic incentive to cover at least half of the roofs on new buildings with plants.

The 15-minute city remains controversial for its potential to exacerbate inequality. London’s effort to create low-traffic neighborhoods, for instance, has drawn criticism from activists who say banning cars in well-off areas diverts traffic to neighborhoods near major roadways, which are less desirable and therefore tend to be home to marginalized populations.

Robust public transit is key to extending the benefits of the 15-minute city beyond the city itself—though what qualifies as “robust” will vary from place to place. Bogotá’s bus rapid transit system is already one of the world’s most heavily used, carrying 2.4 million passengers daily. With all those passengers, however, comes crowding.

To reduce congestion, the city plans to build 280 new kilometers of bike lanes over the next four years, in addition to the 550km that already exist. The goal: raise the proportion of overall trips by bike and scooter to 50%. Already, 7% of trips happen by bike, a higher share than in any other Latin American city.

The city is also offering tax incentives to businesses that invest in parking spaces for bikes at their establishment. Currently there are 16,000 bike parking spots in the city.

Bogotá’s whole public transit system—including its nearly 1,500 buses—is on track to be fully electric by mid-2022.

Cars tend to be the focus of urban sustainability efforts, but energy is a much bigger source of greenhouse gas emissions. While some cities are already getting all of their energy from renewable sources, most are still working on it.

Cities can help migrating birds on their way by planting more trees and turning lights off at night.