Chris Bowen on Cop27’s urgent fight: ‘If we’re not trying to keep to 1.5C then what are we here for?’ 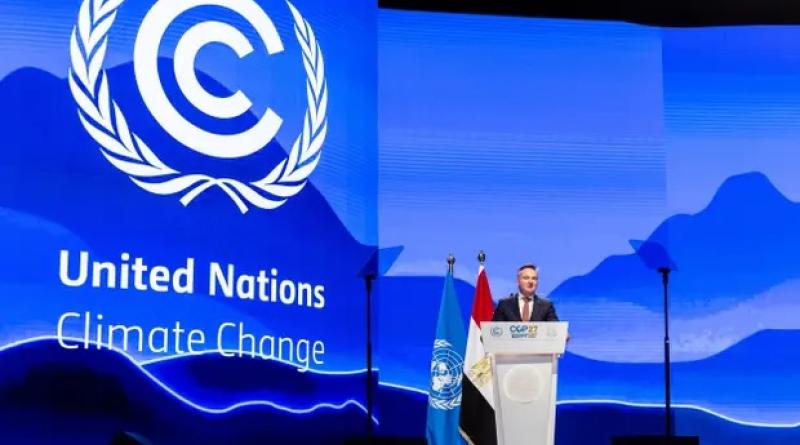 As the Cop27 climate summit in Egypt extends into overtime, Chris Bowen has called for the “strongest possible action” to limit global heating to 1.5C and backed the establishment of a fund to help the poor deal with unavoidable damage from worsening extreme weather.

In an interview with the Guardian, the Australian climate change minister said the conference in Sharm el-Sheikh had faced a push from some countries to water down the Glasgow pact last year and that he had fought alongside others to ensure that deal was “reaffirmed and built on”, not undone.

It was unclear whether that would be agreed as the talks headed into the early hours of Saturday, though much of the Glasgow agreement appeared to have been salvaged. The key point of contention was the issue known as loss and damage – how to finance rescue and reconstruction costs after catastrophic extreme weather events devastate people and infrastructure in vulnerable countries.

Long pushed for by developing countries, it is on the agenda for the first time in Egypt. Despite suggestions Australia was outright opposed, Bowen said he was “very attracted” to the creation of a fund that drew money from a broad range of donors, worked in conjunction with multilateral development banks, including a reformed World Bank, and focused on helping the “most vulnerable of all”.

The language implied that countries that were classified as developing 30 years ago but are now among the biggest historic emitters, including China, Russia and Saudi Arabia, would need to pay along with the historically rich.

In a significant step late on Friday, Australia was party to an informal proposal led by the EU, and also backed by the US, UK, New Zealand and Canada, for a fund to be made operational within two years, with the possibility of a commission to consider how it would work with existing financial institutions. They called for money to come from “a wide variety of parties and sources”, but did not specify if that included large emerging economies such as China.

Developing countries were examining the proposal, but some were quick to argue that the group of wealthy countries were trying to break from an agreement set out in the 1992 climate convention that the historically wealthy – known as annex 1 countries – had a greater level of responsibility to act than others. Observers said the disagreement could further stall the talks. Many ministers, including Bowen, were due to leave Egypt on Saturday.

Speaking earlier, Bowen said he had assumed before Cop27 that each climate summit would build on what had been agreed before, or at a minimum maintain the status quo, but that was not the case. “I had assumed you didn’t need to fight for 1.5C [to stay in the agreement]. When I got here, there was a real push on to water down the Glasgow agreement and that’s not on and so we had to fight, along with others,” he said.

The minister said the draft text for a Cop27 agreement was still weaker than the Glasgow pact. “But it is much closer and we might be able to get somewhere better,” he said.

While several assessments have said the world was highly likely to go beyond 1.5C heating on its current trajectory and that the world would have to rely on carbon dioxide removal technology to lower temperatures after overshooting the mark, Bowen stressed it was vital to keep backing 1.5C “in the strongest possible terms”.

“It’s important because if we’re not trying to keep to 1.5C, then what are we here for? Because the difference between 1.5C and 1.7C in terms of the impact on the planet is enormous,” he said.

He linked the temperature target with the fight over loss and damage. If countries surrendered 1.5C, they would face a larger damage bill, he said. “That’s a big problem. We’ve got to deal with both.”

Bowen has been warmly received by other ministers, who mostly considered the Morrison government a climate laggard and sometime roadblock in negotiations. The US climate envoy, John Kerry, used an address this week to tell Bowen he was “doing an incredible job of demonstrating the difference an election makes”, and the Egyptian presidency drafted Bowen to co-lead a negotiation stream dealing with climate finance.

Scientists say while Australia’s 2030 climate commitment – a 43% cut in emissions compared with 2005 levels – is significantly improved since the election, it is short of being consistent with limiting heating to 1.5C. It has been found to be consistent with about 2C.

Asked what his strong support for 1.5C meant for Australia’s commitments, Bowen said: “I think it means we have got to stay the course. As we have always said, if we can do better than 43%, we will. But 43% is a big ask in eight years. It requires big changes.”

Australia has avoided playing a direct role in a debate at Cop27 over whether to strengthen language in a proposed agreement from supporting phasing down “unabated coal power” to phasing down or out all fossil fuels, including oil and gas. Australia is a major fossil fuel exporter with an expanding gas industry.

Bowen’s statements have emphasised the other half of the equation – the need to rapidly accelerate renewable energy this decade. Based on drafts, it was expected to be included in a UN climate text for the first time.

The Australian delegation has used the conference to lobby for the rights to co-host the 2026 climate summit with Pacific nations. The bid received a boost when Switzerland, considered a potential rival, threw its support behind Australia.

Turkey has said it will launch a rival campaign, but the southern hemisphere is favoured. Bowen said the Australian-Pacific proposal had strong support, “including from some countries who we thought might bid against us”.

It has the support of the Pacific Islands Forum, though the Vanuatu climate minister, Ralph Regenvanu, told the Guardian his country’s backing for the bid was conditional on Australia not backing any more new fossil fuel subsidies.

Bowen said this would not be a problem because it was the government’s position.

“And that’s not new. [The resources minister] Madeleine King has said the same,” he said. “Now, there are people who have different definitions of fossil fuel subsidies but that’s not something that we are going to do.”

He added: “There’s an old saying I like – it’s a little morbid – there are certain times in your life when you’re writing the first line of your obituary. This is what you’ll be remembered for, either success of failure. This is sort of in that territory.”