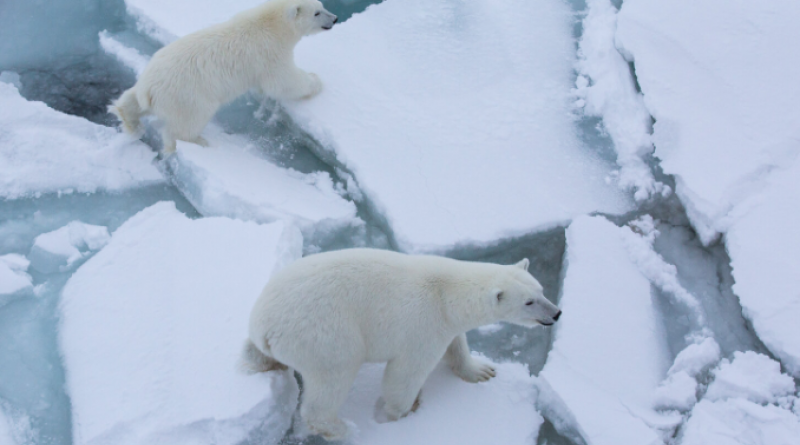 Research based on ice-thickness data from ESA’s CryoSat and Envisat missions along with a new model of snow has revealed that sea ice in the coastal regions of the Arctic may be thinning twice as fast as thought.

Frequently in the news, Earth’s declining ice is without doubt one of the biggest casualties of climate change. However, calculating the amount of ice we are losing can be a challenge.

While monitoring the area of land and ocean covered by ice is relatively straightforward using images from satellites carrying camera-like instruments, scientists need to understand how the actual volume is changing – and to calculate this, they need measurements of ice thickness.

ESA’s CryoSat altimeter returns readings of ice height by timing how long it takes for radar waves to bounce back to the satellite from the ice surface. When it comes to ice floating in the polar oceans, ice thickness is inferred by measuring the height of the ice above the water.

However, these measurements can be distorted by the weight of overlying snow pushing it down into the ocean water. Scientists adjust for this effect using a map of average snow depth based on historical field measurements, but this map is now out of date and does not account for the impact of climate change on Arctic snowfall and regional snow-depth variations.

A paper, published recently in The Cryosphere, describes how researchers swapped the old map of snow depth for the results of a new computer model that calculates snow depth and density using inputs such as air temperature, snowfall and ice motion to track how much snow accumulates on sea ice as it moves around the Arctic Ocean.

They concluded that sea ice in key Arctic coastal regions is thinning at a rate of 70–100% faster than previously thought. In particular, they found that in the coastal regions of Laptev, Kara and Chukchi seas, the rate at which ice is thinning increased by 70%, 98% and 110% respectively, when compared to earlier calculations.

Robbie Mallett, PhD student at the Centre for Polar Observation and Modelling (CPOM) at UCL in the UK, said, “The thickness of sea ice is a sensitive indicator of the health of the Arctic. It is important as thicker ice acts as an insulating blanket, stopping the ocean from warming up the atmosphere in winter, and protecting the ocean from the sunshine in summer. Thinner ice is also less likely to survive during the Arctic summer melt.”

“Previous calculations of sea-ice thickness are based on a snow map that was last updated 20 years ago. Because sea ice has begun forming later and later in the year, the snow on top has less time to accumulate. Our calculations account for this declining snow depth for the first time, and suggest the sea ice is thinning faster than we thought.” 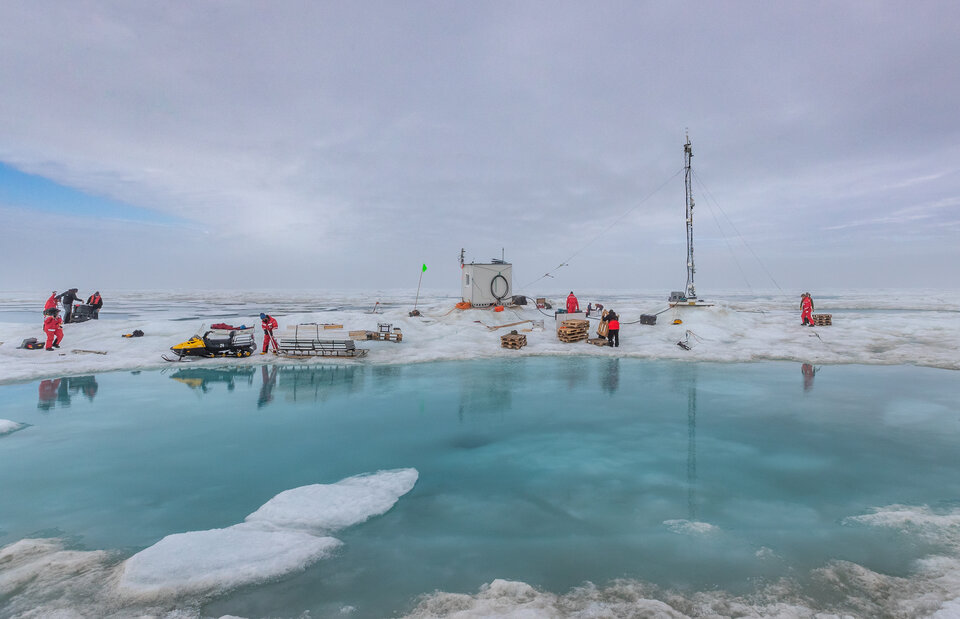 Prof. Julienne Stroeve at CPOM added, “There are a number of uncertainties in measuring sea-ice thickness, but we believe our new calculations are a major step forward in terms of more accurately interpreting the data we have from satellites.”

“We hope this work can be used to better assess the performance of climate models that forecast the effects of long-term climate change in the Arctic – a region that is warming at three times the global rate, and whose millions of square kilometres of ice are essential for keeping the planet cool.”

Michel Tsamados, also a researcher at CPOM, explained, “As part of the ESA Polar Science Cluster, we are actively developing complementary methods based on multi-frequency multi-satellite data fusion to further increase our understanding of the snow on sea-ice cover and its role in the climate and remote sensing of the polar regions.”

As well as the consequences for feedback mechanisms in the way Earth’s climate works, thinning sea ice in the coastal Arctic seas has implications for human activity in the region, both in terms of shipping along the Northern Sea Route, as well as the extraction of resources from the sea floor such as oil, gas and minerals. It is also a concern for indigenous communities as it leaves settlements on the coast increasingly exposed to wave action from the emerging ocean.

This study further confirms the key importance of enhancing our capability of simultaneously monitoring snow depth and sea-ice thickness change over the Arctic which is a primary objective of CRISTAL, one of future Copernicus expansion missions.