Alok Sharma: 'We must also follow the best scientific advice on climate change'. 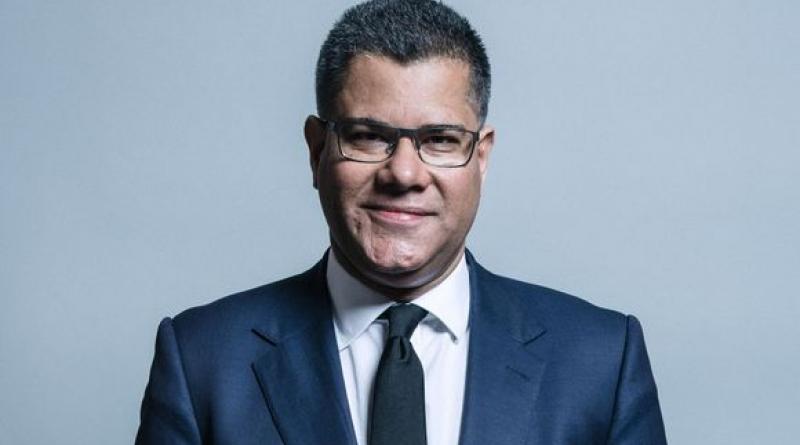 COP26 President steps up calls for 'clean, inclusive and resilient recovery' that delivers on the goals of the Paris Agreement, as polling reveals huge support for accelerate climate action

UK Business Secretary and COP26 President Alok Sharma has today called on governments around the world to submit enhanced climate action plans and place clean technologies at the heart of their post-coronavirus economic recovery strategies.

In an intervention timed to coincide with the 50th anniversary of Earth Day, Sharma joined with Italian Environment Minister Sergio Costa to stress that the co-hosts for the COP26 Climate Summit were seeking to accelerate global decarbonisation efforts, despite the economic crisis unleashed by the coronavirus pandemic.

The move also came on the same day as a global poll revealed an overwhelming majority of people believe climate change is as serious a crisis as Covid-19 and support the delivery of green economic recovery plans.

In a joint op ed in The Times today, the two ministers warned the same level of "global focus and resolve" that has characterised the response to the pandemic is needed to tackle climate change.

"Whether we live in the South or the North, the East or the West, we share one planet," they said. "It is important to remember, on a day such as this, that all our futures are intrinsically linked."

They added that while COP26 and the Pre-COP and Youth4Climate events that had been due to be staged in Italy this summer had been postponed until next year, it remained crucial that governments use the coming months to strengthen their decarbonisation plans.

"The stretch of time between now and COP26 is vital," they wrote. "As we emerge from Covid-19, we must take our lead from the international collaboration and science-led thinking we have seen during the pandemic to fight climate change, for the sake of all our peoples, future generations and our planet."

Specifically, the UK and Italy are calling on governments around the world to submit updates to their national climate action plans - known as Nationally Determined Contributions (NDCs) in the UN jargon - that clearly improve upon current targets and investment strategies.

"Italy, as part of the EU, and the UK are committed to coming forward with enhanced NDCs," they said. "We call on every country to do the same and follow the examples already set by the Marshall Islands, Suriname, Norway and the current COP presidency, Chile."

The list of countries that have published enhanced NDCs pointedly excluded Japan and Singapore, which have both submitted updated plans to the UN but did not strengthen emissions goals established at the Paris Summit in 2015.

"Countries pledges' to curb carbon emissions must be ambitious, and we must continue to increase climate action across the globe to reach the goal of the Paris Agreement to keep the global temperature rise well below two degrees, and pursue a limit of 1.5 degrees," Sharma and Costa added.

The pair also joined the growing band of political leaders calling for governments to put clean technology and infrastructure investment at the heart of their economic recovery plans.

"Ahead of the COP26 summit, efforts to rebuild the global economy will begin," they wrote. "We believe these should focus on supporting a clean, inclusive and resilient recovery building on the principles of the Paris Agreement and the Sustainable Development Goals. We will work together to ensure that the linked challenges of public health, climate change and biodiversity are addressed."

Sharma reiterated the point in a speech delivered today to a virtual gathering of the Placencia Ambition Forum which, under the presidency of Belize, brings together Small Island Developing States that are most vulnerable to climate change.

"The world needs to see more ambition to tackle the climate crisis," he said. More ambition on adaptation and resilience, more ambition on mitigation, and more ambition on support to vulnerable countries. And that ambition needs to translate into real world action. Every country must come forward with the highest possible ambition in their nationally determined contributions and long-term strategies."

He also echoed the UK government's argument that it has listened to scientific advice in its response to the coronavirus crisis and the same approach should be taken to the climate crisis.

The speech, which echoed calls today from UN Secretary General Antonio Guterres for governments to deliver green stimulus packages, came as Ipsos MORI published the results of a survey carried out in 14 countries around the world, which revealed sizeable majorities want to see bolder climate action.

The survey found that globally 71 per cent agree climate change is as serious a threat in the long term as covid-19, while 65 per cent support the delivery of 'green' economic recovery plans. Moreover, just 44 per cent back prioritising economic recovery in a way that harms the environment, compared to 48 per cent who disagree with such an approach.

The polling for the UK revealed a similar picture, with 66 per cent agreeing climate change was as serious as covid-19 and 58 per cent agreeing it was important to prioritise climate action in the government's recovery plan, compared to just 31 per cent disagreed.

"It is clear that while we deal with the Coronavirus crisis, Britons are still concerned with the environmental issues facing the world and the country," said Kelly Beaver, managing director of public affairs at Ipsos MORI. "And whilst a majority say they want the environment prioritised in the economic recovery, people in Britain are divided (almost equally) on whether or not the government should take actions which might harm the environment to help the economy recover."

The survey also showed that in all countries, including the US and Brazil, clear majorities agreed climate change was as serious a threat as the current pandemic and wanted to see green recovery plans delivered.

Will we learn lessons for tackling climate change from our current crisis?