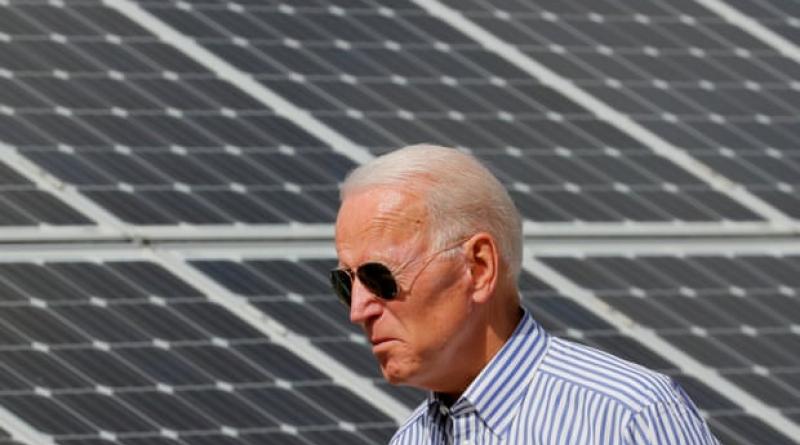 The Sunrise Movement helped reach 3.5m voters in swing states and are determined to hold the president-elect to his promises.

Joe Biden will have to navigate a path for the most ambitious climate agenda ever adopted by a US president through not only stubborn Republican obstruction but also an emergent youth climate movement that is already formulating plans to hold him to account.

A record turnout of young voters, a cohort riven by anxiety over the climate crisis, helped Biden beat Donald Trump on the 3 November election. The Sunrise Movement, the youth-led progressive climate group, reached 3.5 million young voters in swing states and now wants to see a return on these efforts.

“We will have to see if Joe Biden is true to his word when he says that climate change is his number one issue but rest assured the movement will be there to remind him every moment of the way,” said Varshini Prakash, co-founder of the group, which surged to fame last year after a viral video showed a fractious encounter between the Democratic senator Dianne Feinstein and young climate activists who had occupied her office. “We delivered for Biden, now it’s his time to deliver for us.”

Biden has called the climate crisis an “existential threat” to the US and has outlined a $2tn plan to decarbonize the electricity sector and create millions of jobs in clean energy. This package is far more ambitious than the Democrat’s original climate plan, which groups, including Sunrise, successfully pushed to go further.

“His ratings among young people were abysmal six months ago but, to his credit, he came back with a much better climate plan,” said Prakash. “It’s clear we don’t have time to wait. Young people are terrified of what is to come and they will push Joe Biden to do everything in his power to ensure climate action.”

An animating fear for climate activists is a repeat of Barack Obama’s failure to enact climate legislation, after the collapse of a grand bipartisan attempt to institute a price on carbon emissions. Biden will be pressured to push ahead without Republicans, with activists holding talks with the incoming administration to create an office of climate mobilization, in the vein of the war mobilization office set up by Franklin Delano Roosevelt in 1943, to coordinate efforts.

Protests are also brewing over Biden’s cabinet appointments, with disquiet over the rumored return of Ernest Moniz, a former secretary of energy who is in favor of using gas rather than solely renewable energy. “I have the fear that the cabinet that makes it through the nomination process won’t be considered full of climate champions,” said Prakash.

That nomination process, like much of Biden’s agenda, will hinge upon a Senate that appears likely to remain in Republican hands. Sweeping climate legislation would almost certainly be blocked in this scenario, testing Biden’s ability to force down emissions through executive actions or brokered deals with Republicans.

“Biden will attempt to legislate first while retaining the prerogative to regulate and I think there is still an opportunity to do that – he spent 30 years in the Senate and knows how to cut a deal,” said Paul Bledsoe, a strategic adviser at the Progressive Policy Institute and a Biden ally. Republicans could be swayed by an economic stimulus package that includes green elements such as new electric vehicle recharge stations, retrofitting buildings to make them more energy efficient and support for solar and wind power, Bledsoe said.

“I expect him to be very aggressive,” Bledsoe added. “If he had Congress it would be easier, Sunrise understands that. But I don’t think he intends to disappoint this new generation of climate activists.”

Public opinion will, at least, be broadly in Biden’s favor. Polling shows there is a record level of concern among Americans over the climate crisis, with a clear majority demanding a response from government.

“The electorate has clearly said it wants action on climate change,” said Heather McTeer Toney, a former regional administrator at the Environmental Protection Agency and now senior director of the Moms Clean Air Force. “It’s exciting that climate is a top line priority. I know it’s not going to be easy but it now feels possible. We should be energized.”

The Guardian view on Biden and the climate crisis: fight for net zero.