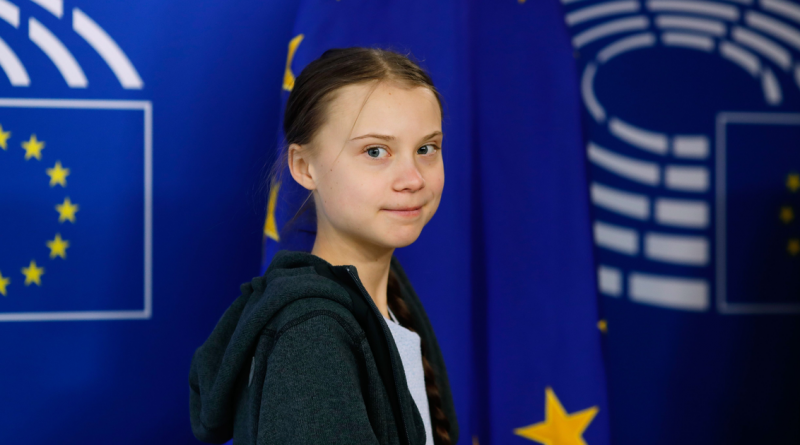 Brussels: One hundred youth climate activists have written a letter to EU leaders demanding that they withdraw the new Common Agricultural Policy (CAP) voted on by the Parliament last Friday. The letter was released online on Sunday, and has now been signed by over 50,000 people. It has also been sent to the European Commission and to Parliamentarians that voted to adopt the CAP, and those who abstained from voting.

The letter, which is available to read at withdrawthecap.org, is a condemnation of the Parliament’s decision to adopt the CAP, and an expression of hope that the EU Commission will withdraw the proposal, based on the fact that it is not aligned with the Paris Agreement targets. The letter states that “you have made many promises, such as reducing emissions, to be “climate-neutral” by 2050, and in Paris, you promised to aim to limit global mean temperature increase to well under 2 degrees. On these promises, you are letting us down. You ask us to trust you, but how can we trust you when you make promises - only to break them when it benefits you. Our trust must be earned, and you have done nothing to deserve it.”

The letter also criticizes the apparent hypocrisy of EU leaders, who praise the young people’s climate strike movement, yet propose, vote for, and approve policies that are disastrous for the climate, stating that the need to have a youth climate movement at all should make leaders “deeply uncomfortable”. Saoi O’Connor, from Ireland, said “Our ‘leaders’ do a lot of talking, and very little leading. They claim to acknowledge the climate crisis, yet they constantly make decisions that will only exacerbate it. If they truly understand the scale of the crisis we face, this is a worse crime than doing so in ignorance. Now they will destroy their own biodiversity and Farm2Fork strategies, and the targets set in the Green Deal, with this CAP. It does not make sense, and it is certainly not leadership. Where are the adults in the room?”

Anuna De Wever, from Brussels, said “If the EU is serious about reaching the goals of the Paris agreement, it’s not gonna happen by investing 1/3 of the European budget for the next 7 years into agriculture driven by fossil fuels.  This CAP is surrender on our future, and so we demand that the commission withdraws the CAP and comes with a serious proposal that is in line with the 1.5•C target.”

The authors of this letter are not only European activists, they are activists from all over the world. Many activists from the most affected peoples and areas (MAPA) or Global South, worked on and signed onto the letter. The activists say that although the CAP is a European policy, the impacts of the climate crisis will affect the entire world and that Europe must accept its disproportionate historical and present responsibility for the climate crisis and act accordingly.

In a video by activists from the most affected people’s and areas addressing EU leaders’ decision on the CAP, Sofia Gutiérrez, a climate activist from Colombia, stated that “Scientists have already warned the EU that the current form of intensive and factory farming will put us on a track to worsen the climate crisis and what does that mean? Once again, we, in the global south, experience worse impacts.”. Another activist, Valentina Ruas from Brazil said, “The climate crisis may look like a distant threat to many people -including the ones who voted in favor of this policy, but for us, living in the most affected areas, it is happening right in front of our eyes, burning our countries to ashes or drowning us with floods.”

The activists say that they hope the Commission will make the right decision and withdraw the CAP, and that they will keep fighting for the EU to align itself with Climate Justice and to match up to their promises and their words.

Climate Change Mitigation For The Youth.

4 Ways to Be a Real Youth Activist.