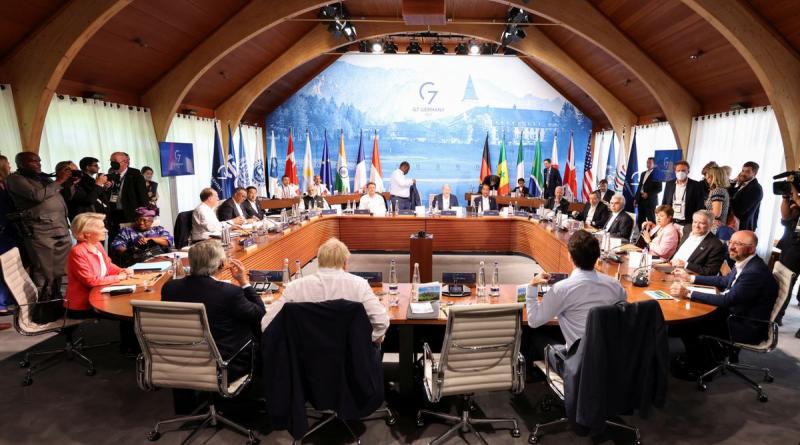 GARMISCH-PARTENKIRCHEN, Germany, June 27 (Reuters) - Climate campaigners criticised G7 leaders on Monday for making no concrete promises on global warming at a summit dominated by discussion of securing energy supplies during a global crunch caused by the war in Ukraine.

Heads of the Group of Seven wealthy democracies issued a statement agreeing to accelerate the fight against climate change while ensuring energy security, but have so far not announced any new measures at the meeting in Germany.

"Today's statement includes vague expressions ... But in the end, only real action counts," Friederike Roder from the anti-poverty group Global Citizen said in a statement.

G7 countries, in a standoff with Russia after the invasion of Ukraine, have sought ways to plug energy shortages and tackle soaring prices while sticking to their climate commitments.

Environment groups have pushed Western powers to stay focused on climate change goals despite the war, as some European Union countries turned back to dirtier coal to meet their energy demand after a drop in gas flows from Russia.

The three-day summit, which wraps up with a final comminique on Tuesday, discussed ways of reducing coal use and scaling up renewable energies in a way that is "socially just", the leaders' statement said.

The leaders "agreed to work together to accelerate a clean and just transition towards climate neutrality, while ensuring energy security", the statement said.

Campaigners, including members of the Fridays For Future youth movement inspired by Swedish climate activist Greta Thunberg, said the leaders had not gone far enough in curbing the use of fossil fuels.

"The G7 summit so far is a fossil fuel madness, and they drink champagne to that every evening here, and take nice pictures, family pictures, a family of fossil fuel addicted leaders," 20-year-old Fridays For Future activist Dominika Lasota said.

The G7 also invited leaders of Argentina, India, Indonesia, Senegal and South Africa to take part in the summit.