The world’s largest combination of hydropower and solar power 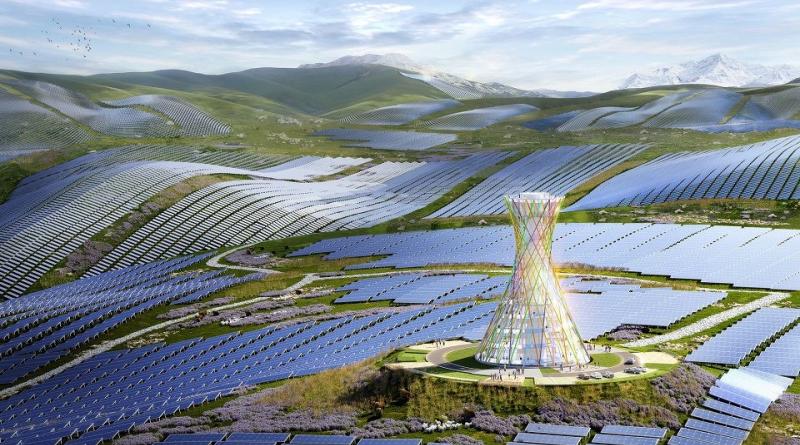 Yalong River Hydropower Development, a Chinese state-owned hydropower project developer, has begun construction of a 1 GW Kela photovoltaic power plant in southwest China’s Sichuan province. It is planned that its production will amount to 2 billion kWh per year.

Once completed, the solar power plant will save more than 600,000 tons of standard coal and avoid more than 1.6 million tons of carbon dioxide emissions per year, the statement said.

The solar installation will be connected to the existing 3 GW Lianghekou hydroelectric power plant on the Yalong River. When completed, the new hybrid complex, which is a combination of solar and hydro generation, will be the world’s largest power plant of this type. The hydropower part of the project has a regulated storage capacity of up to 6.56 billion cubic meters of water (total capacity: 10.8 billion cubic meters).

Yalong River Hydropower Development will invest 5.3 billion yuan ($791 million) in a solar power plant to be built on a plateau between 4,000 and 4,600 meters. It will be connected to the HPP via an existing 220 kV power line and a new 500 kV line.

The solar power plant will include more than 2 million solar panels and more than 5,000 inverters. The modules will be placed 1.9 meters from the surface to allow vegetation to grow underneath and provide pasture for cattle and sheep.

The motives for combining two different generating facilities are not specified in the statement, however, we can assume that these are savings on network infrastructure and optimizing the integration of a solar power plant into the power system using the regulatory capabilities of hydroelectric power plants.

Yalong River Hydropower Development claimed that the solar power plant will be completed by the end of 2023. As the exclusive energy infrastructure developer in the Yalong River Basin, the company plans to deploy 80 GW of renewable energy capacity in the area, including 40 GW of wind and solar power, 30 GW of hydroelectric power, and 10 GW of pumped storage.

The combination of solar generation and hydropower is a rather rare practice, but similar projects (smaller) are already being implemented. In 2021, Vattenfall started the construction of a photovoltaic system at a pumped storage plant (PSPP) in Schleswig-Holstein, Germany.

The climate risk for hydropower