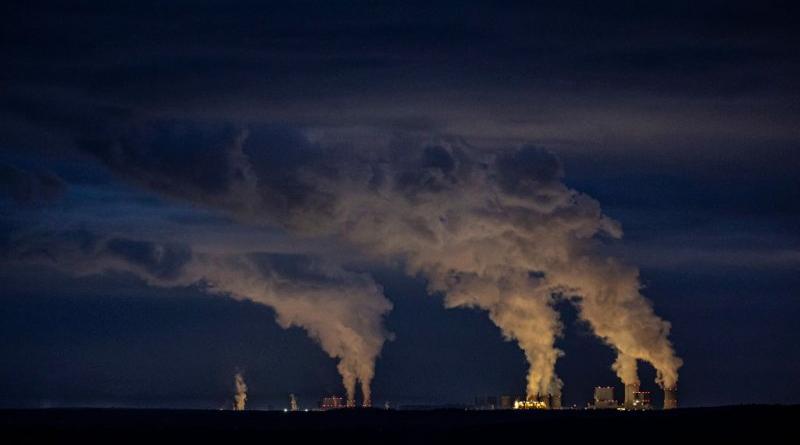 Dense U.N. reports may not make onto anyone’s must read list for the holidays, so think of the United Nations Environment Program’s 2020 Emissions Gap survey as a warning letter from Santa, on behalf of the planet.

The report, released today, is published at the end of every year and measures national commitments to reduce emissions against what science says is needed to limit global warming to an increase of 1.5°C above pre-industrial levels, the goal set out by the 2015 Paris Agreement. This year, we are still firmly on the naughty list, as we have been for the past five years: Despite a brief dip in carbon dioxide emissions caused by the pandemic, the world is still heading for a temperature rise of 3.2 °C this century.

But there is an opportunity to turn that looming lump of coal in our future—a global climate catastrophe—into a gift, if governments turn their post-Covid recovery plans green. Think of it as the ultimate sendoff for 2020, turning the horrors of the past year into a vaccine for a new, more resilient era where the planet is protected along with the humans that live on it.

The report looks at what global emissions will look like in 2030 if countries fully implement their climate promises. So far, “we are not even close to where we should be,” says Anne Olhoff, Head of Strategy, Climate Planning and Policy at UNEP, and the report’s lead author. Even before the forecast temperature rise, 2020 is on track to be one of the warmest on record, with wildfires, droughts, storms and glacier melt intensifying.

On Dec. 2, Petteri Taalas, the secretary general of the World Meteorological Organization announced that 2020’s global temperature is set to reach 1.2 °C above the pre-industrial levels, and that there is 20% chance of the global average temperature temporarily exceeding 1.5 degrees Celsius by 2024. That is the milestone the Paris Accords were established to avoid. Backed by almost every country on earth, the global compact called for keeping the global temperature from rising no more than 2°C, with a goal of 1.5 °C. Anything more than that represents an existential risk for many low-lying island states as sea levels rise.

In a Dec. 2 speech marking the release of the U.N. State of the Climate report, UN Secretary-General António Guterres listed extreme-weather events that occurred over the past year, including wild fires and the record active Atlantic hurricane season that were linked to climate change. He also cited the bleaching of coral reefs and reductions in biodiversity, saying that “humanity is waging war on nature. This is suicidal. Nature always strikes back, and it is already doing so with growing force and fury.”

A rise of 3.2°C is almost impossible to comprehend, says Olhoff. “You have to keep in mind, these are global averages. A rise of 3.2 may mean two degrees in Denmark, but it could mean seven degrees in central Africa. It will make large parts of the earth uninhabitable. The increase in extreme weather events, the impact of melting of ice sheets, will be enormous.”

In order to slow that temperature rise, nations need to cut greenhouse gas emissions by at least 6% a year through 2030. That is roughly on par with the reductions as a result of this year’s global shutdown over the Covid-19 pandemic, when factories closed and people around the world stopped flying, shopping and commuting. “We would need to see something of a similar magnitude every year to get on track to the Paris goals,” says Olhoff. “But we need to do it in a way where we are not shutting down economies, where it won’t hurt people like it’s done this year.” In fact, this year’s suffering won’t count for much at all unless it is backed by long term structural changes to the way the world consumes energy and uses fossil fuels.

Which is why it is vital that post-Covid recovery plans focus as much on reducing carbon emissions as they do economic growth. According to the report, a green pandemic recovery could cut around 25% off the greenhouse emissions predicted for 2030 and put the world on the 2°C path (even more reductions would be required to achieve the 1.5°C goal).

That means governments need to support zero-emissions technologies and infrastructure, reduce or eliminate fossil fuel subsidies, ban new coal plants, and promote nature-based solutions such as large-scale landscape restoration and reforestation, all as an essential part of their recovery plans. According to Olhoff, fiscal investments into global recovery plans are worth 12% of global GDP this year. “That money can only be spent once,” she says. If the investments are not green, “there’s a big risk that they will commit us to an even more fossil fuel-based future that will be very difficult to break out of.”

So far, few recovery plans include the kind of green commitments that will make a difference. Olhoff is still optimistic that there is room for change. “A lot of these investments are just announced, they are not implemented yet, so there is still the opportunity to make them greener.” That’s where believing in Santa, or, say, an enlightened leadership from all nations, comes in. At least this year, according to the report, there has been a big increase in the number of countries, including large emitters, that have announced commitments to net zero emissions targets before or around the middle of the century. Of course, says Olhoff, “It doesn’t help if you just announce that you will be climate neutral in 2050. You have to back it up with climate action now and with much stronger climate commitments for 2030.” Santa’s watching.