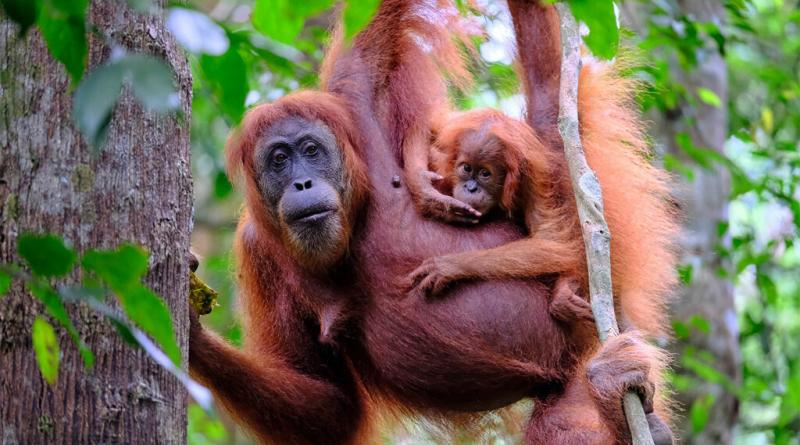 Human activities are driving thousands of species to the brink of extinction.

The world is facing its sixth mass extinction — it’s happening now and we are the ones to blame, according to a new study, which warned of the growing number of species that are facing extinction on the planet.

Professor Gerardo Ceballos and his team said human activities like poaching, pollution, and the use of toxic substances are driving species to the brink of extinction at a rate that has accelerated in recent decades. According to the new study, 173 species went extinct between 2001 and 2014.

“173 species is 25 times more extinct species than you would expect under the normal, background, extinction rate,” Ceballos told CNN. In the past 100 years more than 400 vertebrate species went extinct, he argued, something that in the normal course of evolution would have taken more than 10,000 years.

The Earth has seen five massive extinctions throughout its history, taking away between 75% and 90% of the species of plants, animals, and microorganisms. The most recent one caused the dinosaurs to disappear. All past events were caused by natural alterations in the environment. But now it’s being caused by humans.

“Even though only an estimated 2% of all of the species that ever lived are alive today, the absolute number of species is greater now than ever before,” the researchers wrote. “It was into such a biologically diverse world that we humans evolved, and such a world that we are destroying.”

Ceballos and his team argued that most of the species facing extinction are concentrated in the regions that are being most altered by human activities. After a species disappears in an ecosystem, the entire ecosystem is affected – driving other species into extinction in a cascading effect. Species rely on each other, and that’s bad news for humans.

The authors used data from the International Union for the Conservation of Nature (IUCN) Red List of threatened species and from Birdlife (the bird authority for the IUCN), in order to identify species on the brink of extinction on every continent – such as the Golden Lion Tamarin (Leontopithecus rosalia) and the Ethiopian Wolf (Canis simensis)

“When humanity exterminates populations and species of other creatures, it is sawing off the limb on which it is sitting, destroying working parts of our own life-support system,” Paul Ehrlich, a Stanford researcher and a co-author of the new study, told CNN.

The researchers added that the coronavirus crisis was an example of how mistreating the natural world can end up affecting people. The coronavirus likely jumped into humans in Wuhan, China, from bats. A large number of the species that are under threat are now being decimated by wildlife trade, they added, calling for conservation measures such as a ban on wildlife trade.

The data shows the importance of acting fast to protect the world’s biodiversity. The United Nations is set to agree this year on a new set of global goals to tackle the biodiversity crisis in the coming decades. Similar targets had been set in 2010 but the world failed to meet most of them.

The study was published in the journal PNAS.

With Temperatures Rising, Can Animals Survive the Heat Stress?