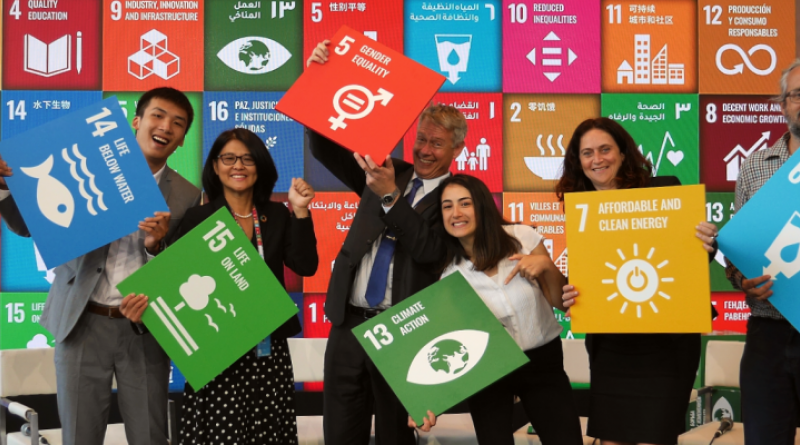 New York, 21 September 2019 – Young people from Portugal, Brazil and the United States are being celebrated as the winners of the 2019 Global Youth Video Competition for telling inspiring stories of local climate action that can be scaled up and replicated around the world.

In advance of this year’s edition of the Global Youth Video Competition, over 400 videos were submitted by young people between the ages of 18 and 30 from 114 countries, focusing on the issues of cities and local action to combat climate change, nature-based solutions for food and human health and balancing the use of land for people and ecosystems.

The winners were announced at the UN Secretary-General’s Youth Climate Summit in New York. Speaking at the event Niclas Svenningsen, Manager with Global Climate Action at UN Climate Change said:

“The Global Youth Video Competition is turning the spotlight on action taken by youth around the world. Now more than ever, we need to engage youth in the international discussions. Their voices need to be heard at the upcoming UN Climate Action Summit and beyond.”

The winners, chosen through online public voting, are Raquel Gaião Silva from Portugal with her video "Ocean Alive", Rafael Forsetto and Kiane Assis from Brazil with the video "What is Agroecology", and Callie Broaddus from USA for her video "Reserva: The Youth Land Trust".

Winners will travel to the UN Climate Change Conference (COP25) in Santiago de Chile, Chile, in December, where they will attend the Global Youth Video Competition Award Ceremony, among other events.

The video by Raquel Gaião Silva presents the efforts made by the Portuguese NGO “Ocean Alive” to protect the seagrass meadows in Setúbal. The video describes how volunteers collaborate with marine scientists to learn about biodiversity and the scientific protocols for environmental quality assessments. “Ocean Alive” works to educate students and the local fishing community, in order to promote behavior change, reduce destructive fishing, and protect the seagrass meadows.

In their 3-minute entry, Rafael Forsetto and Kiane Assis define agroecology and show how it has become part of the culture for farmers in Paraná, Brazil. These farmers avoid pesticides and seek to increase biodiversity and reduce the ecological impact of their agricultural practices. Through the Latin American School of Agroecology, they work to share their knowledge and good practices.

Watch the video by Rafael Forsetto and Kiane Assis:

Category 3: Balancing use of land for people and ecosystems

The video by Callie Bradous describes how she and her sister set up “The Youth Land Trust” to protect Ecuadorian forests. They aim to empower young people around the world and create the first entirely youth-funded nature reserve. Callie strongly believes that if young people are given the adequate platform, they can bring the planet back into balance.

Watch the video by Callie Bradous:

More information on the 2019 winners can be found here