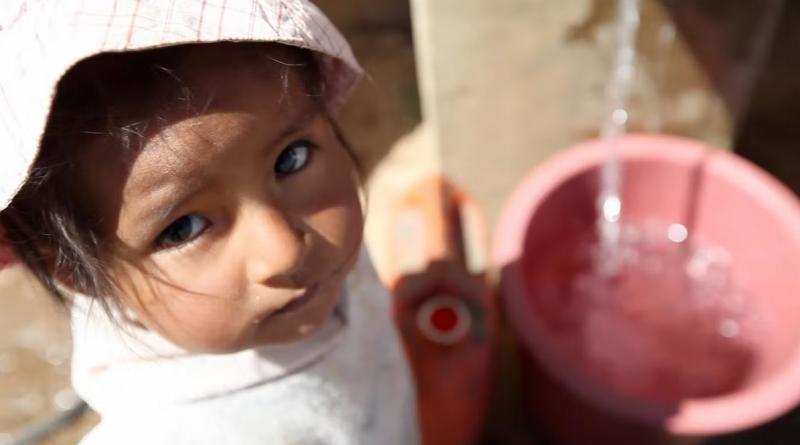 As climate threats from flooding to water scarcity rise, Iranians see little help on the horizon.

In just over a year, Iran has endured deadly flash floods, crop-ruining drought, punishing dust storms and heatwaves that have pushed temperatures as high as 48 degrees Celsius (118 degrees Fahrenheit) - all crises likely fuelled by climate change.

But for those hit by the impacts, finding help is proving very difficult.

Iran is one of just four countries that have not ratified the 2015 Paris Agreement to curb climate change - alongside Yemen, Libya and Eritrea.

The United Nations Office for the Coordination of Humanitarian Affairs (UNOCHA), for instance, said it can only activate UN management teams to respond to disasters at the request of a state.

“In (Iran’s) January 2022 floods, there was no official request made,” said a representative for the UNOCHA humanitarian advisory team in Iran, on condition of anonymity due to the sensitive nature of their work.

That’s in contrast to when major floods hit Iran in early 2019, when UNOCHA was involved and prepared a response plan and funding appeal in coordination with the authorities.

The torrents earlier this year killed at least 21 people and destroyed homes and buildings across Iran, according to the Red Crescent Society and state media reports.

Khodadad, 56, a sheep and goat farmer in Arghun, a village in southern Iran slammed by floods in July, said his pleas for government help were refused after 170 of his 200 animals died.

An agriculture ministry representative told him that because his animals were not insured there was no point in trying to seek compensation, Khodadad said by phone, asking that only his first name be used for fear of reprisals from the authorities.

“This is my livelihood we are talking about. I have no other source of income,” he told the Thomson Reuters Foundation.

Iranian environmentalists and academics say that with the government falling short on preparing for and responding to climate change-related threats, they have tried to step in to exert pressure, sometimes with disastrous results.

But in April 2018 he resigned and left Iran after being arrested and interrogated multiple times on suspicion of being a Western spy.

More than 63 environmental activists and researchers were arrested in Iran in 2018, according to Amnesty International.

At least seven of them - who worked for the Persian Wildlife Heritage Foundation on efforts to protect the endangered Asiatic cheetah - were sentenced to jail for between six and 10 years on charges of conspiring with a foreign country or spying, the lawyers representing the activists have said in statements.

“The environment has the power to unite people regardless of ethnicity, ideology or background, and this scares insecure states,” Madani said by phone from Toronto, where he is based.

Iran’s government, which did not return emails requesting comment, said last year that economic sanctions imposed on the country - largely over its nuclear programme - have hindered its efforts to tackle climate change.

One of the main areas of growing concern in Iran is water scarcity.

Madani said many cities and villages have at times run out of water both because of growing drought and because authorities have pushed ahead with unsustainable projects and not reined in use, leading to groundwater and surface water levels declining.

“In simple words, Iran is water bankrupt,” added Madani, who was last month appointed the incoming director of the UN Institute for Water, Environment and Health (UNU-INWEH).

Water shortages are evident at fast-drying Lake Urmia in northwest Iran, a problem the government blames on climate change but Madani attributes to mishandling of the watershed that feeds the lake.

“We all get angry when a beloved lake and national treasure dries up. It didn’t have to get to this stage,” he said.

In a 2017 report submitted to the UN climate change body, Iran’s Department of Environment noted that “the increase in temperatures and the decrease in precipitation and available water resources are the present reality for the country”.

With Iran often blaming protests on foreign nations, Supreme Leader Ayatollah Ali Khamenei last year said Iranians rallying over water shortages in the country’s southwest should be careful not to provide enemies with an opportunity to “conspire against the interests of the regime, country or its people”.

But he also said the protesters should not be criticised for their actions, and that “their issues must be taken care of”.

With the next two UN climate changes conferences taking place in north Africa and the Middle East - Egypt this year and Dubai in 2023 - water scarcity concerns in the region may move up the global stage, said Edeltraud Guenther, director of the UN University (UNU), based in Germany.

But Amir Aghakouchak, an Iranian-American professor of civil and environmental engineering at the University of California, Irvine, who has written on water scarcity in the country, said he was not sure a higher profile would translate to action on the ground in Iran.

“Unfortunately, when it comes to water and environmental management, I am not optimistic about the level of government engagement,” he said.

cover photo: With the next two UN climate change conferences taking place in north Africa and the Middle East, Egypt this year and Dubai in 2023, water scarcity concerns in the region may move up the global stage. Image: World Bank Photo Collection, CC BY-SA 3.0, via Flickr.

Iran’s groundwater resources are rapidly depleting, and everyone should pay attention