Will 2022 be the year sustainable travel goes mainstream? 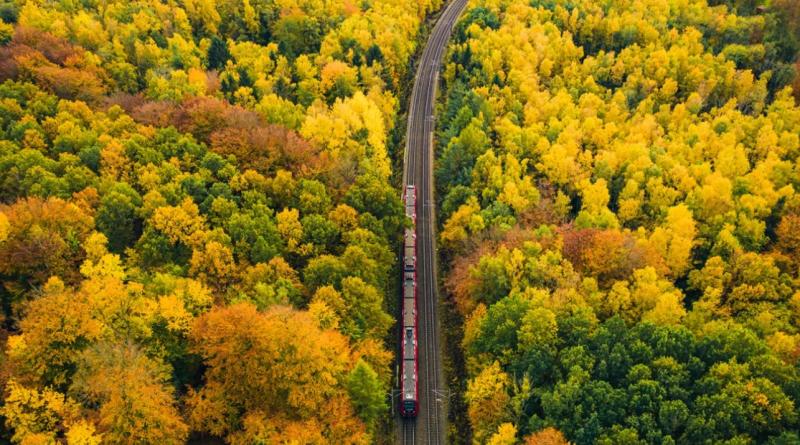 From flight-free holiday companies to carbon labelling, travel looks set to get greener in the year ahead

2020 was predicted to be the big year – the year that “sustainable” went mainstream.

After all, it had a nice ring to it: the start of a new decade; an era of change. Even the symmetrical structure of the year itself – two twenties, striding forth side-by-side into the future – seemed to signal the winds of change, that a forward-looking epoch was upon us.

It followed a year of peak Greta Thunberg, widespread Extinction Rebellion protests, David Attenborough’s heart breaking more visibly with each of his series that aired, and the flygskam (flight shame) movement gaining traction. It looked like sustainability was about to go from zeitgeist to ubiquitous, including across the travel sector.

Well, our old friend corona put paid to a lot of the real change we thought we’d see two years ago. But now, as we enter 2022 – not quite as aesthetically pleasing as 2020, granted, but beggars can’t be choosers – it looks like this could be the year. Anecdotally, the number of emails in my inbox mentioning “sustainable”, “slow” and “responsible” travel has reached a fever pitch. And, while much of this may indeed be more green-wash than true commitment, there’s definitely been a shift in the importance that global travel brands – including airlines – are putting on emphasising their eco-credentials.

It reflects the way in which sustainability has crept up the agenda for us civilians, with events like COP26, held in Glasgow in November, and the release of the latest damning IPCC report over the summer, infiltrating the national psyche. A survey by Kantar of residents of 10 countries, including the US, UK, France and Germany, published in November, found that 62 per cent of people saw the climate crisis as the main environmental challenge the world was now facing, ahead of air pollution (39 per cent), the impact of waste (38 per cent) and new diseases (36 per cent). Some 76 per cent said they would accept stricter environmental rules and regulations in response.

Elsewhere, research from Booking.com’s 2021 Sustainable Travel Report found that 43 per cent of nearly 30,000 people surveyed said the pandemic had made them want to travel more sustainably in the future.

So, does Neo from The Matrix need to watch his back – could 2022 be The One? Let’s take a look at the elements that could help holidaymakers get their green on in the year to come.

The popularity of eschewing air travel in favour of slow travel has gone from strength to strength. So far, 3,590 people have signed up to the Flight Free UK pledge for 2022 – committing to take no flights, or only essential flights (no leisure trips allowed) for the next 12 months. This compares to 5,000 in 2021; founder Anna Hughes is aiming to convince 10,000 people to sign up in the year ahead.

“Even though Covid is still very much with us, and travel of all kinds is difficult, people are keen to show that they are staying grounded for the climate,” she tells The Independent. “There has been a growing awareness in the past few years of the environmental impact of our travel choices, and we have seen more and more people signing our pledge because of their concerns for the planet.”

And there are all kinds of interesting companies popping up to offer flight-free itineraries in response to demand. Two new enterprises were created during the pandemic – arguably not the easiest time to set up shop, but if they can survive that, they can probably survive anything – to cater to this burgeoning market of travellers. Byway, a pioneering slow travel planner for flight-free trips, launched in 2020. Each multi-stop trip is “personalised for the holidaymaker, and optimised for quality of experience instead of speed.” No Fly Travel Club launched the following year, offering “sustainable rail trips for adventurous souls”. The main tenet of each is the idea that stopping flying doesn’t have to mean stopping travelling – and that, in fact, swapping plane for train can add a massive injection of adventure into any trip.

In addition, Europe seems to be taking the slow travel theme and running with it – numerous sleeper train routes are launching on the Continent over the next year or so, offering travellers the opportunity to cover vast distances while they kip.

After 20 months in which many of us were forced to stay grounded and slacken our pace, the idea of embracing slow travel might not be so “out there” in 2022.

Picture this: you’re scrolling through holiday options, trying to decide where to book for your next big trip. But instead of comparing the facilities, the number of infinity pools or the size of the breakfast buffet, you’re weighing up the carbon emissions of each possibility – because the numbers are right there, in black and white, for all to see.

Carbon labels aren’t just a flight of fancy, nor a “nice-to-have” extra to be added on at some unspecified point in time: it’s a trend that has already taken off, and looks set to only get bigger.

“Do I think it will be everywhere? I do,” Sam Bruce, co-founder of Much Better Adventures, says of carbon labelling. It was the first international travel company to introduce the concept at the beginning of 2021. “It should go beyond travel and they should be on all products that we buy; carbon labels should be the new calorie.”

Pura Aventura, another travel company with sustainability at its heart that released carbon labelling this year, has taken a different approach. The UK tour operator introduced labels for itineraries as part of its preparation to become a certified B Corporation – the premier sustainability certification only awarded to brands that are legally committed to balancing purpose and profit – but it wasn’t as straightforward as giving each trip a number.

“The complexity we have is that all our trips are tailor-made – so we can’t say we’ve got 50 trips and let’s measure the carbon of each one,” says co-founder and CEO Thomas Power. “Every trip is different. You need a live tool – so we built it into our database.”

Meanwhile, even Google is getting in on the action: the search engine launched a range of new product features to give people greener options when they travel in the autumn of 2021. These included putting carbon emissions information on Google Flights, with travellers able to see associated carbon emissions per seat for every flight and find lower-carbon options.

The concept of offering trips that are “net neutral” or that do no harm – “take nothing but photographs, leave nothing but footprints, keep nothing but memories” and all that jazz – has been around for a while. But some forward-thinking companies believe that no longer really cuts it.

Ethical tour operator Responsible Travel has been offering green and conservation-driven breaks and holidays for two decades, but in 2021 year – its 20th anniversary – founder Justin Francis decided that he wanted to go further, offering trips that actively make destinations better. The brand’s new goal is to make every trip “nature positive” by 2030. Just as being “climate positive” goes a step further than being carbon neutral – not just cancelling out carbon production, but actively removing carbon from the atmosphere – this travel ethos aims to leave the environments we visit not just in the same state that we found them, but better off.

Adventure tour operator Exodus also has nature positive travel at the top of its agenda; the company has pledged to become what it’s calling “nature net positive” by 2024.

There’s an expanding band of travel firms actively looking to make the world a better place through the holidays they run – and their growth is testament to the fact that more and more tourists are placing a higher value on booking with a clear conscience.

In Booking.com’s 2021 Sustainable Travel Report, 64 per cent of travellers said they wanted to stay in “sustainable accommodation” in the year ahead. While it’s not always easy to know exactly what that means – after all, if a hotel has composting toilets but barely pays its workers a living wage, is it really the better choice? – this research highlights that the issue is becoming a bigger factor in holidaymakers’ decision-making when it comes to where they stay.

As part of its “greener” travel options launch, Google has included information on sustainability efforts when searching for hotels, from waste reduction and water conservation measures to whether they’re Green Key or EarthCheck certified.

And a new platform catering specifically to travellers looking for more eco digs has also been created: Staze claims to be the planet's first carbon negative hotel platform. Users can filter more than 450,000 hotels by carbon footprint in any city and double carbon offsetting is offered for free on every booking.

That’s it, I’m calling it: greener getaways look ready to hit the mainstream in 2022.

cover photo: Green travel is on the rise

Boris Johnson will travel home from Cop26 by private plane

Could a Tax on International Travel Fund a Country’s Response to Climate Change?