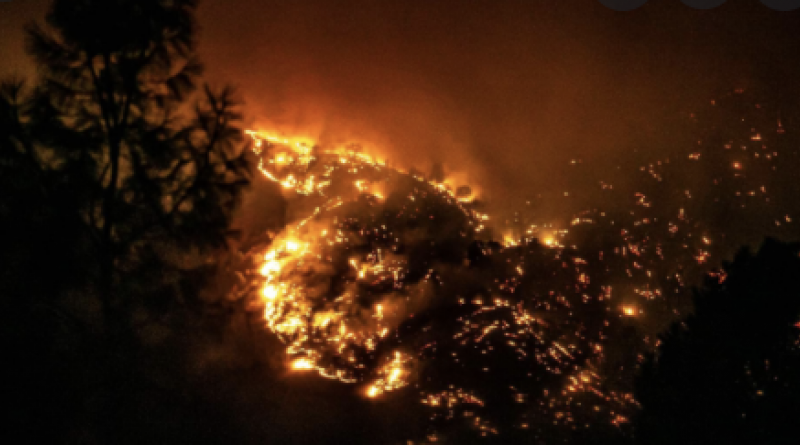 The fires come as the West is blasted with its second, life-threatening heatwave in a matter of weeks.

A wildfire is raging on the edge of one of America’s most iconic public lands, Yosemite National Park.

The River Fire ignited on Sunday in the Sierra Nevada, south of the park. According to Cal Fire, the state’s largest wildfire fighting agency, it has burned 9,500 acres and is 15 per cent contained as of Tuesday morning.

The fire is threatening Highway 41, which leads into Yosemite, the UC Davis Fire Department reported in the early hours.

New large fires were reported in Arizona, California, Idaho, Montana, and Oregon, and more than 14,200 wildland firefighters and other personnel are battling the blazes.

The fires come as the West is blasted with its second, life-threatening heatwave in a matter of weeks. A mega-drought, also being exacerbated by the climate crisis, in the region is making fire conditions even more dangerous.

The largest, the Bootleg Fire, is burning in southwestern Oregon. It doubled in size, and then doubled again, this weekend and is threatening 2,000 homes along with California’s power supply.

Families told local TV news outlet KPTV that they escaped the fire with minutes to spare. Tim McCarley described the blaze as a “firenado”.

Lightning strikes ignited fires being called the Beckwourth Complex in northern California and it remains less than 25 per cent contained. The flames have consumed 140 square miles of land, including in Plumas National Forest.

The complex includes the Sugar Fire, which exploded across the forest, which suffered badly in 2020, and is the largest of the season so far. By Tuesday, the Beckwourth Complex was 46 per cent contained, the US Forest Service reported, but homes had been destroyed in Doyle, a rural town close to the Nevada state line. 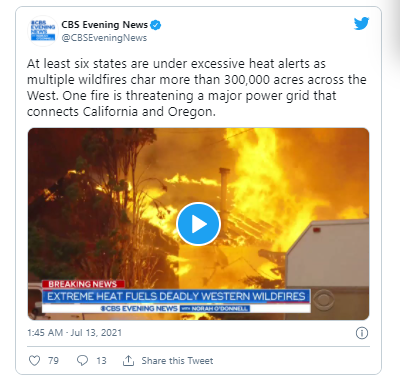 Cal Fire reported that compared to the same time last year, there has been more than 700 wildfires and 103,000 more acres burned.

The heatwave is beginning to show signs of easing, the National Weather Service reported on Tuesday but remain above mid-July averages across California, Nevada, Oregon, Utah, Idaho, and Wyoming. Some 10 million people remain under excessive heat warnings.

Despite the slight cooling off, winds up to 30mph are raising the fire risk in Washington, Oregon and northern California.

Airport officials facing jet fuel shortages are concerned they’ll have to wave off planes and helicopters that drop fire retardants, potentially endangering surrounding communities, AP reported. Some shortages have already been reported in Oregon and Utah, along with in Arizona, in what’s already shaping up to be a dire wildfire season.