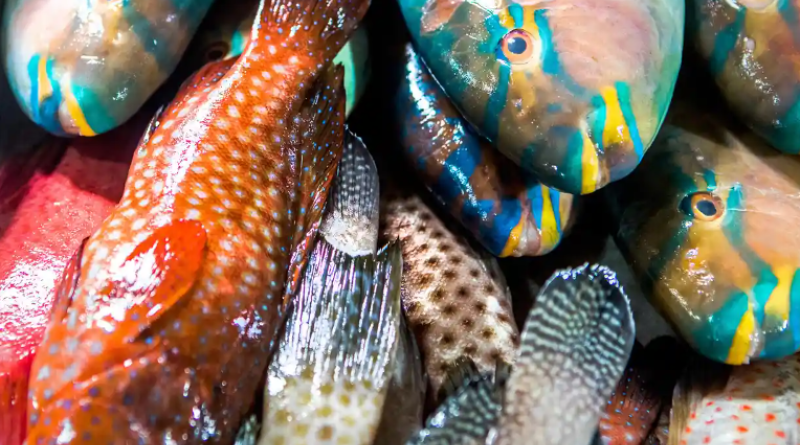 Wild plants, animals, fungi and algae support half of the world’s population but their future use is threatened by overexploitation, according to a new assessment by leading scientists.

From the 10,000 known wild species that humans harvest for food to the firewood that one in three people need for cooking, nature is key to the livelihoods and survival of billions of people in developed and developing countries, says a new UN report.

Amid a global food crisis sparked by Russia’s invasion of Ukraine, the study offers insights into how humans can more sustainably use resources from ecosystems, drawing on more than 6,200 sources, about 200 contributing authors and holders of Indigenous and local knowledge, with a summary approved this week by 139 countries in the German city of Bonn.

They found that about 50,000 wild species are known to be used for medicine, energy, food, building materials, recreation and Indigenous cultural practices, upon which 70% of the world’s poor directly depend.

Examples of the damaging practices include unsustainable fishing and logging, which have left one in three fisheries overexploited around the world and one in 10 tree species threatened with extinction. Plant groups such as cacti, orchids and cycads are particularly at risk, and unsustainable hunting has been identified as a threat to the survival of 1,341 wild mammal species, especially pronounced in large-bodied species with low reproduction rates.

The report also highlights lessons from sustainable practices around the world. The authors point to the early recovery of bluefin tuna in the Atlantic Ocean after the collapse in stocks in the 1990s and 2000s, and the more sustainable fishing of the enormous pirarucu fish in the Amazon, which involves community-based management.

The exploitation of the Earth’s natural resources is one of the five main drivers of the destruction of biodiversity, according to the Intergovernmental Science-Policy Platform on Biodiversity and Ecosystem Services (Ipbes), often referred to as “the IPCC [Intergovernmental Panel on Climate Change] for biodiversity”. The new report also considered the future use of wild species and found that climate change, increasing demand and the improving efficiency of extractive technologies pose a significant challenge.

Dr Marla Emery, who co-chaired the assessment, said: “Half of humanity uses and benefits from the use of wild species. Their sustainability is essential for biodiversity conservation, and for human wellbeing.

“The information we have compiled gives us a great deal of hope, as well as models for how we can have more sustainable use of wild species in the world.”

The report, compiled over four years by 85 experts, underscores the importance of Indigenous and local knowledge in ensuring the sustainable use of wild species.

The use of wild species is also an important income source for millions of people. Before the pandemic, protected areas received 8 billion visits a year and generated $600bn (£500bn) annually. The legal trade in wild plants, algae and fungi is a billion-dollar industry.

Dilys Roe, head of the International Union for Conservation of Nature’s sustainable use and livelihoods specialist group, said the standout finding of the report was the importance of wild species to billions of people, particularly to Indigenous and local communities.

“We have heard a lot about bans on the wildlife trade, a ban on wild meat consumption and so on, and I think this assessment really makes clear how key sustainable use of wild species is to human wellbeing,” she said.

“It’s not just about subsistence use for local people. It also talks about commercial use and recognises the revenue generated from wild species as an important source of income, which is a really important incentive for conservation.”

Roe said an important limitation of the report was the lack of data about species that humans consume and exploit, but that existing information included in the assessment indicated that more often than not, human practices were sustainable.

“That’s a slightly different story to the one that we normally get told, which is usually much more negative,” she said. “But it does highlight the huge need for better information.”

Writing about the assessment for the Guardian, the UK government’s chief scientific adviser, Sir Patrick Vallance, said the report provided compelling evidence that humans were overexploiting wild species, and that governments must act at Cop15 to halt the decline.

“The last decade’s targets were not met; the next decade’s must be. Credible delivery plans will be required, and we need a robust mechanism for monitoring progress and holding ourselves to account,” he writes. “This is our chance to secure long-lasting agreements to protect our planet.”