When it comes to the ‘costs’ of going green, the Tories suddenly care about poverty 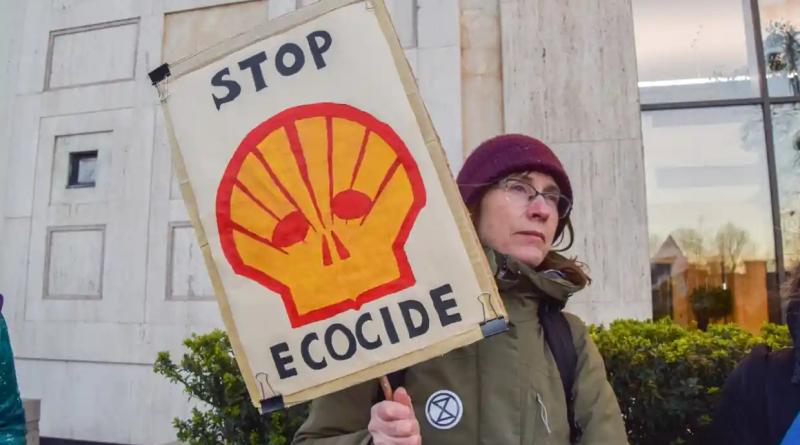 Why are the most extreme Tory MPs so influential? The European Research Group pressed for the hardest of Brexits, and the government gave it what it wanted. A similar faction, the Covid Recovery Group, lobbied for the removal of public health measures, and again succeeded. Now the Net Zero Scrutiny Group, featuring some of the same characters, demands the abandonment of effective climate policy, and is clearly gaining ground.

Why? Because the Conservative party has long been drawn towards its extremes. It is pulled this way by the gravitational force of dirty money. This is a result of the pollution paradox. The paradox proposes that the most antisocial commercial interests have the greatest incentive to buy political favour, otherwise they would be regulated out of existence. So politics comes to be dominated by them.

The Conservatives shamelessly court dirty money, and dirty money is ripping this country apart. It wants to tear away regulation and restraint. As politicians roll over, they expose us to repeated crises.

Last month, the UK government overrode the Welsh government to permit the massive extension of a coalmine. This will produce 40m tonnes of coal: in other words, it’s almost 15 times bigger than the proposed new mine in Cumbria. Yet the media, perhaps because so many English journalists struggle to locate Wales on the map, has scarcely mentioned it. Also in January, the government approved a new oil and gas field called the Abigail. Last week, it overruled the local authority to force through an extension of Bristol airport. Far be it from me to accuse this upstanding administration of insincerity, but you could almost imagine that its commitments at the climate summit last November did not mean what they appeared to mean.

The central claims of the Net Zero Scrutiny Group are nonsense. Energy bills are increasing not because of feeble green levies, but because the global price of fossil gas has boomed. On Tuesday, BP posted profits of £9.5bn. Last week, Shell announced that it had made £14.3bn. They are likely to rake in even more this year. In the middle of the climate summit in November, the chief executive of BP boasted that his company is “a cash machine”. This is what you are paying for when your bills rise.

In the UK, these companies have been granted a licence to print money. For the past three years, Shell and BP have paid no corporation tax on the oil and gas they extract from the North Sea and no production levies either. In other words, they have been given these resources by the government.

Whoops, I mean paid to take them away. Over the same period, they have been granted reliefs on the taxes they didn’t pay of almost £400m. This is because they can claim the cost of decommissioning their rigs and platforms against their nonexistent tax bills. But decommissioning should have been priced in when the contracts were signed. It’s a classic case of private profits, public liabilities. After being paid to take the gas away, these companies sell it back to us at mind-boggling prices.

What is the best way of avoiding the ruinous costs of fossil gas? Insulating our homes and switching to new energy sources. As an analysis by Simon Evans at Carbon Brief shows, the scrapping of green policies by successive Tory governments has added almost £2.5bn to the UK’s energy bills. This expensive vandalism includes junking energy efficiency grants, banning new onshore windfarms and abandoning the zero carbon homes plan.

A recent study shows that homes in the UK lose heat, on average, three times faster than homes in Germany. Part of the reason is that the number of homes installing cavity wall insulation fell by 97% after David Cameron scrapped the grant scheme.

In a recent article in the Times, the chair of the Net Zero Scrutiny Group group, Craig Mackinlay MP, claimed that onshore wind power costs twice as much as gas and has been “rising steadily for the last decade”, while offshore wind costs three or four times as much. These claims are flat wrong. Government estimates show that gas costs twice as much as onshore wind power, and one and half times as much as offshore wind. Nor is this crisis, as some Tory MPs maintain, anything to do with a lack of domestic supply. As fuel bills soar, exports of gas from the UK have risen.

Their claims to care about people struggling with rising energy bills look to me like blatant opportunism. The website They Work for You shows that the most prominent member of the group, Steve Baker MP, has consistently voted for a reduction in welfare payments. But as soon as the interests of fossil fuel companies are threatened he becomes Robin Hood. In an article in the Sun last year, owned by that lifelong champion of poor people, Rupert Murdoch, Baker lamented that green policies would “leave Britain’s poorest out in the cold”. He railed against the imposition of costs on working families by “elite policymakers who govern our lives”, of which he is the very model.

If he really cares about costs being dumped on working families by elite policymakers, perhaps I could draw his attention to Brexit. Its price tag, according to one calculation, will by 2050 be 20 times greater than the cost of net zero. Yes, that Brexit, which Baker, as the former chairman of the European Research Group, was so determined to take all the way.

Of course, the costs of decarbonisation should not be borne by the poor. But there is no need for them to be. A windfall tax on the profits of fossil fuel companies is just one of the simple and progressive measures that could pay for the refurbishment, insulation and new heating systems that so many homes desperately need. But guess whose political philosophy forbids such distributions of wealth.

cover photo: ‘In the UK, these companies have been granted a licence to print money.’ Photograph: Vuk Valcic/SOPA Images/REX/Shutterstock

Extreme weather has cost Europe about €500bn over 40 years