'What could I have done?' The scientist who predicted the bushfire emergency four decades ago. 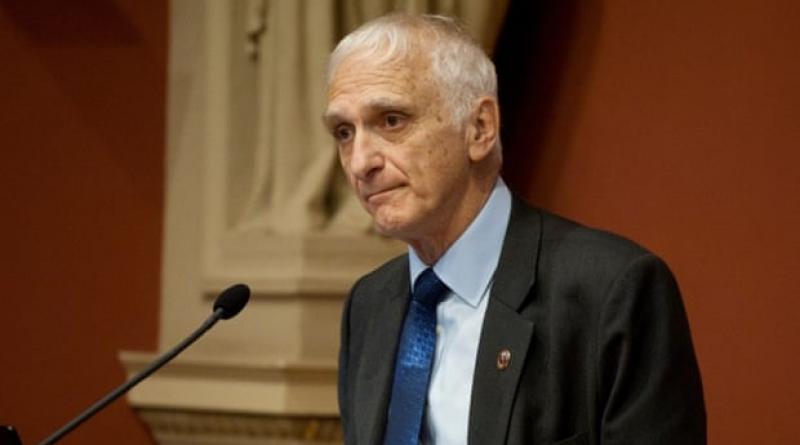 Dr Tom Beer’s pioneering 1980s research into bushfires and climate change has, to his dismay, proved all too accurate

From his lounge in Brunswick, Melbourne, 72-year-old Dr Tom Beer has been watching the fury of an unprecedented Australian bushfire season unfolding on his television screen.

“I feel really sorry for the firefighters who’ve got extraordinarily tough jobs ahead, and it’s only going to get tougher,” says Beer.

“But I feel maybe I was not enough of a prophet crying in the wilderness.”

Back in 1986, Beer was working as a CSIRO meteorologist looking at bushfires when he was asked by his boss, Dr Graeme Pearman, to go and find out what the greenhouse effect might mean for the future of fires.

Beer’s findings in 1987, published in 1988 as “Australian bushfire danger under changing climatic regimes”, became the first study in the world to ask what climate change was going to mean for wildfires.

“It seems obvious, but actually we found the correlation was not temperature and fires, but relative humidity and fires. Temperature goes up, it gets drier, and then the fires go up,” says Beer.

Australia’s bushfire season has started early this year, with fire chiefs saying the length, extent and intensity of the fires is unprecedented.

More than a million hectares has been burned, entire towns and communities have been decimated and lives have been lost. In just one week in NSW, 259 homes have been destroyed.

With months of firefighting ahead of them, fire chiefs are starting to worry about the fatigue and stress on volunteer firefighters. Now, as more dangerous fire weather is forecast, Beer and Pearman are asking what else they could have done as scientists who were sounding the early warning bells for the current suffering. Why did the science not lead to action?

“I would blame most of that on the lobbying”,” says Pearman, now 78. “That lobbying has been extremely powerful in a country driven by the resource sector that includes uranium, coal and gas.

“There’s a huge reluctance to reign that part of our economy in with a more strategic perspective.”

The story of Beer’s paper starts with Pearman who, says Beer, deserves credit for driving climate change research within CSIRO in the 1980s.

Pearman had taken an early climate change scenario developed by colleagues Barrie Pittock and Henry Nix, and handed it to scores of specialist scientists across the country.

Pearman wanted to get a picture of how climate change might impact issues including Australia’s agriculture, ecology, insurance industry, hydrology, irrigation, farmers and power generators.

“We went to all these scientists and said, in a year, we want a paper prepared to see what it means for your area. That was the basis for Tom Beer’s paper. That was a year before the Greenhouse ‘87 meeting – a watershed. At the end of the day it was a risk assessment. ”

Beer recalls it this way. “Graeme Pearman said to me, you do bushfires, and I clicked my heels and saluted, and just got on with it.”

The task wasn’t simple, and Beer’s initial hopes that he would “just need to go and crank the computer handle” were challenged. The climate scenario was based on global average temperatures going up by about 3.5C – but there are a lot more ingredients driving fires than just temperature.

Beer says the devastating Ash Wednesday bushfires of 1983 had driven interest inside CSIRO for research. A national bushfire research unit was established, and he moved to Melbourne to work.

This interest in the issue, he says, was in contrast with the relative scepticism on climate of his boss, Brian Tucker, who was chief of CSIRO’s atmospheric research division.

“Tucker thought there was no future in this climate change business,” says Beer, adding that Tucker was more interested in the prospects of an impending ice age. When Tucker left CSIRO, he took up a position at the Institute of Public Affairs, where he wrote articles sceptical of the risks of human caused climate change.

But, says Beer, “Tucker had Graeme Pearman breathing down his neck”.

“It would be wrong to say Tucker was holding [Pearman and Pittock] back, but he wasn’t advancing or promoting their research either.”

‘It didn’t seem to have an impact’

Beer’s paper was one of more than 50 presented at the 1987 conference, and then in a book that was 745 pages long. Beer did media interviews and travelled to the US to talk to wildfire specialists about his work.

He also got a “blistering” letter from a WA forestry director, attacking his findings as “shoddy”.

“What happens then?” asks Beer. “They forget it, because there are no big bushfires for another 10 years.”

That lack of major bushfires saw CSIRO’s institutional interest wane on the issue, and after five years or so, Beer had moved away from researching bushfires. But that wasn’t before he helped write a second paper in 1995using more sophisticated climate models, which backed up his earlier findings.

Now, Beer admits to being frustrated that the warnings coming from the CSIRO didn’t turn into action. But there’s also a sense of guilt.

“If I had really believed how bad it was going to get, I should have been out there asking for more funding for firefighters,” he says.

“I suppose I was young enough to believe that doing the science was going to be enough and miraculously, people would act on it. That was a naive view, but I think that was probably fairly common among working scientists.”

Beer retired from CSIRO in 2014 as the head of the climate research program. Pearman took over from Tucker as as the head of of the atmospheric research division, and retired in 2004.

During his time at CSIRO, Pearman gave climate change presentations to prime ministers Hawke, Keating and Howard. “There was an opportunity to deliver a perspective to these leaders … yet it didn’t seem to have an impact,” Pearman says.

Current debate has echoes of ’87

What Pearman is seeing play out now, in the bushfire crisis and the drought, “is what we were talking about at the Greenhouse 87 meeting. That was about the changes that we anticipated, based on basic physics of the climate system.”

Despite the fact that Pearman gave more than 500 presentations on climate change between 2000 and 2010, he still asks himself if he could have done more.

“What could I have done? What did I do wrong?” he asks. “There are times when you look and think, there’s something we did wrong in trying to communicate this.

“There are times when I get – maybe not quite as far as depressed – but I think that the value of the science investment is being belittled by people with ideological views on how the world is, rather than a view of the world that’s based on observations.”

Pearman is still active in climate issues as a professorial fellow at the University of Melbourne’s climate and energy college.

He reserves some criticism for his old organisation that he says has become too focussed on work to drive “economic benefit”. He knows, too, that human nature and psychology also blocks action.

“But in a business with investment in a coal mine, their interest is in what happens in the next five years. Those industries have been very effective.”

Out of control: bushfires blaze across Australia's east coast – in pictures.

Exxon predicted in 1982 exactly how high global carbon emissions would be today.