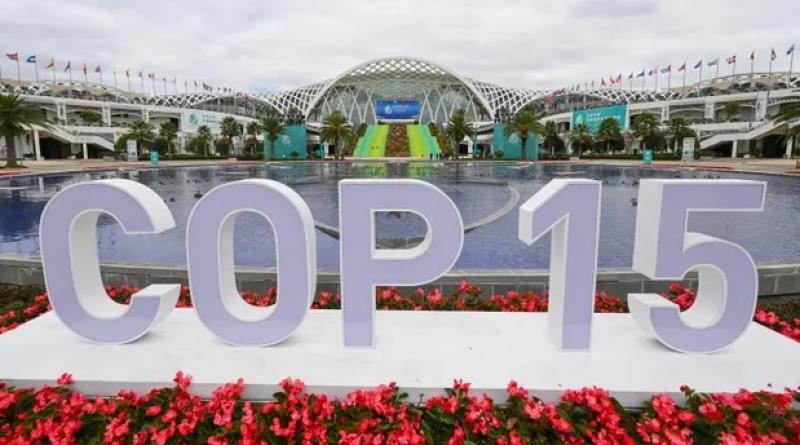 Biodiversity talks in Kunming are likely to be delayed again, but the world urgently needs a Paris-style agreement for nature

It was supposed to be a “super year for nature”: 2020 was going to be “a major opportunity to bring nature back from the brink”. But then the coronavirus pandemic set in and long-held plans to tackle the environmental crisis, kickstarted at Davos in January, where the financial elite underscored the risks of global heating and biodiversity loss to human civilisation, never happened. The biggest biodiversity summit in a decade, Cop15 in Kunming, China, where world leaders were expected to strike a deal to halt and reverse the destruction of ecosystems by reaching a Paris-style agreement for nature was postponed until 2021. The Cop26 climate summit was also postponed for a year.

As we enter 2022, there has still not been a super year for nature. Substantive negotiations for the biodiversity Cop15 meeting in China, the little sister to the climate convention, are likely to be delayed a fourth time as a result of the Omicron variant. Preparatory talks planned for January 2022 in Geneva have been pushed back – again – until March in a process that is feeling increasingly cursed, despite the best efforts of organisers.

What is the Kunming biodiversity conference?

At Cop15 – the 15th conference of the parties to the UN convention on biological diversity – governments will negotiate new targets to protect biodiversity for this decade. The accord, “a Paris agreement for nature”, aims to slow rampant biodiversity loss around the world and is part of the UN’s overarching plan that humanity should be living in harmony with nature by 2050. The summit was originally due to take place in October 2020 but after several delays it is hoped that a face-to-face meeting will happen in 2022.

Why is it a big deal?
Time is running out to take action. An international group of scientists, including Prof Paul Ehrlich, author of The Population Bomb, warned in January 2021 that the planet is facing a “ghastly future of mass extinction, declining health and climate-disruption upheavals” that threaten human survival. The world has failed to meet a single target agreed a decade ago to stem the destruction of wildlife and life-sustaining ecosystems.

Are only governments worried?
No. At the 2021 World Economic Forum, business leaders said biodiversity loss was the third biggest existential, or long-term threat, to the world and was among the top five risks in terms of impact, alongside infectious diseases, climate action failure, weapons of mass destruction and natural resource crises.

What might the Kunming agreement look like?
In January 2021, the UN convention on biological diversity published a 21-point draft of the agreement. It commits signatories to protect at least 30% of the planet, control invasive species and reduce pollution from plastic waste and excess nutrients by 50%. Governments are yet to negotiate properly on the draft targets.

“We’ll get it done. Come hell, high water … or Covid. When and how, I don’t know,” says Basile van Havre, co-chair of the Convention on Biological Diversity (CBD) working group responsible for crafting the Cop15 agreement. The 21-point draft includes targets on eliminating plastic pollution, reducing pesticide use by two-thirds and halving the rate of invasive species introductions, aimed at cutting the rate of extinctions and protecting life-sustaining ecosystems.

Amid the delays, warnings about the health of the planet have not gone away. Scientists say the sixth mass extinction of life on Earth is under way and accelerating, driven by human behaviour. A million plant and animal species could disappear, according to a UN report complied by leading researchers, which also found the biomass of wild mammals has fallen by 82% and natural ecosystems have lost about half their area. During the pandemic, the destruction of the world’s forests increased sharply. Dangerous levels of greenhouse gases continue to accumulate in Earth’s atmosphere as humans consume beyond planetary boundaries. And yet, the world’s governments have missed every single target they have set for themselves on averting the destruction of the natural world.

“It’s like a debt that you’re not paying back. You keep accumulating the interest and that’s going to have to be repaid at some point,” van Havre says. “The later you wait, the more expensive it will be.”

CBD negotiators last met in person in February 2020 in Rome, as the pandemic took hold. In May 2021, representatives from the 196 parties to the agreement embarked on a gruelling schedule of online talks to get back on track, meeting six days a week for three hours until mid-June. Negotiators for Pacific island states were among those who attended the video calls in the early hours due to timings of the meeting.

From there, hope rose that the process could finally be completed. A ceremonial opening of Cop15 in Kunming, split in two because of the delays, took place in October, in which China took the presidency, the first time Beijing has hosted a major UN environmental conference. A group of philanthropists, including Amazon founder Jeff Bezos, donated $5bn to protect 30% of the planet by the end of the decade. There was an emphasis on nature and biodiversity at Cop26 with side deals on deforestation and a mention for nature in the Glasgow pact. Then, yet again, the pandemic had other plans.

“Covid is a curse, of course. Can you imagine if Omicron happened a month earlier and what would have happened with Glasgow. But, as always seems to be the case, the CBD was the unlucky one,” says Li Shuo, a policy adviser for Greenpeace East Asia, who says he will be watching Covid protocols closely at the Beijing Winter Olympics to assess the likely restrictions on delegates at Kunming part two.

While Cop15 in person may remain in doubt, plans for the first IUCN Africa Protected Areas Congress (APAC), to be held in Kigali, Rwanda, in March 2022 are for now still on track. The summit promises to be “the first ever continent-wide gathering of African leaders, citizens, and interest groups to discuss the role of protected areas in conserving nature”.

If 2022 is to finally be a super year for nature, experts say three main things need to happen. First, countries must strike an agreement at Cop15 – whenever it happens – that is reflective of the crisis in the natural world and, most importantly, they must stick to it. Second, nature needs an elegant north star akin to the 1.5C and 2C climate targets that everyone can pursue, from businesses and governments to NGOs and citizens. Finally, 2022 must be the year the world adopts a single strategy to tackle the three environmental conventions agreed nearly 30 years ago at the Earth summit in Rio de Janeiro. Scientists are clear that the climate crisis, destruction of nature, and desertification cannot be tackled in isolation, and countries should follow the example of Uruguay, which is developing a combined approach.

Resolving divisions between developed and developing countries from Cop26 will be key if there is to be a Paris-style agreement for nature, says van Havre, who emphasises the role of civil society in the negotiations and the “trust or lack thereof around the $100bn of climate funding from developed countries … There are consequences.

“NGOs were important for lifting ambition at Cop26 in Glasgow. That is a clear signal of what we will need in Kunming. We will need them to be able to engage with delegates on site, not in a different place,” he adds.

Despite support from dozens of nations to protect 30% of land and sea by 2030, countries including South Africa are arguing for a lower number to be included in the final Kunming agreement. Ambition on targets relating to plastics pollution, pesticide use and harmful subsidies will also be weighed against financial commitments, expert commentators say.

In terms of a rhetorical north star for nature, many in the biodiversity community are continuing to search for a coherent term. “Nature positive”, a phrase increasingly used by businesses and governments, lacks a formal definition and will include more complicated metrics than its climate equivalents. Leading fossil fuel companies, such as BP and TotalEnergies, have started to develop strategies for their projects to have a positive impact on biodiversity.

“I think we need to recognise that, unlike climate change, where the 1.5C is a target, biodiversity is more complex,” says Elizabeth Maruma Mrema, the UN’s biodiversity head. “A number of factors will make something nature positive or not: land, the sea, climate change, chemicals, pollution, invasive species. All that increases the complexity. It will be difficult to have the equivalent to 1.5C.”

But Eva Zabey, director of Business for Nature, says the perfect cannot be the enemy of the good when it comes to developing a system businesses and civil society can follow for nature.

“In my view, nature positive is the equivalent of net zero, which is not in the Paris agreement text but is a way of making it more accessible,” says Zabey. “We shouldn’t be waiting for a framework to start the action. There are some ‘no regret’ actions that companies should take now. Make sure your supply chain is deforestation free, for example. There’s no reason not to start innovating new products and to invest in protecting and restoring ecosystems.”

Officials have started to hint at the need for another Earth summit to respond to the challenges of the 21st century. Some developing countries are seeking to separate issues of biodiversity and climate at UN negotiations in the hope of dual streams of funding. But the UK and France have started to allocate climate funding to biodiversity, indicating how intertwined the issues are. Maintaining coherence between climate, biodiversity and desertification treaties will be key, says Mrema.

“If these three conventions were to be negotiated today, probably there would just be one treaty. At the time, the world was looking at issues in silos. Time and again, scientists have reminded us that that doesn’t work. Taking care of soil will look after biodiversity and help with the climate, for example. Likewise, we cannot dissect when it comes to implementation,” she says.

Do we need a new Earth summit? “That could be an important question to ask ourselves,” says Mrema.

In terms of whether these issues will be resolved at Kunming part 2 next year, Li Shuo says the Chinese presidency may need to find its own Alok Sharma (Cop26 president) or Archie Young (lead climate negotiator for the UK) to have any hope of making it a super year for nature.

He says: “How do they translate a political-level mandate into the technical nitty gritty? It is a big question. Are we transitioning into a time period when they do that? Or are we going to see that during the Cop?”

cover photo: Kunming Dianchi International Convention and Exhibition Center in China, where in-person biodiversity talks are due to be held. Photograph: Xinhua/Alamy

Extinction Rebellion: More than 500 arrested during protests in London