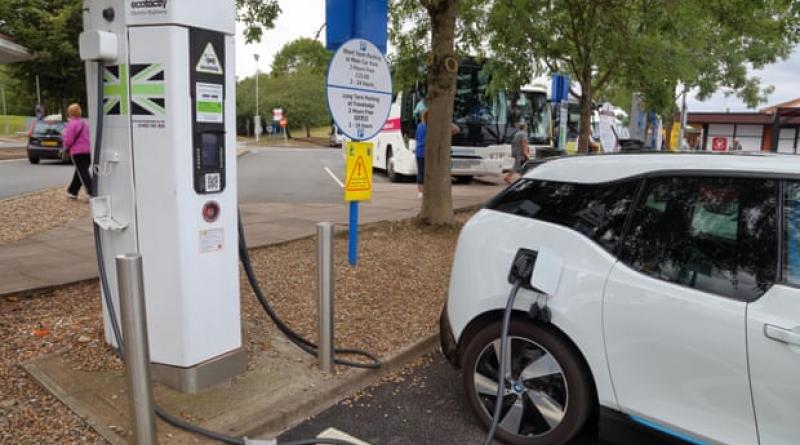 If the government plots a green recovery from coronavirus, the benefits are endless. If it doesn’t, we’re screwed.

Trillions of dollars will be invested by governments in reviving their economies over the next two or three years. If those dollars are well spent, ensuringlow-carbon, nature-restoring prosperity, we have a real chance of avoiding runaway climate change and ecosystem collapse. If they’re spent on taking us back to pre-coronavirus days, we’re screwed. The climate’s screwed. The planet’s screwed. And all future generations are screwed. It’s as simple – and as binary – as that.

This year was meant to be the year of major breakthroughs in addressing the climate emergency and the biodiversity crisis. It will be neither. It will live in the minds of most people as the Year of Covid-19. And rightly so. But those twin emergencies of climate and collapsing ecosystems haven’t gone away while we’ve been straining humankind’s every sinew to mitigate the impacts of the deadliest public health threat in 100 years.

Yet what made the climate emergency and the biodiversity crisis so urgent before Covid-19 guarantees that they will be even more daunting and even more disruptive at the end of this traumatic year – with a whole 12 months lost in terms of political engagement and leadership.

Ignore all the over-excited coverage there will no doubt be at the end of this year celebrating a reduction in greenhouse gas emissions of up to 10%, towns and cities temporarily purged of the horror of toxic air quality (killing far more people, by the way, every year, than Covid-19 will), and nature back in our lives through the magic of birdsong and wild creatures returning to our denatured urban landscapes. Look on all that as a short-lived respite, a beautiful but evanescent manifestation of how things could be, for citizens the world over. All those silver linings will rapidly disappear unless we start doing things very differently.

A mighty choir of voices (from Prince Charles and Greenpeace to countless multinationals and academics) are now singing from the rooftops to remind our politicians that we have a glorious opportunity to bring forward lasting improvements that would have been unimaginable even six months ago. Their mandate now is crystal clear: restore purchasing power; create new jobs; prioritise the least well-off – and do all of that in ways that simultaneously make it possible for us to deliver climate stability and a thriving planet.

So is there any indication that the UK government is thinking in those terms? The short answer is “possibly”. Beyond the standard waffle from the prime minister (“We owe it to future generations to ‘build back better’ and base our recovery on solid foundations, including a fairer, greener and more resilient global economy”), there have been much stronger declarations of intent from both the Department for Business, Energy and Industrial Strategy and the Treasury, with specific talk of a “green industrial revolution” to create tens of thousands of new jobs.

Even the Department for Transport has been getting in on the act, announcing plans for 2,500 electric charging points along motorways and A-roads by 2030, as well as a £250m active travel fund to support the development of pop-up bike lanes, wider pavements and cycle- and bus-only corridors – a down-payment, apparently, on a much bigger programme under consideration.

But all this is very small beer indeed compared with the plans of the chancellor, Rishi Sunak, to spend up to £27bn over the next five years to expand Britain’s road network – locking us into decades of carbon-intensive car dependency at precisely the time when every company in the country is developing post-coronavirus work and travel planning, specifically to reduce car use and commuting, doubling down on more flexible, tech-enabled ways of working.

So just flip it, Rishi! Transport is the UK’s biggest source of greenhouse gas emissions. Hang on to that scale of ambition by making the £27bn available to our cities and towns to invest in cycle lanes, better pedestrian facilities and improved public transport – as cities such as Bristol and London are already starting to do. This will deliver jobs at the local level (especially in many of our northern cities, which one assumes Boris Johnson hasn’t yet entirely forgotten about), cleaner air and improved health (reducing the burden on the NHS) and potentially massive reductions in greenhouse gas emissions over the next 10 years.

Similar, massive benefits are available if the government chooses to invest in a nationwide housing retrofit programme, a pre-existing commitment that has come and gone on several occasions, simply because no previous government ever put its money where its cynically gabby mouth was. As the Green New Deal group has shown, as well as the government’s own Infrastructure Commission, an ambitious retrofit programme means jobs in every constituency (many of them available to young people staring out on a blighted, jobless post-coronavirus world), a huge uptake in construction skills and trades, a rapid reduction in the kind of fuel poverty that has blighted the lives of tens of millions of people (simultaneously costing the NHS billions every year), with significant reductions in greenhouse gas emission by the end of the decade.

Once the Treasury opens its mind to the potential of a far-reaching Green New Deal, we should also be borrowing unashamedly from President Roosevelt’s original New Deal back in the 1930s by creating a 21st-century equivalent of his Conservation Corps to help restore this nation’s desperately degraded environment. It’s only six months since the major political parties were trying to out-green each other by committing to massive tree-planting programmes in their election manifestos. Since then, the Department for Environment, Food and Rural Affairs has pretty much sat on its hands.

Nothing is ever quite as “shovel-ready” as advocates would have us believe, but local transport solutions, housing retrofits and nature-climate solutions could all be brought forward, at speed and at scale, in ways that would be hugely popular with citizens across the country. There is now not one good reason why this government shouldn’t soon be announcing one of the most ambitious rescue packages anywhere in the world.

• Jonathon Porritt is an environmentalist and author. His latest book is Hope in Hell: A Decade to Confront the Climate Emergency (£16.99, Simon & Schuster)

Electric Car Charging Stations Are Finally About to Take Off.