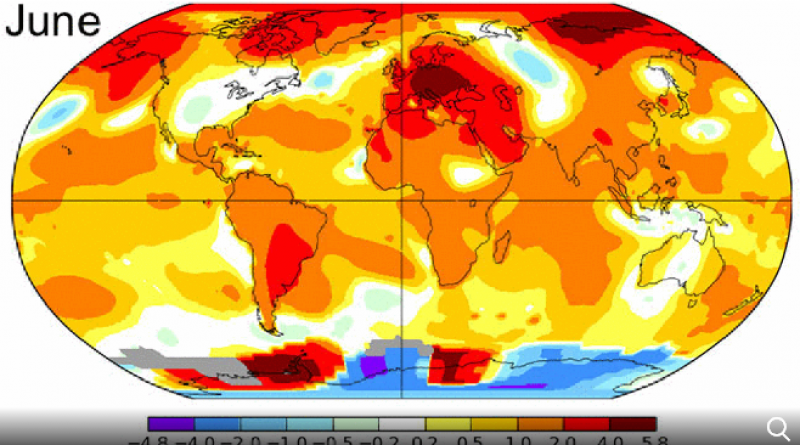 That may not sound impressive, but in the realm of global temperatures, this warm anomaly made it the planet's warmest June in records dating to 1880, slightly outpacing the previous record from 2016.

Ultimately, what's most important is not whether a given month is a fraction of a degree warmer or colder; rather, it's the overall trend, which continues its upward climb since the late 1970s.

June 2019 marked the 414th consecutive month and 43rd straight June that global temperatures have been above average in NOAA's database. NOAA noted nine of the 10 warmest Junes have occurred this decade.

It was also the 16th straight month landing in the top five warmest respective month in NASA's database, a streak that began in March 2018.

Since 2015, 50 of the last 54 months have at least tied a top five warmest respective month, according to NASA-GISS. From June 2015 through August 2016, 11 separate months set warm records for the month. 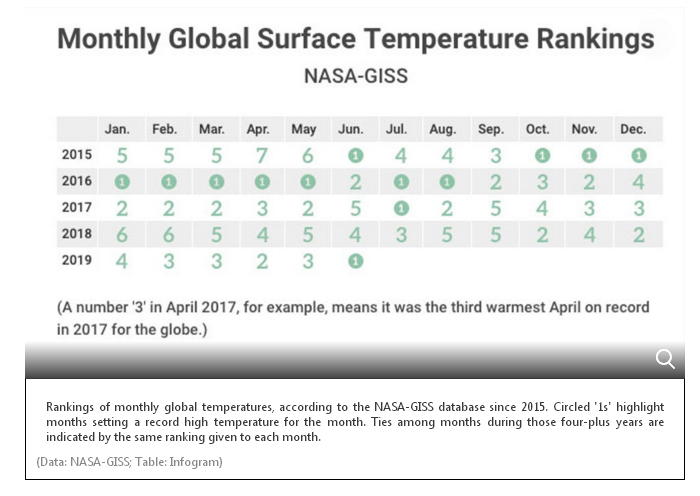 Other expert analyses came to the same conclusion.

NASA's Goddard Institute for Space Studies also found June 2019 global average temperatures across all land and ocean surfaces were warmest of any previous June in their records also dating to 1880. 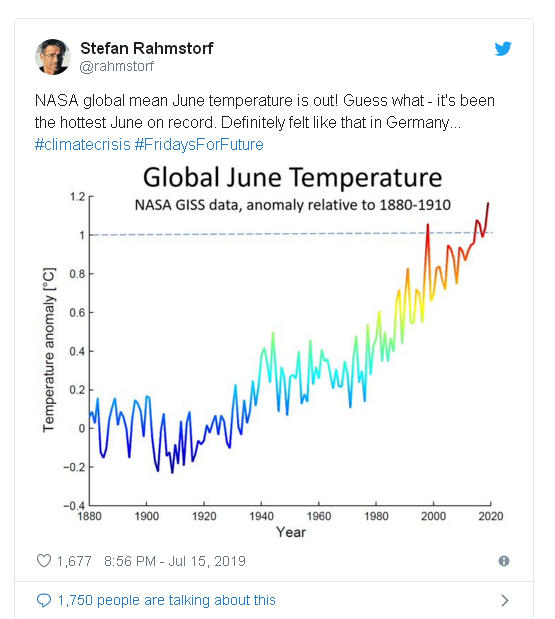 A second analysis from the Japan Meteorological Agency also found June 2019 was the globe's warmest June, nudging it above both 2016 and 2015. The JMA analysis found the planet's five warmest Junes have all been within the past five years.

Some of the most impressive temperature departures from average in June were analyzed by NOAA over northern Siberia, over 7 degrees Celsius above average. 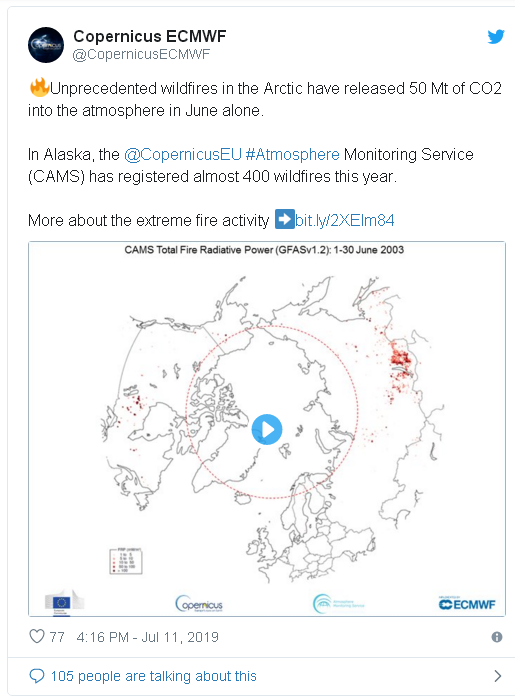 * clik here to watch the video inside the picture

By contrast, June was relatively average in most of the Lower 48 states.

Parts of Alaska, northwest Canada, Mexico, South America, southern Africa, eastern Asia, Australia and New Zealand were among the record warm areas over the first half of 2019, according to NOAA. 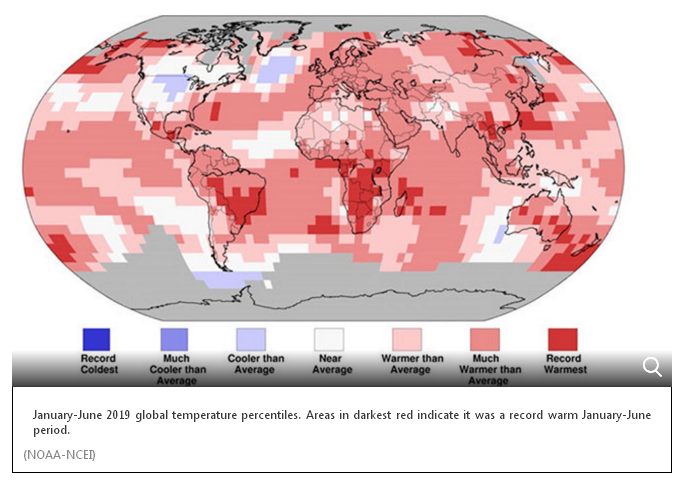 Given each month this year has been at least the fourth warmest respective month, what are the odds 2019 will end up as the hottest year on record?

NASA-GISS director Gavin Schmidt tweeted it's a near certainty 2019 will be among the top five warmest years, and likely it will be warmer than last year, with a small chance it could surpass 2016. 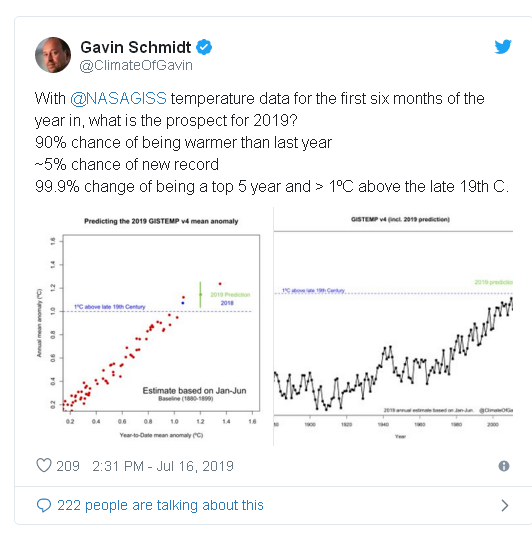 In his monthly update, climate scientist James Hansen said 2019 will probably finish second to 2016, due to a fading El Niño.

A record-tying strong El Niño lasted through roughly the first half of 2016, giving a boost to global temperatures. Hansen noted the impact on the planet's temperatures typically lags changes in El Niño by 4.5 months.

The heat is on.