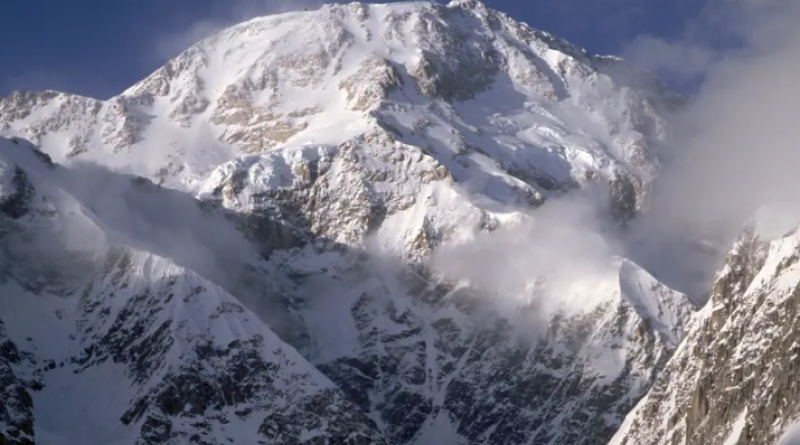 The glacier’s movement may make traversal to the summit of Denali impossible for climbers this year.

An Alaskan glacier has been recorded as moving between 50 and 100 times faster than its previous speed, according to researchers.

National Park Service workers were given a tip by a pilot who flew over the area and noticed the topography near Muldrow Glacier in Denali National Park had changes since his last flight. The NPS followed up on the tip and confirmed the change.

Jonny Kingslake, an assistant professor of environmental science at Columbia University, told Gizmodo that glacial surges were "really strange events" that have "fascinated geologists for decades."

Glaciers tend to move extremely slowly - hence "glacial" serving as a synonym for "slow" - traveling only millimetres per day before retreating as the seasons change.

However, certain glaciers, like those located in Alaska and parts of Tibet, can experience "surges" which are defined as when glacier speeds increase by up to 10 times its normal pace.

Muldrow Glacier last surged in the 1950's, when it moved four miles over the course of a few months.

Its movement can prove disruptive for humans living or traveling through the region; the NPS said that the route up to the top of Denali - which runs over the glacier - may no longer be navigable due to the its movement and the resulting changes to the route.

According to the pilot who first spotted the irregularity, Chris Palm, the glacier is now covered with crevasses, which can prove fatal to climbers trying to reach the summit of Denali.

“I was looking at the glacier and I was thinking it looks really difficult to get onto the glacier right now,” Mr Palm told the Anchorage Daily News. “It’s all shattered and torn up and jagged ice and deep crevasses everywhere.”

Unsurprisingly, climate change also has played a role in speeding up glacial movement.

One of the most striking instances of climate-induced glacial speeding occurred in 2002, when a glacier in Russia moved 11 miles (17.7 km) in six minutes, reaching a speed of 150 mph (241.4). The glacier crashed into a village and killed 100 people.

Muldrow Glacier's movement has not been attributed to climate change. Researchers believe its movement is influenced more by the glacier's elevation change and changing water dynamics inside the glacier.