‘The war has started. We’re losing’: Kerry apologises for ‘inexcusable’ lack of climate action under Trump 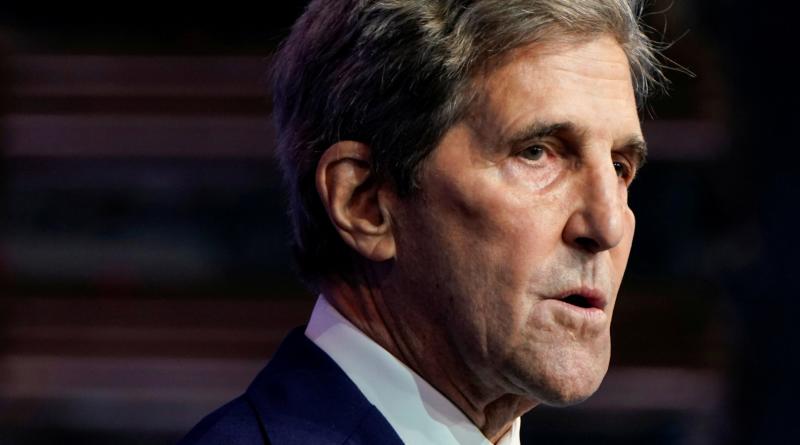 Mr Kerry spoke at the World Economic Forum, typically held in the glitzy Swiss ski resort of Davos, but this year a virtual event due to the pandemic.

John Kerry said on Wednesday that the “war had started” when it comes to the climate crisis and right now, “we’re losing".

"We’re into the decisive decade for action and the reasons for urgency are all around us,” Mr Kerry, President Biden’s international climate envoy, told attendees at the World Economic Forum.

“We’re here because we can’t afford to lose any longer,” he added.

The forum, typically held in the glitzy Swiss ski resort of Davos, is instead a virtual event this year due to the pandemic.

The little Alpine town usually welcomes around 3,000 titans of business, political thinkers and state leaders, along with thousands of climate activists, demanding speedier action .Instead Mr Kerry spoke via video-screen.

The former secretary of state has been on something of an apology tour in the past week for the failures of the Trump administration on climate, vowing that the US would “do everything in our power to make up for it”.

Mr Kerry, who helped negotiate the accords, said the US was rejoining with “humility - and I really mean that…because we know we’ve had four years in which we were inexcusably absent”.

He pointed to President Biden’s commitment to tackling the crisis. Wednesday is “climate day” at the White House with the president issuing a stack of executive orders to more rapidly cut emissions.

On Monday Mr Kerry told the UN Climate Adaptation Summit, hosted virtually by the Netherlands, that work was underway on a new Nationally Determined Contribution (NDC) - each country’s target for reducing emissions - and that the US would announce as soon as “practicable”.

He also said that the US intended to “make good” on its climate finance pledge. As part of the Paris Agreement, former president Obama pledged $3bn toward the Green Climate Fund to help poorer countries adapt. Mr Trump withheld $2bn when he became president.

In 2019, 27 countries announced contributions totalling $9.8bn. The US refused to contribute.

But Mr Kerry noted that no single country’s domestic action could fix the crisis and that“the whole world has to come to the table to solve this problem” at the UN climate summit, COP26, in Glasgow this November.“Failure is not an option,” he added. The former secretary of state said it was time to get away from the “arguments of deniers or procrastinators” which equated tackling the crisis with a poorer quality of life. Instead, he said, climate change was an opportunity, pointing to the examples of Tesla, Mitsubishi and HeidelbergCement in developing zero-emissions technology. “The bottom line my friends is as a world we have yet to be really serious and do what we need to do,” he concluded, saying that both political will and the power of market forces were neededThe world is not acting fast enough to cut the greenhouse gas emissions that are rapidly-heating the planet.

Climate scientists have said that average global temperature rise must be limited to 1.5C to avoid catastrophic consequences. The world is currently off track.  Climate Action Tracker analyzed “optimistic” net-zero commitments of 127 countries and found that the median warming estimate is 2.1C. Read more: Follow live updates on the Biden administration On Tuesday Alok Sharma , the British president of COP26, told Davos that shared concern over the climate crisis could strengthen global cooperation.Diplomats fear that tensions in areas from U.S.-China trade to debt relief for developing countries could hinder progress at the talks.But the British hosts hope that growing awareness of the gravity of the threat might serve to foster a wider spirit of collaboration in other policy areas.“2021 is absolutely going to be a critical year for climate,” Mr Sharma said. “I want to see the golden thread of climate action woven through every international event on the road to Glasgow.The G7 summit is being held in Britain in June and a Commonwealth meeting in Rwanda the following week, and a G20 summit in Rome in October.

John Kerry commits US to climate crisis fight but warns world is way off pace.