Want to turn your bicycle into an e-bike? Here’s just the gizmo 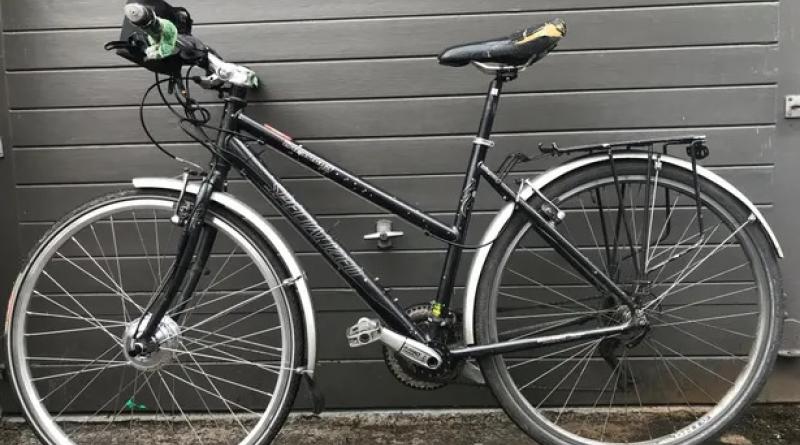 With Swytch, you can clamp a wheel, battery and sensor to any model and enjoy a power-assisted ride

I’ve been something of a sceptic about technological bike gizmos over the years, add-ons that too often seem to represent a solution in search of a problem, an attempt to reinvent something – the bicycle – that was not far short of perfect anyway.

I’m no luddite. New developments make cycling even more enjoyable and useful, not least near-puncture proof tyres and tiny, retina-searing lights. Plus, of course, there’s the amazing world of electric-assist bikes, or e-bikes.

There’s not space to fully get into why e-bikes can be a cycling gamechanger, but they are increasingly common, even in the UK, whirring along with a passenger, or cargo of kids and shopping.

If I have an issue with e-bikes, it’s that some can be slightly … overengineered. Once you clamp a battery and motor on to a bike, weight becomes a slightly moot point, and the motors on modern e-bikes are so powerful they can easily get riders up to the 15mph maximum-powered speed allowed.

And so, some e-bikes tend to be awash with, well, extra bits. Cheap suspension forks. Extraneous racks or baskets. Overly clunky components. There are, of course, many excellent e-bikes, but the world of conventional bikes is that bit more straightforward. Plus, of course, e-bikes can be expensive, and those below £1,000 tend to involve some compromise.

So what if you could turn your existing bike into an e-bike? This is not an entirely new idea. The much-touted Copenhagen wheel from a few years back attempted this. Some liked it, but it was hugely expensive – £1,700 in the UK – and seemed overly complex, working only via a proprietary phone app.

After much preamble, this brings us to Swytch, a UK mini company that raised big sums via crowdfunding, and now manufactures kits which, they say, can fit almost any bike – rim brake or disc brake, 700C wheels, or even Brompton-size.

A standard order costs £999, but if you wait a bit, every two months the company offers “pre-order” windows, where you get a 50% discount.

The concept is pretty straightforward. Your money gets you a front wheel, a compact battery/control panel that sits on a handlebar mount, plus a sensor that attaches to one crank (e-bikes provide power when you pedal, and the sensor lets the motor know this). Without an app in sight, it connects via chunky wires.

I decided to electrify a very old, very tatty hybrid bike, someone else’s “spare” bike that had lain unused in a garage for some months. Why? Partly for the sheer fun of it. Partly to see if, indeed, “any” bike could be converted.

But also I realised the bike I was going to use had carbon forks, and I was wary of putting too much strain on them. As it turns out, Swytch makes an optional torque arm for this, but it’s something to bear in mind.

So how easy was it to fit? After an initial hiccup, the short answer is: fairly easy. The hiccup? The axle on the wheel I was initially sent was too wide to fit. There are various website threads about filing down the fork dropouts, but Swytch had sent me the 10mm version, when I needed 9mm.

I’m moderately handy with bike-twiddling, and once I got the correct wheel, from box-opening to first try-out took maybe 90 minutes. All it involved was a spanner to attach the wheel, an Allen key for the bracket, and something to snip the ends off various zip ties.

It’s simple once you know how – clamp on the wheel in the correct way, attach the battery mount and sensor, and connect the wires – but I didn’t always find the instruction manual as clear as it could be. I also needed to find my own rubber grips to properly attach the bracket as the ones supplied were too thick.

I also spent a while thinking I’d got the wiring wrong, as there were two spare ones dangling from the battery. Eventually I worked out these were to attach optional brake sensors, which cut the motor when you’re slowing down.

But this is all minor stuff compared with the big question – what’s it like to ride? As with pretty much every e-bike, it’s enormous fun.

Modern e-bikes have largely shed the sudden twitch when the motor starts up and a decelerating thud when it cuts out, and the Swytch is smooth and intuitive. It’s not quite as posh-feeling as the more expensive e-bikes, in part, perhaps, as it’s front drive, but for the price it’s really very good.

What I liked most about it was the simplicity. On top of the battery pack are some enjoyably basic buttons and gauges – a big on-off switch, up-down arrows to move the power setting between five levels, and a similar, five-step battery indicator. Some people might prefer VanMoof-style on-bike speedometers and endless app settings, but I found the Swytch system reliable, clear and easy to use.

The battery pack is also simple to remove and portable. Once it’s off, the bike is still fairly obviously an e-bike, but could be less noticeable to thieves.

The relatively small battery size does limit the range a bit. The claimed average for medium power and some pedalling is about 30 miles, and if you use the system on full power – as I have done with every e-bike I’ve tried – you apparently average about 45 minutes of use. But even if, say, you had a very long and hilly commute, it would be possible to leave another power cable at work to charge the battery there.

The entire setup weighs about 3kg, though the net bulk depends on the weight of the wheel being replaced. I could happily have lifted the tatty hybrid on which I installed it up some steps if needed, not always a given for an e-bike.

But the big appeal of Swytch is that you can attach it to a bike you already use and know you enjoy riding. And with the battery off, the bike still feels more or less the same as it did before, albeit a bit weightier at the front end.

There was something particularly joyful in adding it to such an old bike, like putting a supercharger on a 1980s Volvo estate. And that’s the thing – e-bikes are, ultimately, great fun. If you have a bike you love and don’t want to give up, but you’re thinking about going electric, then Swytch could be just the thing – especially if you can get it for £500.

Electric cars are not a magic bullet for air pollution